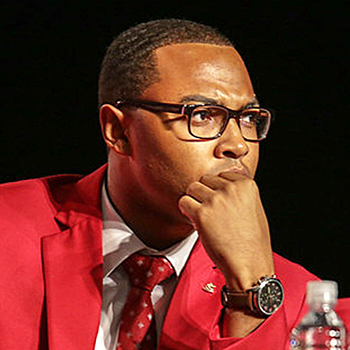 An accomplished MTSU student has been elected to the national governing panel of his fraternity.

Knox and 11 other fraternity brothers now hold the highest level of office that any Kappa Alpha Psi member can hold worldwide.

“I am humbled and anxious to take on this opportunity in working for my fraternity at the highest level possible.”

Knox will help lead a council of regional undergraduate presidents from across the country. He also will implement international policies and programs for undergraduates and alumni achievement and participation in national-level activities.

The chairmanship of the fraternity’s Undergraduate Social Institute will be in Knox’s hands. His duties include promoting the group’s initiatives, achievements, announcements and engagements of undergraduates from across the nation.

Knox also will carry out the programs of the fraternity administration’s six-point management plan to ensure the organization’s longevity.

As a member of the undergraduate grand board, Knox will have the opportunity to travel across the country to conduct fraternity business during his two-year term.

In addition to his national and international fraternity work, Knox is an MTSU student ambassador and an elected member of the Student Government Association.

He also is a co-founder of The Young and Educated, a nonprofit organization “that strictly aims to prepare the next generation for leadership and excellence,” according to www.theyoungandeducated.org.