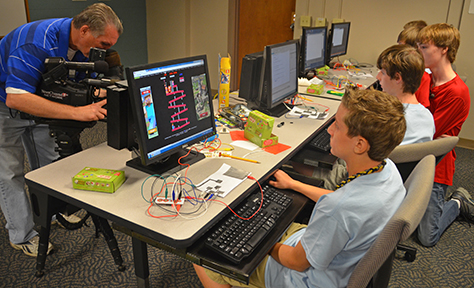 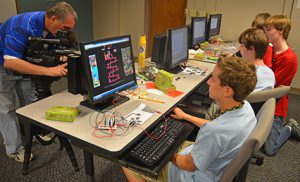 As Nashville television videographer Charlie Woodward films them, coding camp at MTSU participants David Wilson, foreground, of Murfreesboro and Jackson Smith of Franklin, Tennessee, work with software programs. Wilson, 13, will be a rising eighth-grader at Oakland Middle School while Smith, 15, will be a rising sophomore at Centennial High School. Assisting Smith is Cruz Jean, 17, of Murfreesboro, a rising junior at Central Magnet School. (MTSU photo by Randy Weiler)