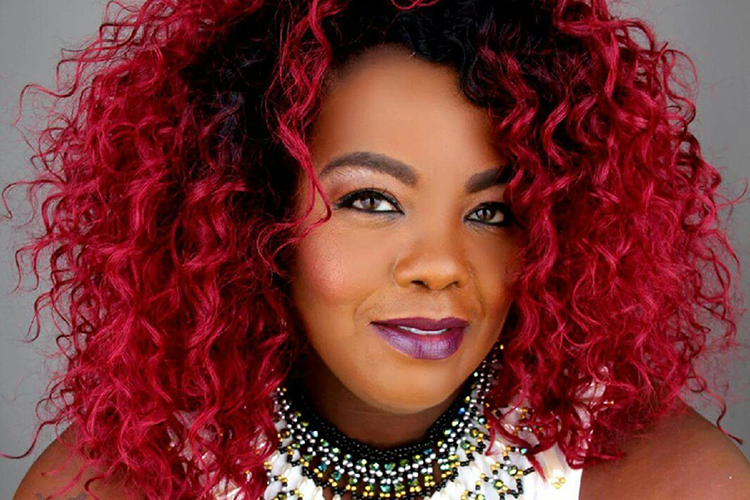 Crissy Collins, a recording artist who’s also known for her work with fellow musicians Beyoncé, Kelly Price and Luther Vandross, will speak about her career and music on Thursday, Oct. 5, in MTSU’s Keathley University Center Theatre.

Collins, who performed in Nashville last year as a background vocalist as part of Beyoncé’s Formation World Tour, will have a conversation with Beverly Keel, chair of MTSU’s Department of Recording Industry, at 9:40 a.m. and again at 11:20 a.m. Oct. 5,

“I’ve always enjoyed working with people who really want to learn. It’s not easy out here in this industry. A little help along the way can benefit anyone,” said Collins, who’s toured with Beyoncé since 2008.

The event is free and open to the public. A campus parking map is available at http://tinyurl.com/MTSUParkingMap. Off-campus visitors attending the events can obtain a special one-day permit at www.mtsu.edu/parking/visit.php.

Collins performed with and spoke to MTSU students after performing with Beyoncé in Nashville last fall, and she was so popular that MTSU invited her to return this year.

“We are so grateful that Crissy has found time once again to share her experiences and wisdom with our students,” said Keel. “She quickly made friends on campus last year and has remained in contact with several of our students. We are eager to hear about her own recording and movie career, including her album ‘Faith in Progress,’ as well as her four world tours with Beyoncé.”

A native of Niagara Falls, N.Y., Collins, a lifelong praise and worship leader, got her start at her late grandmother’s church, House of God, in Lockport, N.Y. She first pursued a recording industry career with her sister and aunt in a group called Collins Sisters and Company, and continues to work closely with her mother, Evangelist Sandi Collins, who has several ministries based in Atlanta.

Collins has appeared on numerous gospel television shows and performed in many music festivals and stages, where she has worked with artists including Edwin Hawkins, Shirley Caesar, Dorothy Norwood, Mary Mary and Dr. Bobby Jones.

She also toured with Tyler Perry’s stage play “Madea Goes to Jail” and has appeared in several Perry movies, including “Diary of a Mad Black Woman,” “Madea’s Family Reunion,” “Daddy’s Little Girls” and “The Family That Preys.”

The Department of Recording Industry is part of MTSU’s College of Media and Entertainment. For more information, visit www.mtsu.edu/recording-industry.