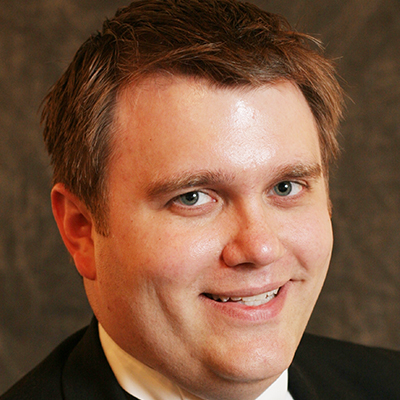 Currently on the faculty at the University of Alabama, Chance has won prizes in several regional and national competitions, including the National Society of Arts and Letters Career Awards Competition, Music Teachers National Association Competitions and the Brevard Music Center Concerto Competition.

“Dr. Chance is an engaging performer, and I am excited to hear him perform here,” said Dr. Lynn Rice-See, coordinator of piano studies at MTSU.

Chance has performed throughout the United States and abroad as both soloist and collaborator.  In 2003, he was invited to the Lake District Summer Music Festival in England, where he was featured on both of the festival’s gala performances. Recent engagements include performances at Carnegie Hall, with the Athens Chorale in Georgia and at the Des Moines Symphony Academy in Iowa, along with concerts for the Mobile (Ala.) Opera, the Mississippi Opera, Cedar Rapids Opera Theatre and multiple university venues.

He is a member of the Semplice Duo with flutist Cristina Ballatori, with whom he won the Notes at 9,000 Emerging Artist Series Competition in Colorado in August 2004. Past seasons have taken the duo to Texas, Colorado, New York and Louisiana, and they will make their European and Asian debuts in Paris and China this year.

You can listen to some of his previous performances here.

For details on more MTSU School of Music performances, call 615-898-2493 or visit www.mtsumusic.com and click on the “Concert Calendar” link.