‘MTSU On the Record’ research .. 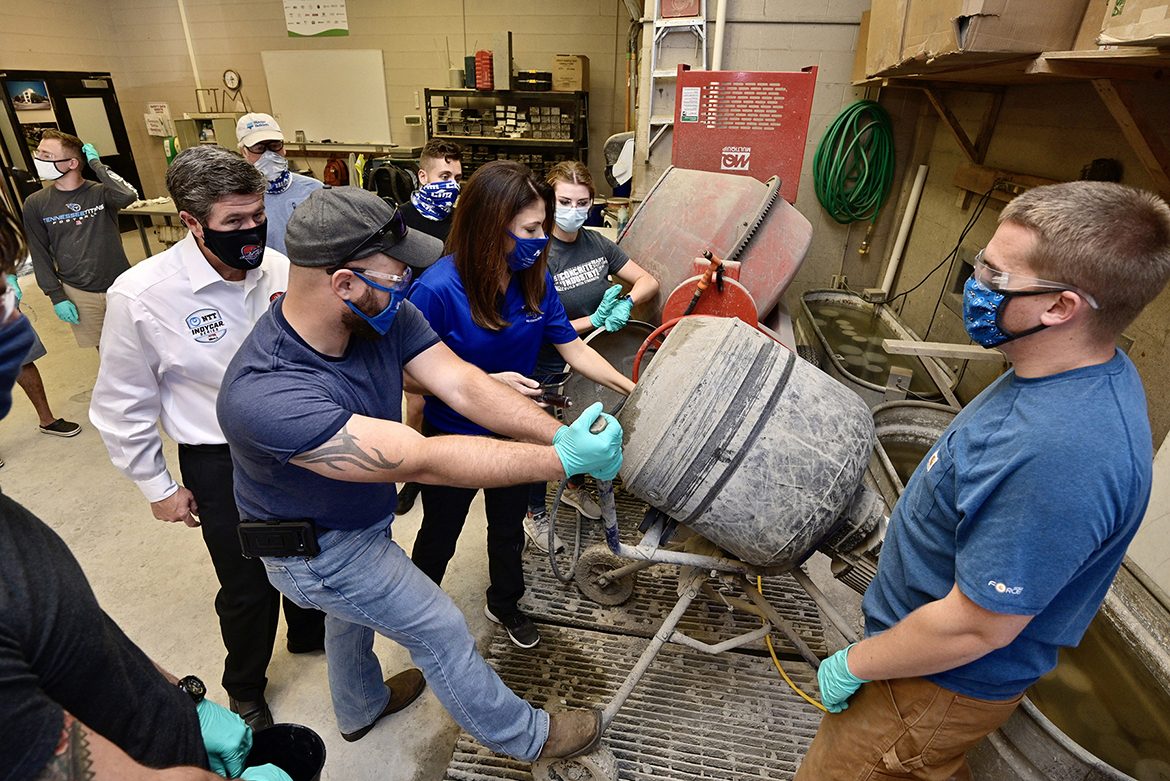 But the MTSU alumna and former Concrete Industry Management student is equally excited about taking some of her Irving Materials Inc. customers to the inaugural Big Machine Music City Grand Prix and getting goose bumps seeing some of her work and that of her peers on display and playing a critical role in the race. 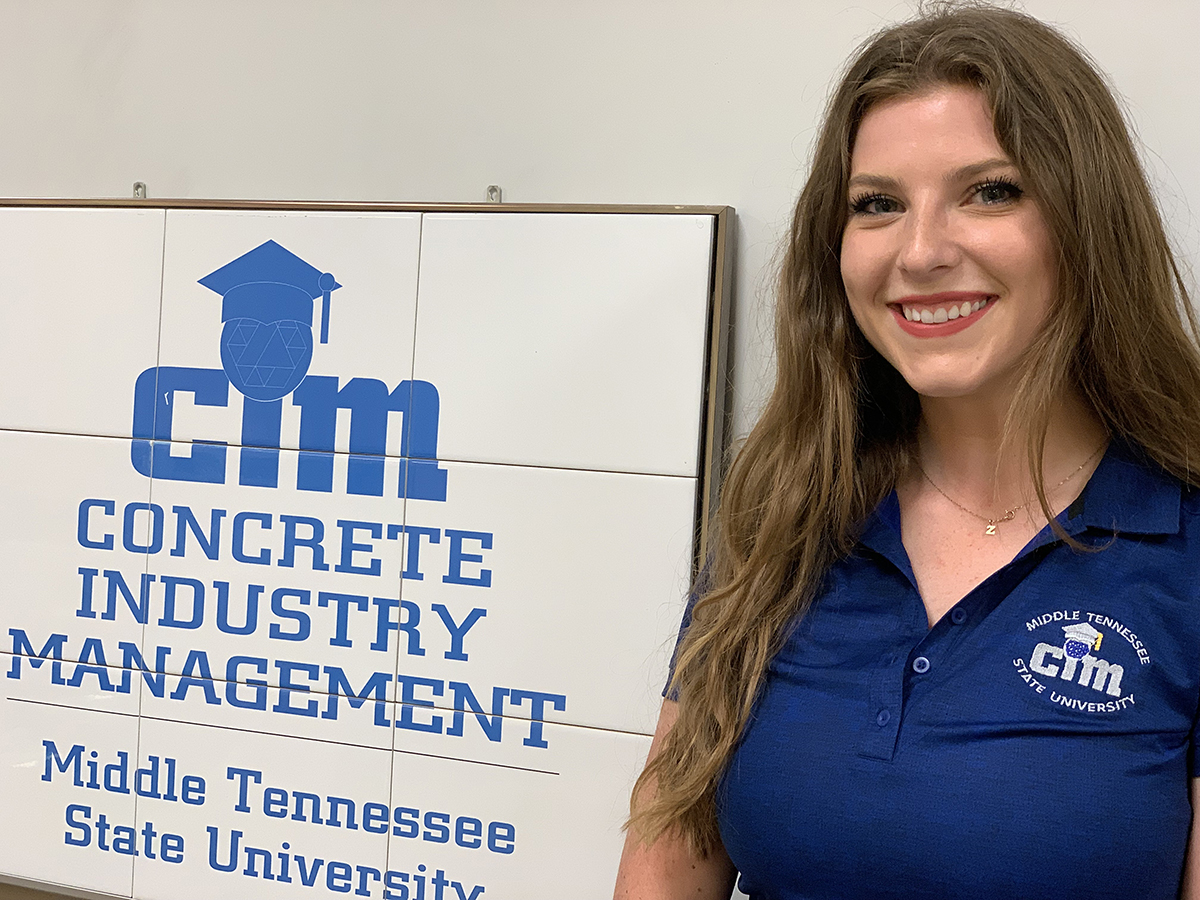 Through a partnership between the university and race organizers signed last fall, Gates and 15 students in professor Heather Brown’s senior lab class helped research and test an environmentally friendly concrete mixture for both a barrier wall and pit lane.

On race day, MTSU concrete students and alumni like Gates will be looking on knowing that they’ve made a unique contribution to this inaugural event.

“It was awesome and cool as students helping out with this national race, especially working with students I had been in school with the past four years,” said Gates, 22, a Murfreesboro resident, May graduate and the third generation in her family to pursue a career in the concrete industry.

Students were asked to take a look at mixes for the barrier wall that would be implemented by the grand prix and Ashland City, Tennessee-based Jarrett Concrete Products — the precast company led by MTSU alumni owner Travis Jarrett and business development manager Frank Bowen.

Irving Materials Inc. produced and delivered the pit row concrete, which was integrally colored black to blend in with the rest of the asphalt parking lot surrounding Titans Stadium. MTSU’s Brown monitored the installation and hardened testing to ensure the concrete would withstand race conditions.

Gates, whose father, Clark Gates, and grandmother, Betty Gates, preceded her in the industry, said students evaluated the mix design and weighed out the materials, adding that they had to “mix through a (two-minute) period of time, let it rest and then mix it for three minutes.

They created concrete beams and 4-x-8-inch cylinders as part of the test. 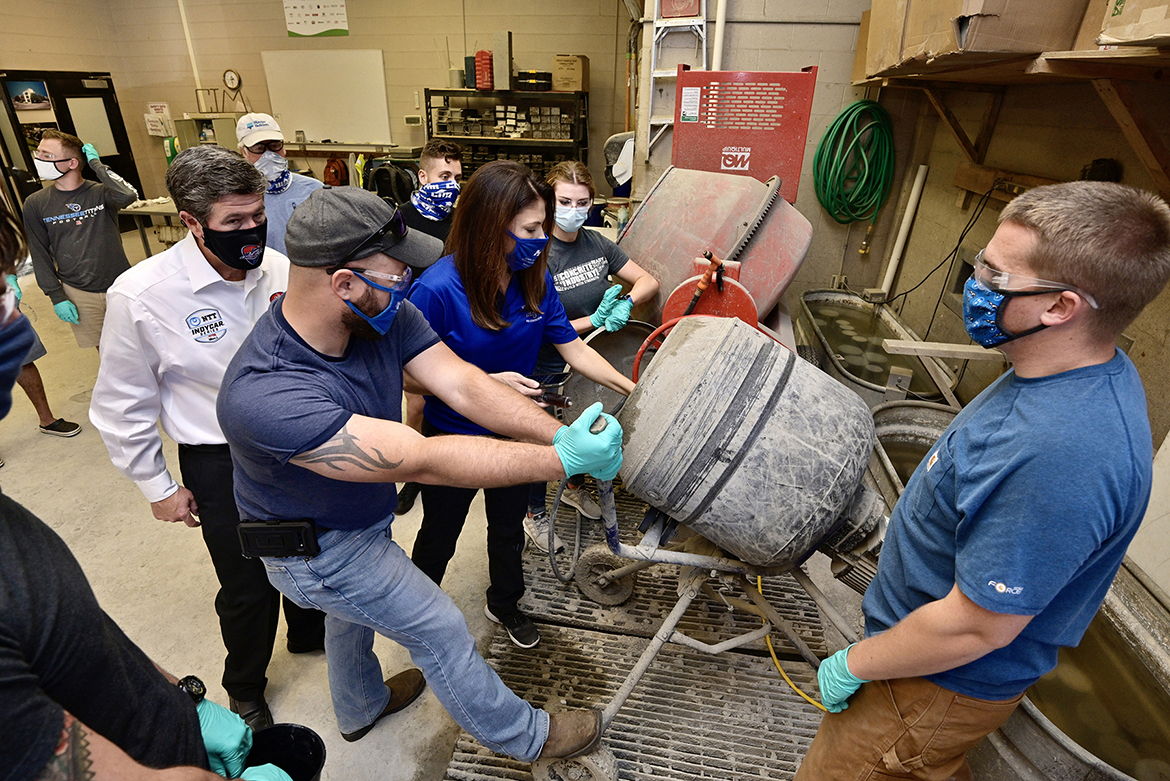 The partnership calls for MTSU to provide the race with future guidance on barrier construction, suppliers and vendors. The grand prix will offer a minimum of two internships to qualified undergraduate students each year.

“We are working to create environmentally conscious concrete mixes while not sacrificing durability and strength for the race barriers and pit lane,” said Brown, noting that more eco-friendly mixes could reduce energy and landfill impacts.

“This partnership will create advanced learning experiences for students and expand our manufacturing relationships,” she added. “Experiential learning is what MTSU works hard to bring to their students, and it wouldn’t be possible without Music City Grand Prix’s commitment to local institutions as well as STEM education and the trades.”

MTSU’s Concrete Industry Management Program is part of the School of Concrete and Construction Management in the College of Basic and Applied Sciences. 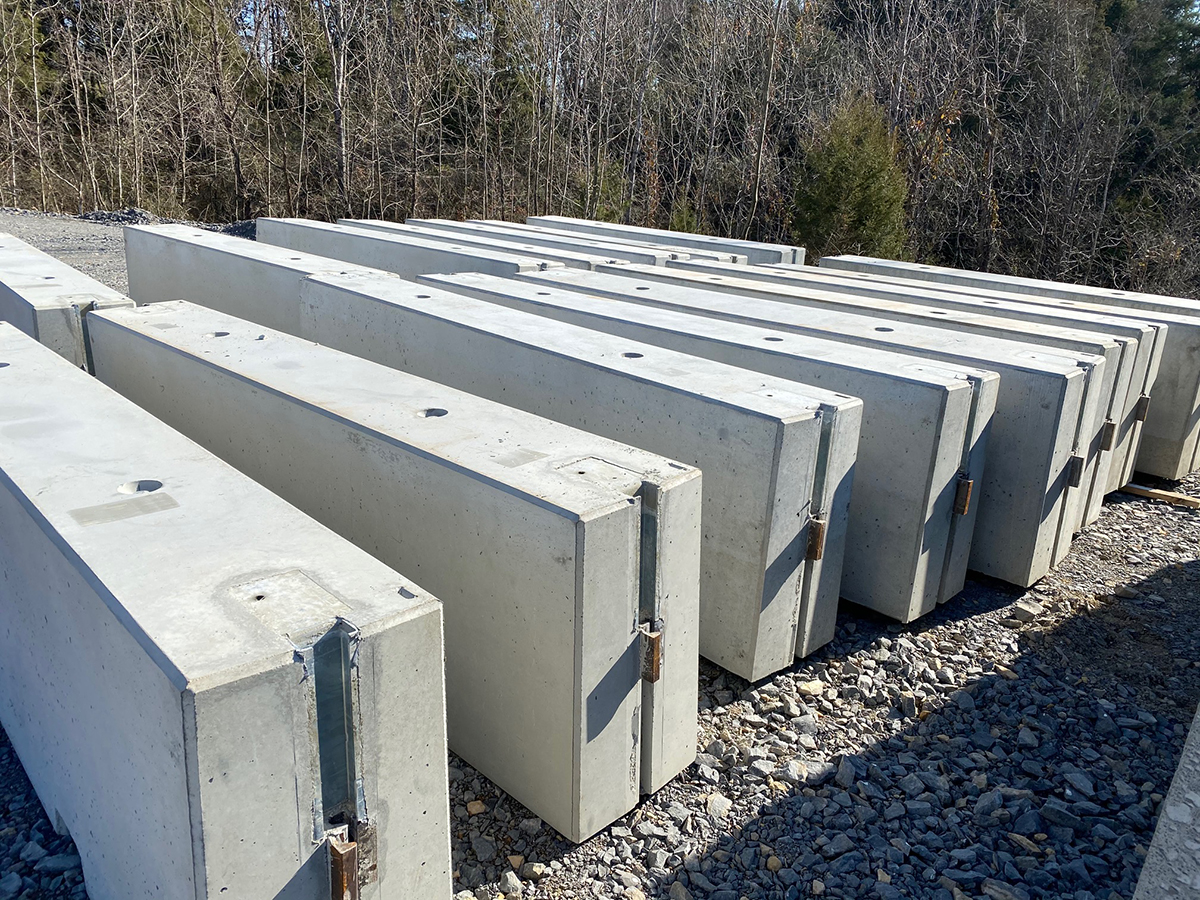 A sampling of 2,200 concrete barriers created for the Aug. 6-8 Big Machine Music City Grand Prix NTT IndyCar race in downtown Nashville, Tenn., are shown at Jarrett Concrete Products in Ashland City, Tenn. In a partnership with the racing organization, MTSU Concrete Industry Management students researched and tested the mix used to create the barriers to be used in the racing events. (Submitted photo)