Despite a strong stretch for the U.S. economy, MTSU’s most recent statewide survey of consumers indicatestheir economic outlook continues to weaken and is slightly worse than it was a year ago.

The Tennessee Consumer Outlook Index dropped to 159 from 199 in September, reports the Office of Consumer Research in MTSU Jones College of Business. This continues a similar decline from June to September of this year.

“However, the overall mood of Tennessee consumers remains positive, albeit not as positive as it was earlier this year,” said Tim Graeff, marketing professor and director of the Office of Consumer Research.

Graeff noted that the general decline in outlook was consistent across the state with consumers in Middle and East Tennessee showing the largest decline in outlook. To see the full report and previous reports, go to https://www.mtsu.edu/consumer/tnoutlookreports.php.

The current online survey of 630 Tennessee consumers was conducted Dec. 3-7 and has a margin of error of 4 percent.

A decline in consumer outlook is not the news businesses and retailers like hearing heading into December, since many retailers rely heavily on December sales numbers, Graeff noted.

The majority (62 percent) of survey respondents expect to spend less than $500 on gifts this year. 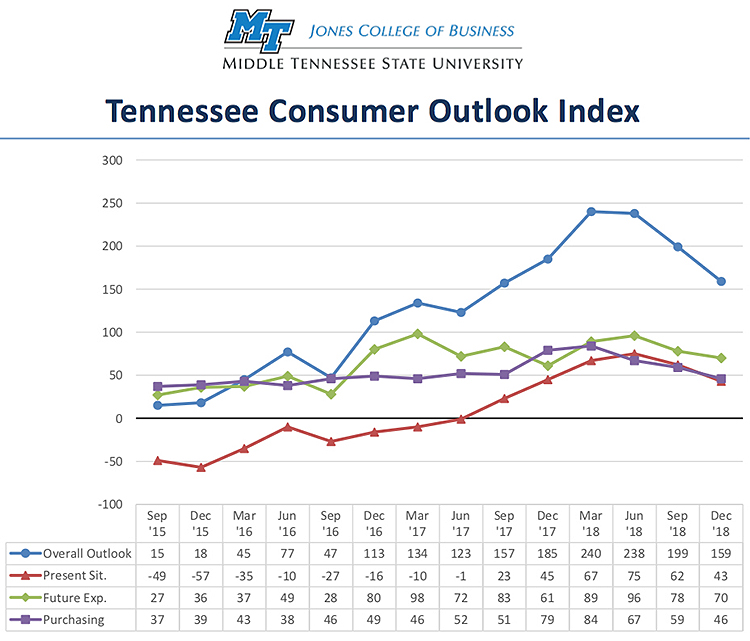 This chart shows results of the overall Tennessee Consumer Outlook Index and sub-indices since September 2015. The index is measured quarterly. (Courtesy of the MTSU Office of Consumer Research)

According to the survey, when buying Christmas and holiday gifts during the recent Thanksgiving weekend:

Nevertheless, the fundamentals of the U.S. economy remain “strong and solid,” Graeff said.

“As such, it is possible these declines in outlook are merely a correction, as consumers find it hard to believe the economy can continue to grow and expand at its current pace, evidenced by recent volatility in the stock market,” he said.

With that volatility top of mind, Graeff said “it is easy to see why consumers’ expectations for the stock market and their investments have faded” since the market saw “wild fluctuations” during the survey period of the first week in December.

From Nov. 30 to Dec. 6 the Dow Jones Industrial Average dropped a total of 878 points, or almost 3.5 percent, with some single day declines during this period reaching nearly 800 points. 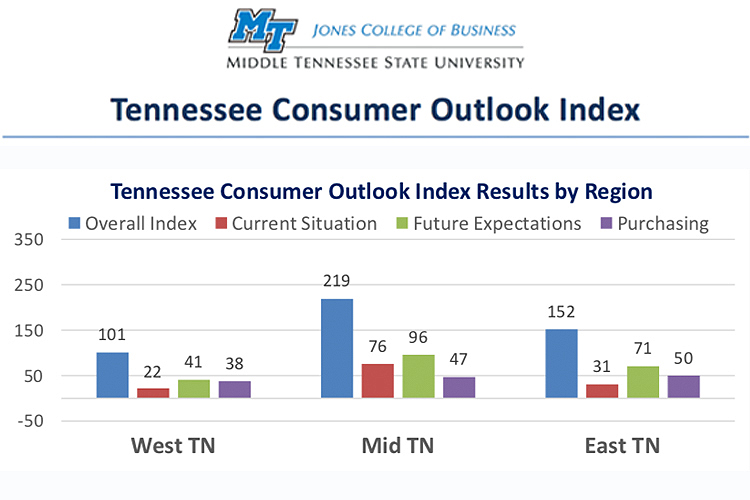 This chart compares the overall Tennessee Consumer Outlook Index by geographic region in December 2018. The index is measured quarterly. (Courtesy of the MTSU Office of Consumer Research) 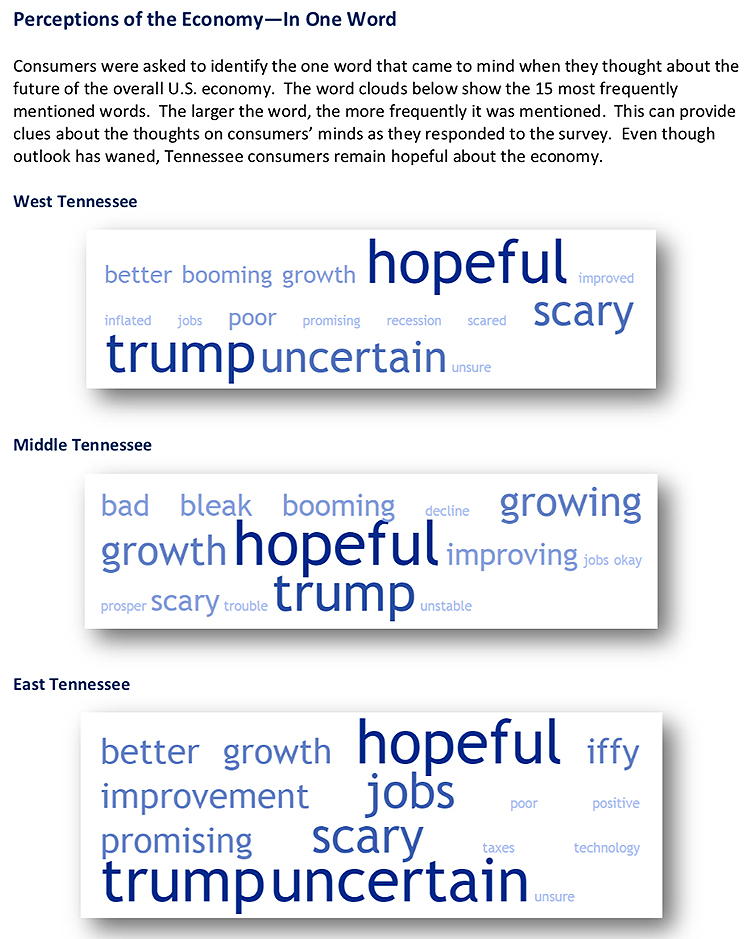