Do a little waltz with MTSU Op.. 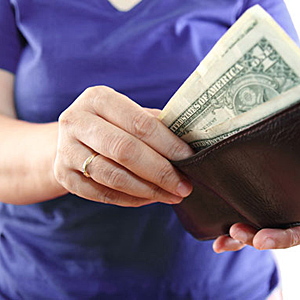 Midstate consumers’ outlook on the economy — while still optimistic — has dipped slightly since the holidays following a significant upturn at the end of 2014.

“The decline in overall outlook should not be taken as an immediate call for concern among business leaders and managers,” said Tim Graeff, director of the Office of Consumer Research in the MTSU Jennings A. Jones College of Business, which conducted the survey.

Click the image for a printable version of the full report.

“An overall index score above 300 indicates a positive view of economic conditions,” Graeff added. “Before this past December, the Middle Tennessee Consumer Outlook Index had not been above 300 since February 2007. And, compared to consumers across the rest of the country, consumers in this local area continue to hold more positive views of the economy.”

The survey’s Current Situation Index, which among other things asks consumers about their personal financial situation, continued its rise — from 77 in December to 91 this month. The percentage of consumers who said they are “better off financially” compared to a year ago jumped from 30 to 37 percent, while the percentage who said they are “worse off” dropped from 19 to 16 percent.

However, concerns about the future of the overall American economy and the job market contributed to declines in the indices on future expectations and purchasing situation. Fewer consumers feel the economy will be better in six months and fewer said now was a good time to buy large items for the home.