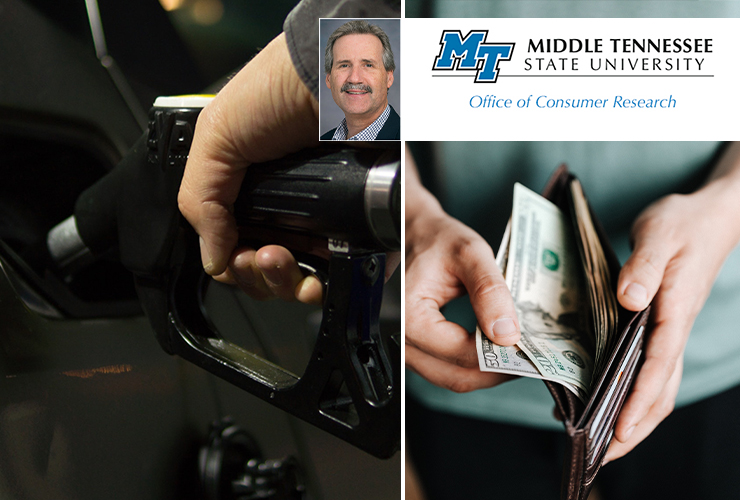 Outlook among Tennessee consumers has “declined considerably” since last December amid inflation worries and rising gas prices, according to the latest statewide survey by Middle Tennessee State University.

The Tennessee Consumer Outlook Index registered a score of -198, down significantly from -93 in December and besting the previous all-time low -106 in September, reports the Office of Consumer Research in the Jennings A. Jones College of Business at MTSU.

“This was due to deteriorating views of the current economy, more pessimistic expectations for the future of the economy, and waning beliefs that now is a good time to make large purchases,” noted Tim Graeff, marketing professor and director of the Office of Consumer Research. “Not only did all three sub-indices decline, but all indices are now negative.”

The current online survey of 646 Tennessee consumers was conducted March 1-8 and has an error margin of 4%. To see the full report and previous reports, go to https://www.mtsu.edu/consumer/tnoutlookreports.php. 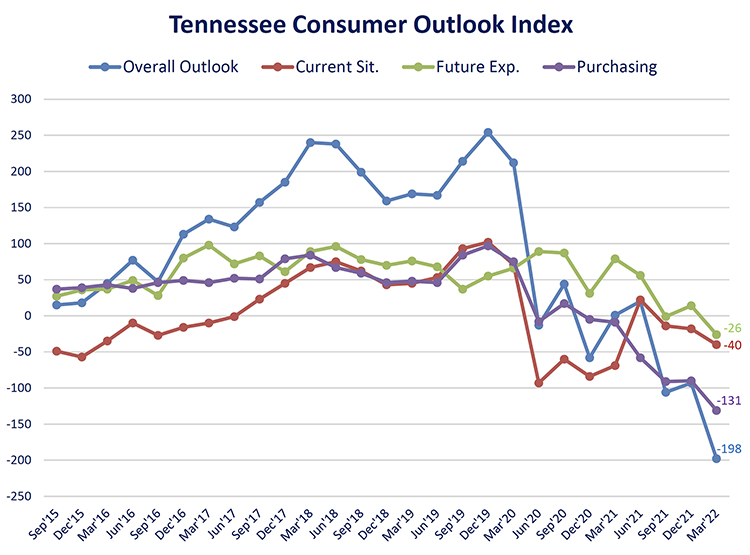 This chart shows results of the overall Tennessee Consumer Outlook Index and sub-indices since September 2015. The March 2022 index registered an all-time low of -198, down from -93 in December. The index is measured quarterly. (Courtesy of the MTSU Office of Consumer Research)

Recent declines in the stock market have led to “growing worries” about the future value of savings and investments, Graeff said, adding that pessimism has also increased about the federal government’s ability to improve economic conditions as the U.S. and the world grapple with Russia’s attack of Ukraine.

“Current events in Ukraine have caused consumers to become more concerned about potential military conflicts with other nations,” Graeff noted. “Adding to the negative outlook is Tennessee consumers’ general disapproval for the way President Joe Biden and the U.S. Congress are handling the economy.

“However, there is relatively more approval for how Gov. Bill Lee and the Tennessee General Assembly are handling the state economy.”

The growing pessimism is “not good news for local businesses and retailers,” Graeff continued. “Given that two-thirds of the U.S. economy is from consumer spending, even slight decreases in consumers’ outlook for the future can inhibit future economic activity and growth,” Graeff said.

This chart shows results of the overall Tennessee Consumer Outlook Index and sub-indices as well as results by region of the state since December 2021. The March 2022 index registered an all-time low of -198, down from -93 in December. The index is measured quarterly. (Courtesy of the MTSU Office of Consumer Research)

About the Consumer Outlook Index

The Tennessee Consumer Outlook Index scores are based on consumers’ responses to 11 questions measuring their perceptions of the current economy, the future economy, jobs, personal finances, and whether now is a good time to make large purchases. 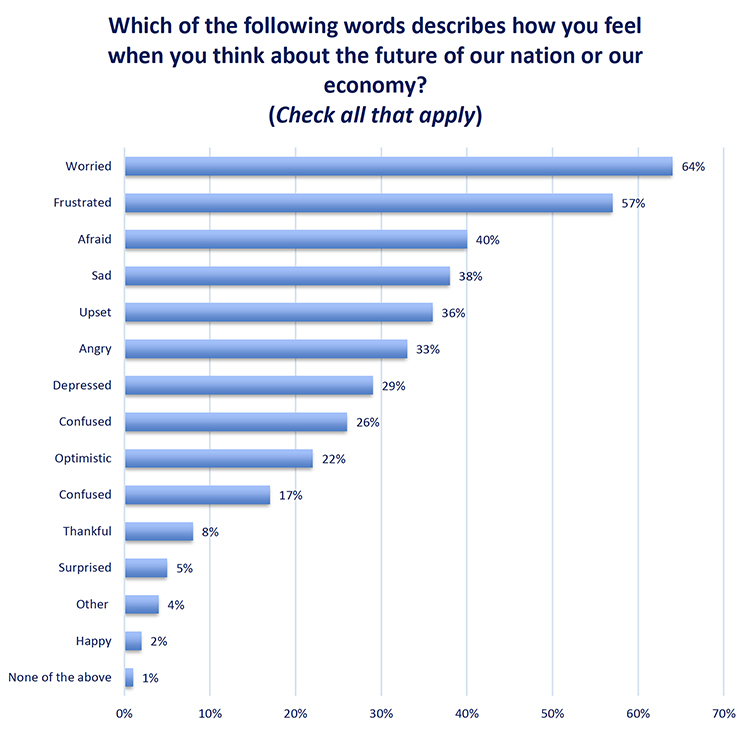 This chart from the March 2022 Tennessee Consumer Outlook Index asks survey respondents to share their feelings about future of the nation and economy. (Courtesy of the MTSU Office of Consumer Research)