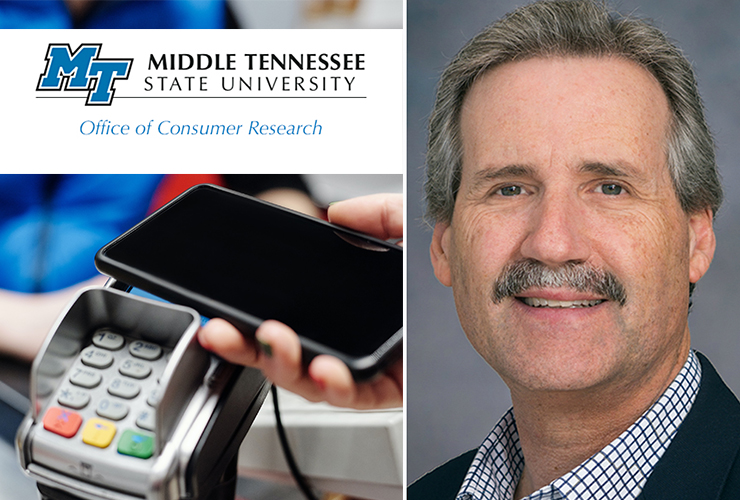 The Tennessee Consumer Outlook Index recovered from an all-time low as shoppers have “regained some of their lost confidence in the economy,” according to a survey by Middle Tennessee State University.

The Overall Outlook Index returned to positivity this month with a score of 44, up from June’s plunge to -13 as the economic ripple effects from the coronavirus pandemic became more acute, reports the Office of Consumer Research in the Jennings A. Jones College of Business at MTSU.

“Tennessee consumers have become more upbeat about the current economy, indicating they perceive an economic recovery has begun,” said Tim Graeff, marketing professor and director of the Office of Consumer Research. 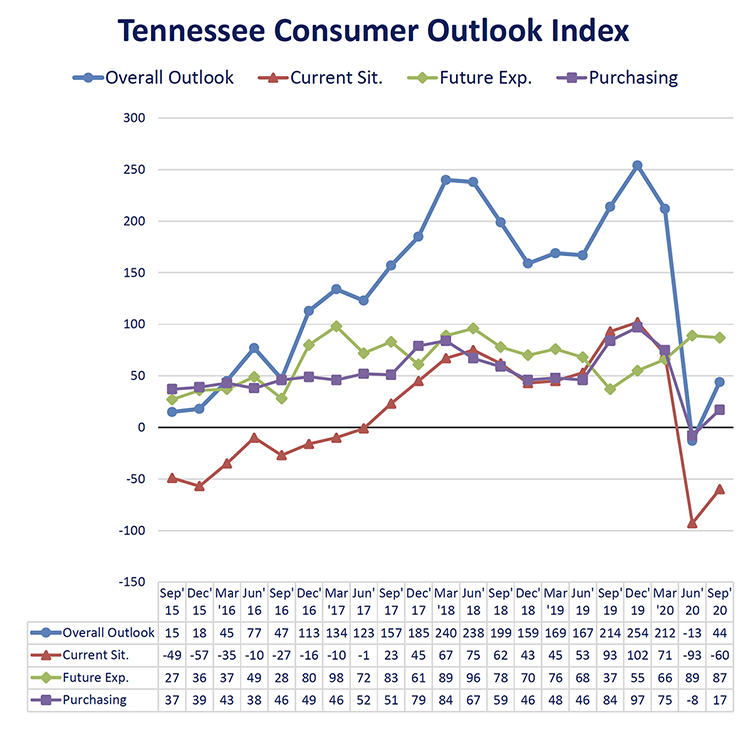 This chart shows results of the overall Tennessee Consumer Outlook Index and sub-indices since September 2015. The September 2020 index rose to 44 from -13 in June. The index is measured quarterly. (Courtesy of the MTSU Office of Consumer Research)

“This suggests a budding sense among consumers that while the economy is struggling, it is improving and consumers are becoming more willing to open their wallets and spend money, which can stimulate even further economic growth,” Graeff noted.

The current anonymous online survey of 620 Tennessee consumers was conducted between Sept. 4-14  and has an error margin of 4%. To see the full report and previous reports, go to https://www.mtsu.edu/consumer/tnoutlookreports.php.

This chart compares the overall Tennessee Consumer Outlook Index by geographic region in September. The index is measured quarterly. (Courtesy of the MTSU Office of Consumer Research)