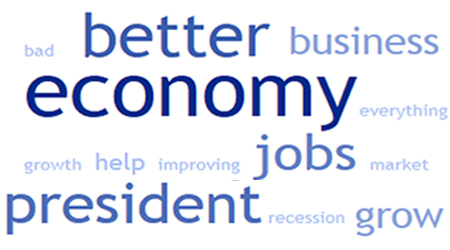 Local consumers have become more optimistic about the future of the U.S. economy, according to a new three-county survey by Middle Tennessee State University.

The Office of Consumer Research at MTSU reported that after a decline in their outlook at the end of 2012, the overall consumer outlook index rose to 144 from 106 in November. The current poll of 334 randomly selected adult residents of Davidson, Rutherford and Williamson counties was conducted by phone on the evenings of Jan. 29-31.

Tim Graeff, director of the Office of Consumer Research, said the more positive perspective from consumers was fueled by increasingly more positive views of the current economy, greater expectations for the future of the economy and a growing sense that now is a good time to make large purchases.

He noted, however, that a concern among retailers and businesses is whether or not this more positive outlook on the economy will lead to increased consumer spending.

“Even though consumers have a more favorable view of the future of the economy their spending might not necessarily increase,” Graeff said. “Continued concerns about the job market and the negative effects of increasing taxes might dampen the effects of a positive outlook on consumers’ desire and ability to spend money.”

Higher taxes also are giving consumers concerns about their ability to save money now and in the future, Graeff said. You can view the report here.