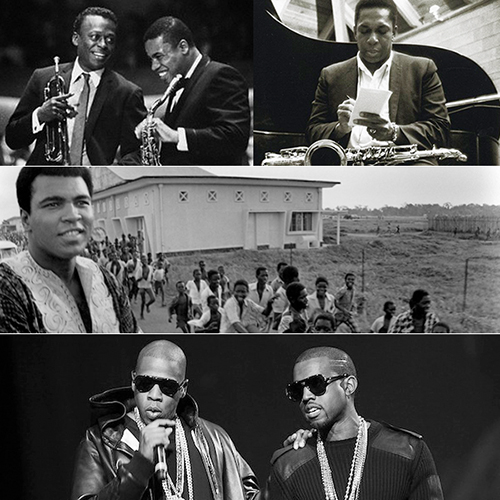 The impact of avant-garde jazz on five decades of fashion was the subject of a recent “MTSU On the Record” radio program.

Host Gina Logue’s interview with Dr. Rick Cottle, an assistant professor of textiles, merchandising and design at MTSU, first aired July 11 on WMOT-FM (89.5 and www.wmot.org ). You can listen to their conversation below.

Cottle co-authored “From Suits to Robes,” an examination of avant-garde jazz music’s impact on fashion, for the academic journal “Fashion, Style and Popular Culture” with his son, Adam, of Savannah State University, and Dr. Thomas Bell of Kansas State University.

The authors maintain that the unique jazz stylings of artists such as Miles Davis and John Coltrane influenced more Afrocentric clothing styles in the 1960s and 1970s that corresponded with black liberation political movements of the period.

They further assert that these fashion statements also influence the hip-hop and rap music generation.

“Why, all of a sudden did (jazz musicians) go from dark suits, white shirts, black ties in the Fifties … to the dashikis … and African-inspired colors?” said Cottle.