Best Places to Study on Campus

The Center for Popular Music at Middle Tennessee State University continued its new series of special “unconferences” on old-time music on Friday, March 12, this time bringing together a trio of experts to discuss race, class and gender with an enthusiastic audience.

You can watch the discussion in its entirety above.

Organizers gave their gatherings the “unconference” title intending to keep the get-togethers as “radically decentered conversations,” encouraging a core group of panelists to discuss each topic with audience members who tune in online.

March 12 guest Hargreaves is an award-winning fiddler who’s performed with a roster of artists that includes Dave Rawlings, Gillian Welch and Laurie Lewis.

The Durham, North Carolina-based musician is currently working as a duo with banjoist Allison de Groot and teaches bluegrass fiddle at the University of North Carolina in Chapel Hill.

Martinez is completing her doctoral degree at the Department of History at the University of California, Los Angeles, where she’s studying the intersection of race, capitalism and popular culture in the late 20th century and teaching courses in the department.

The LA resident’s dissertation looks at country music’s roots in Black, Indigenous and Latino music and how the industry “disregarded the music’s multiracial and multiethnic roots and embraced a politics of white conservatism.” 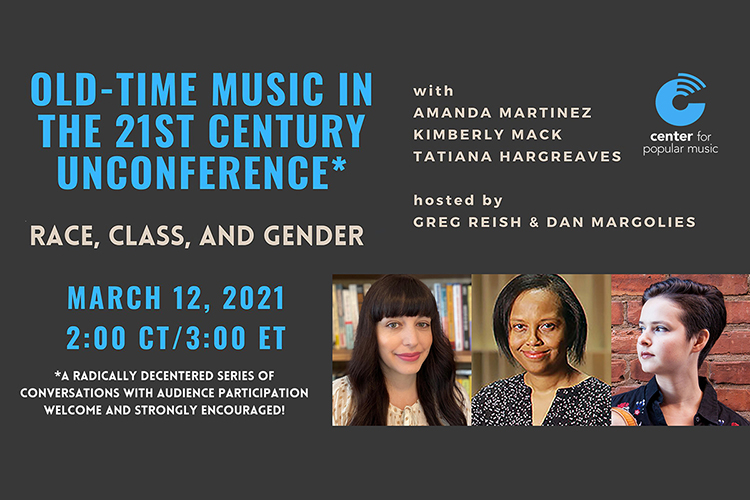