The Zoom link for the free public event is https://mtsu.zoom.us/my/sonjarocho, and the passcode is Veracruz. 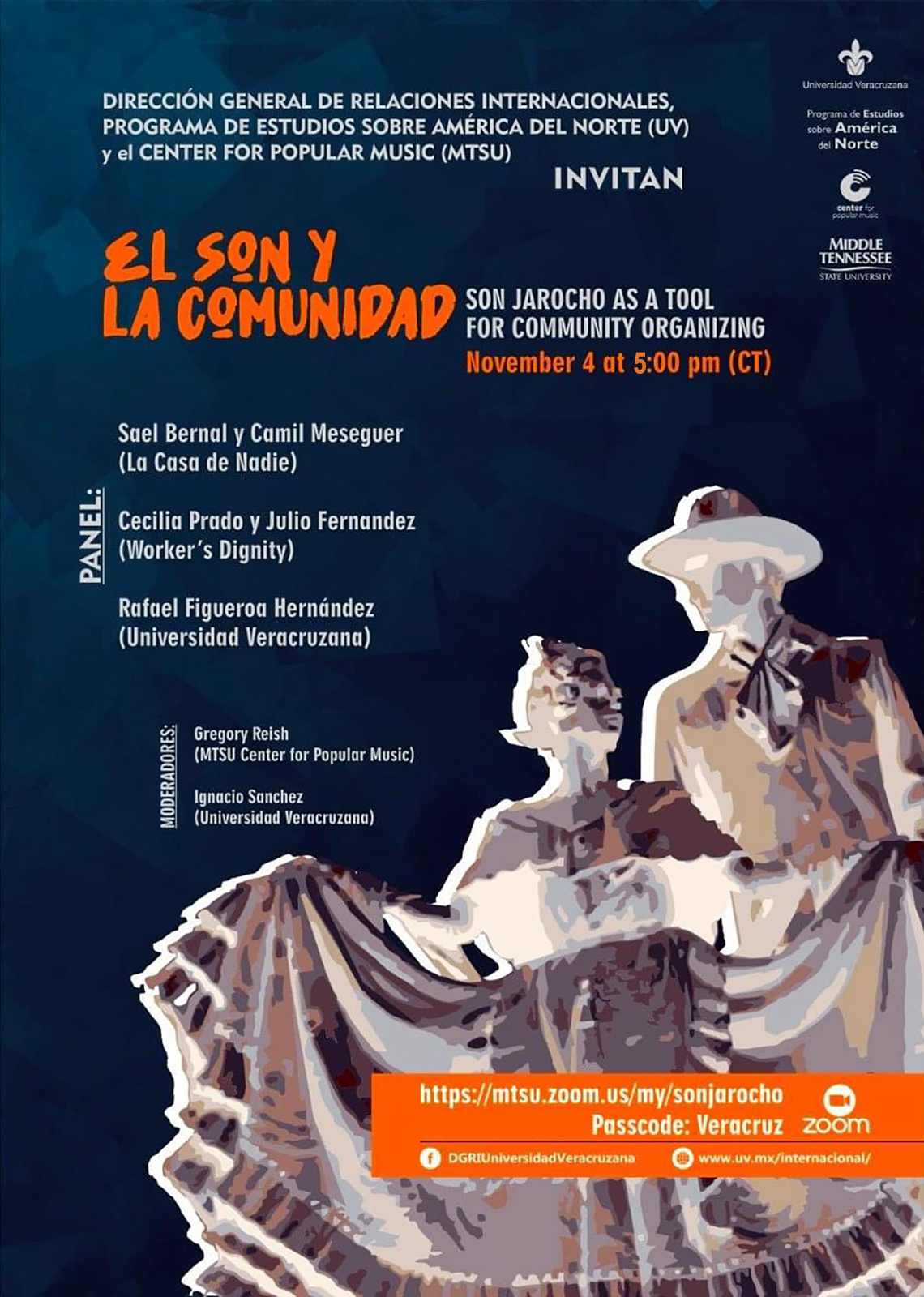 Center director Greg Reish and Ignacio Sanchez of the university in Veracruz will serve as moderators.

Son jarocho music originated when Spanish, Indigenous and African cultures came together in the Gulf Coast region of Mexico, particularly the state of Veracruz and its ports, as African slave trade expanded in the 15th and early 16th centuries.

The traditional, rural style includes stanzas sung by a pregonero, or lead singer, to the accompaniment of regional guitars and a harp; the best-known song is probably “La Bamba,” popularized by music pioneer Ritchie Valens by combining traditional Latin American music with rock.

Son jarocho also incorporates the resistance and social justice efforts of its founding cultures. The tradition has continued through the years as people used fandangos, or community festivals, where son jarocho music was played as opportunities to inform and organize communities.