“Crash that self-doubt. Shatter it”: How MTSU helps women succeed 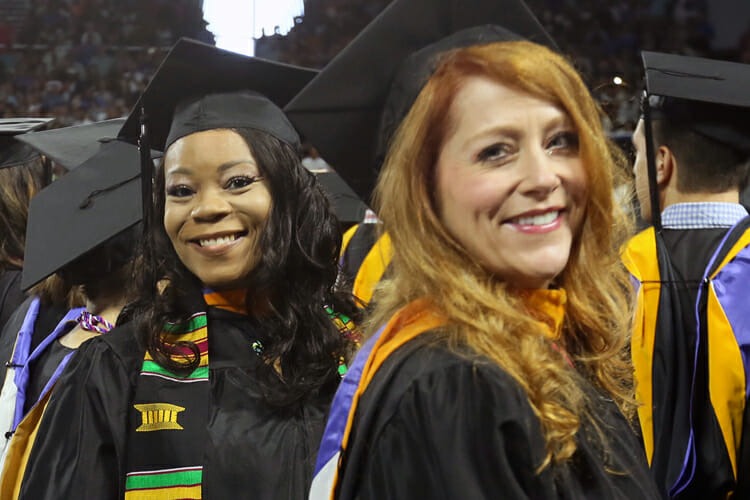 It’s no secret that MTSU is one of the most diverse universities in the state. With rankings far above the national average for student body diversity, it’s definitely something we’ve earned the right to boast about.

One of the most notable aspects of these statistics is MTSU’s gender diversity. Since the university’s conception in 1911, during a time that women had very limited access to education, MTSU has worked for gender equality through equal-access educational programs. The impact of this is evident today, as women make up 53.9% of the student body.

So with such a strong female student body, how does MTSU help women?

Barbara Scales, former director of the June Anderson Center for Women and Nontraditional Students, has the answer to this question and more. (Editor’s note: Scales, who served MTSU since 2013 helping advocate for women and minorities across campus, recently left the university for an administrative position at Motlow State Community College. MTSUNews.com’s Student Voice spoke to her before her departure.) 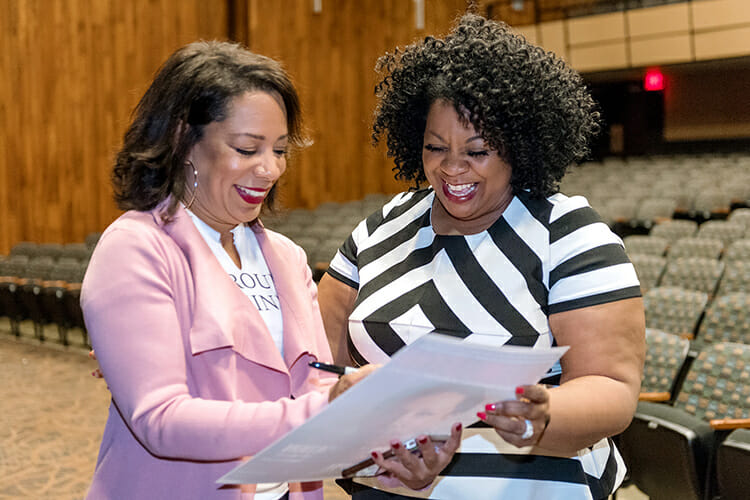 “Anything that students need, we’re going to be advocates for them,” Scales said, smiling proudly. “So if they’re struggling in any kind of way, whether it’s personal or academically, they can come to our office and we can advocate.”

Scales explained that many women need guidance in dealing with future employment.

“We know for every one dollar a man makes, a woman is going to make 80 cents. And it’s even less for a woman of color.”

To combat this, Scales partnered with the Murfreesboro chapter of the American Association of University Women to help institute “Work Smart, Start Smart,”  a workshop series aimed at helping women learn negotiating and interviewing skills before graduation. 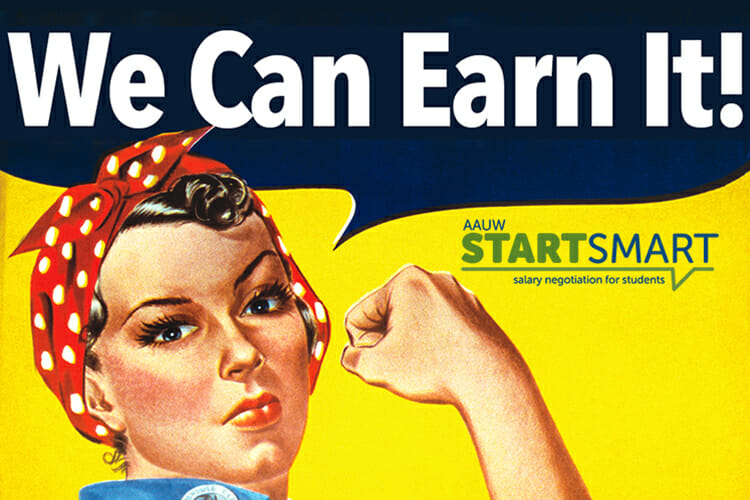 “We teach our young ladies how to negotiate and what that looks like, how to build their branding statement, to know their value and to view their accomplishments in college and in the workplace,” Scales said. “All those together help them come up with a great negotiation strategy.”

The program is divided into two sections. The first, which runs for an hour, gives women the instruction they need to negotiate. The second allows them to implement the new skills by performing mock negotiations.

“We also teach them the strategy of not only just looking at your accomplishments but also looking at what the job requires and how you match up with that,” Scales said. “So we teach them all these business strategies on how to make sure that they’re going out and negotiating. And let me tell you: it’s amazing.

The Anderson Center also advocates for women with “Day on the Hill,” where students partner with the AAUW and go to the state Capitol in Nashville to speak with legislators about women’s issues.

“We know that in order for us to make a change, we’re going to start having to be advocates for ourselves,” said Scales. “That is going out and making those things for ourselves.”

Another equally impressive event is the annual “Scaling the Glass Ceiling” event at MTSU, hosted by Alpha Omicron Pi Sorority and the Anderson Center. The event features a panel discussion on ways women can break through the “glass ceiling” that prevents women and minorities from achieving equality in the workforce.

The 2020 event is scheduled in March, but this time it includes a twist.

“The event speaks to the whole university,” Scales explained. “It really talks even more about how we can empower women. But this time we’re taking a different spin on it — we’re also going to encourage men to be a part of that discussion, because we know it’s going to be men who are going to help us support that, and them standing up and saying ‘No, what we’re doing is wrong. We gotta start doing this for our women’ is what is going to help change things.”

The Anderson Center also helps empower women through the Power of One initiative. Three years ago, MTSU received a grant to help raise awareness of and help end gender-based violence on campus. Using the grant from the U.S. Department of Justice’s Office of Violence Against Women, the center hired Kelly Hill as grant coordinator.

Thanks to this program, the center provides training and education for different campus groups through activities and events like the popular “Walk a Mile in Her Shoes,” which allows male participants to walk a mile in high heels to raise awareness about sexual assault on campuses. The video below from the university’s 2019 event includes comments from Hill.

“All of athletics gets training, all before they hit the field. All of the scholars programs get training. Every single Greek life member gets that training,” Scales said. “All of that training is really built on teaching our students to stand up and speak up, and when they see something happening to do something about it and to give them the resources they need in order to do that.”

Apart from the June Anderson Center, MTSU even has specific support for women in STEM— Science, Technology, Engineering, and Math. MTSU’s WISTEM Center allows women to “realize the intellectual potential and utilize the expertise of women in the STEM disciplines,”  according to the center’s page. And thanks to the dedication the center exhibits, they just celebrated 10th anniversary of serving MTSU’s women!

In addition to supporting college women, MTSU has extended the love to the young women of Tennessee by hosting the extraordinary Expanding Your Horizons conference— a yearly conference that allows young women in middle and high school to gain hands-on science, technology, engineering, and mathematics experience led by countless community volunteers. 2019’s EYH conference on September 28 marked the 25th MTSU EYH anniversary!

Events like these put women’s issues front and center at MTSU, and Scales said she couldn’t be more proud.

Author Angele Latham is a senior at MTSU, majoring in visual communication in the School of Journalism with minors in criminal justice administration and global studies.