Cuba in the Raw: A Story of Sugar

Cuba in the Raw: A Story of Sugar

An MTSU Professor helps tell the tale of pre-revolution Cuba 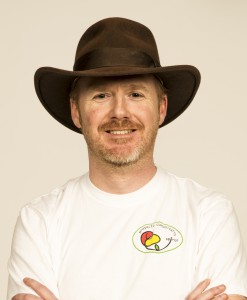 When someone mentions Cuba, most people conjure images of Fidel Castro, cigars, the missile crisis, or even people on makeshift boats risking their lives to reach the United States and freedom.

Still communist, still isolated, and still ruled by Castro (albeit Raul, not Fidel), Cuba is America’s closest off-shore neighbor, yet so little is known about it here in the States.

Dr. Ric Morris, an MTSU professor of Spanish, intends to change that. He recently produced and narrated a 58-minute documentary film titled Cuba in the Raw: A Story of Sugar.

Morris has traveled to Cuba seven times. Cuba in the Raw is his first documentary, one borne from his observation of how little American students know about the history of Cuba.

Morris says he produced the documentary to fill in the gaps of Cuban history. The film centers on Cuba’s rich history of sugar production. As narrated in the film: “Slaves worked it; Europeans consumed it, traded and dreamt about it. And nations went to war over it. Sugar was the petroleum of its time.”

Cuba’s production of the world’s sugar has declined to just 10 percent, but at one time the island produced up to 40 percent of the world’s supply. Sugar plantation owners grew wealthy using slaves, who worked the fields and processed the sugar. 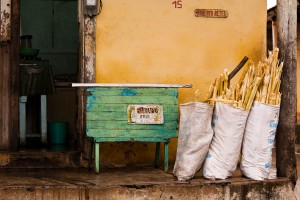 “To get at the crystals, you have to boil that 80 percent of water away,” Morris explains. “Traditionally, this was done in a series of kettle-like vats that were tended around the clock by the slaves, usually in four-hour shifts because the heat was so intense.”

“They know more about the Cuban-American history, the shared history, than we do, and it’s a little bit embarrassing. “

Morris’s “story of sugar” begins with Christopher Columbus’s discovery of Cuba in October 1492. Morris says sugar was available in Europe at the time, but it was exotic and expensive because it had to be transported in caravans from India.

It wasn’t long before Spaniards and other Europeans were migrating to Cuba and Hispaniola to become sugar farmers. It required heavy labor, and the Spanish turned to African slave labor. As the film depicts, by 1505, just 13 years after Columbus’s first voyage, the first shipments of African slaves arrived in Hispaniola for the primary purpose of working the sugar cane. The work was backbreaking. Planting and cultivating resulted in heat exhaustion and heart attacks, and the boiling and refining of sugar in intense heat was equally labor-intensive.

By the 1600s, uses grew beyond table sugar. As explained in the film, sugar brandy was a rich alcoholic beverage distilled from molasses, the dark, syrupy byproduct of the sugar refinement process. Unlike wine and beer, sugar brandy traveled well. Sugar brandy became associated with pirates and later was refined into rum. 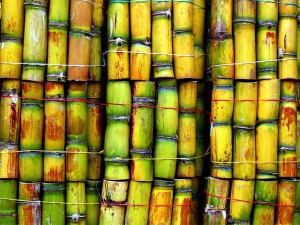 According to the film, rum manufacturers sprang up across the Caribbean, and by the close of the 17th century, rum was being produced not only in Spanish-speaking Cuba and Hispaniola but also in English-speaking Barbados and French-speaking Martinique and Guadalupe. Slaves became the most important cog in what was now a perfect economic machine, Morris says. Sugar cane was made into rum; rum was used to buy slaves; and slaves harvested more sugar cane. Rum production doubled, then tripled. By 1770, Cuba was home to about 39,000 slaves, about a quarter of the total population of the island. By 1850, the slave population had increased to 460,000, or nearly half the population.

By the late 1830s, Cuba was the largest cane sugar producer, accounting for 25 percent of the world’s supply. Small wonder, then, that early on, American politicians eyed Cuba with interest and spoke openly of acquiring it as a state or territory. Secretary of State John Quincy Adams saw the acquisition of Cuba as the next logical step in the nation’s manifest destiny. He wrote to President James Monroe that, “the annexation of Cuba to our federal republic will be indispensable to the continuance and integrity of the union itself.”

So why didn’t the U.S. do just that? Morris explains that antislavery sentiment and concern over legitimizing Southern slaveholders kept one administration after another from annexing Cuba.

Fast forward half a century, and Cuba’s role as a primary producer of sugar cane continued to play a role in American life. With Prohibition in the Roaring ’20s, Americans flocked to Cuba to enjoy rum. According to the film, the American thirst for booze was intensified when the Bacardi company, in business since 1862, ran ads in American magazines inviting readers to come to Cuba and bathe in Bacardi rum. 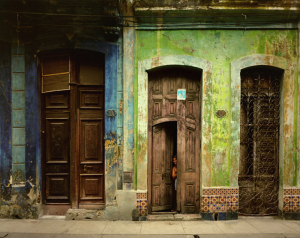 Rum demand and air service combined to make the Cuban-American relationship mutually dependent. But when other countries flooded the market with sugar, the price dropped. As the film depicts, Cuban-owned sugar mills defaulted on their loans and went bankrupt. Banks folded. The U.S.-owned mills, whose loans were more secure, fared better. American corporations bought up sugar mills and real estate.

It is here where Morris’s documentary ends. After repeated coups, military crackdowns, and economic instability, Fidel Castro led a revolution in the late 1950s and took control of Cuba. But Morris is in no way finished with his fascination for Cuba. In the future, he hopes to explore the Cuban legacy of American chocolate maker Milton S. Hershey.