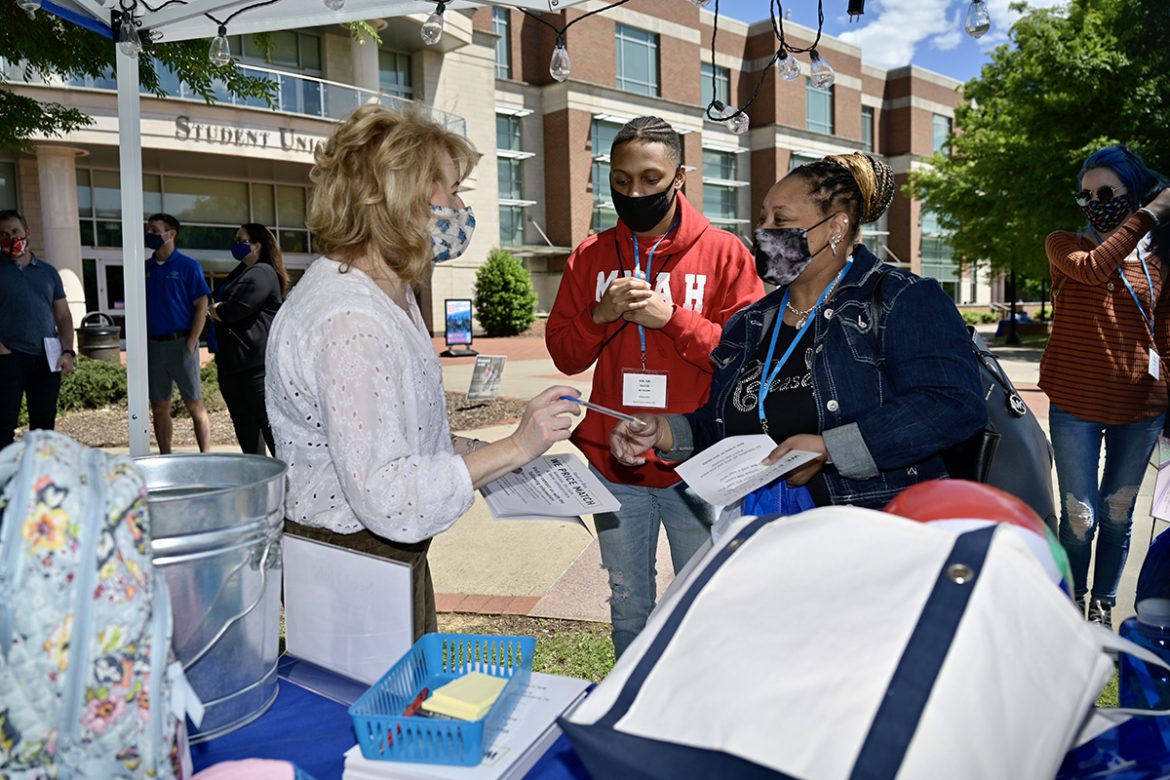 Nearly 150 high school seniors planning to start college in late August at MTSU and more than 100 guests with them made their way to the Student Union Commons for the end-of-the-day Yard Party as new student CUSTOMS orientation began recently for incoming freshmen. 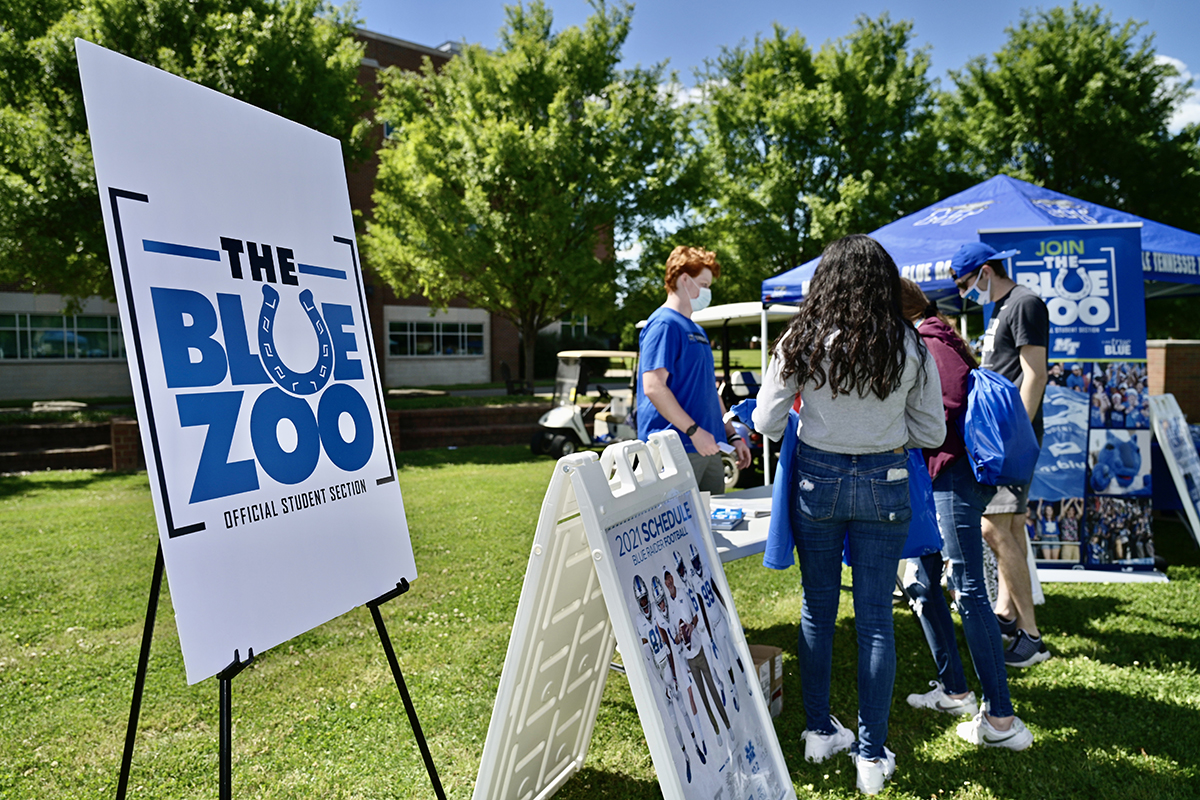 New MTSU freshmen students attending the recent CUSTOMS orientation learn about The Blue Zoo student pep organization. A variety of campus departments and student organizations participated in the Yard Party in the Student Union Commons that helped wrap up the one-day orientation for new students. (MTSU photo by Andy Heidt)

It has been two years since in-person CUSTOMS had been held on campus. The COVID-19 pandemic temporarily paused the traditional way MTSU welcomes new students last spring and summer.

Orientation will continue until early August for more than 4,000 combined freshmen and transfers students. To view the complete schedule, dates and more, go here. 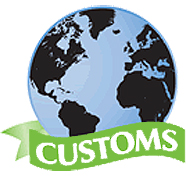 Departments and student organizations with their own tents lined the green space outside the Student Union for the May 13 session, as new students and family members — all still required to wear face coverings and social distance — learned more about MTSU before heading home to schedule their classes virtually the following day.

“We’re really excited to have people on campus this year,” said Gina Poff, director of New Student and Family Programs. “The ability to have people here and to interact with them is exciting for us this year. We really missed people last year.”

Poff said the on-campus aspect “is the exciting piece because we get to share and show our university off to our new students. … They’ll feel confident about coming back to campus in August and starting their freshman or their transfer years here.” 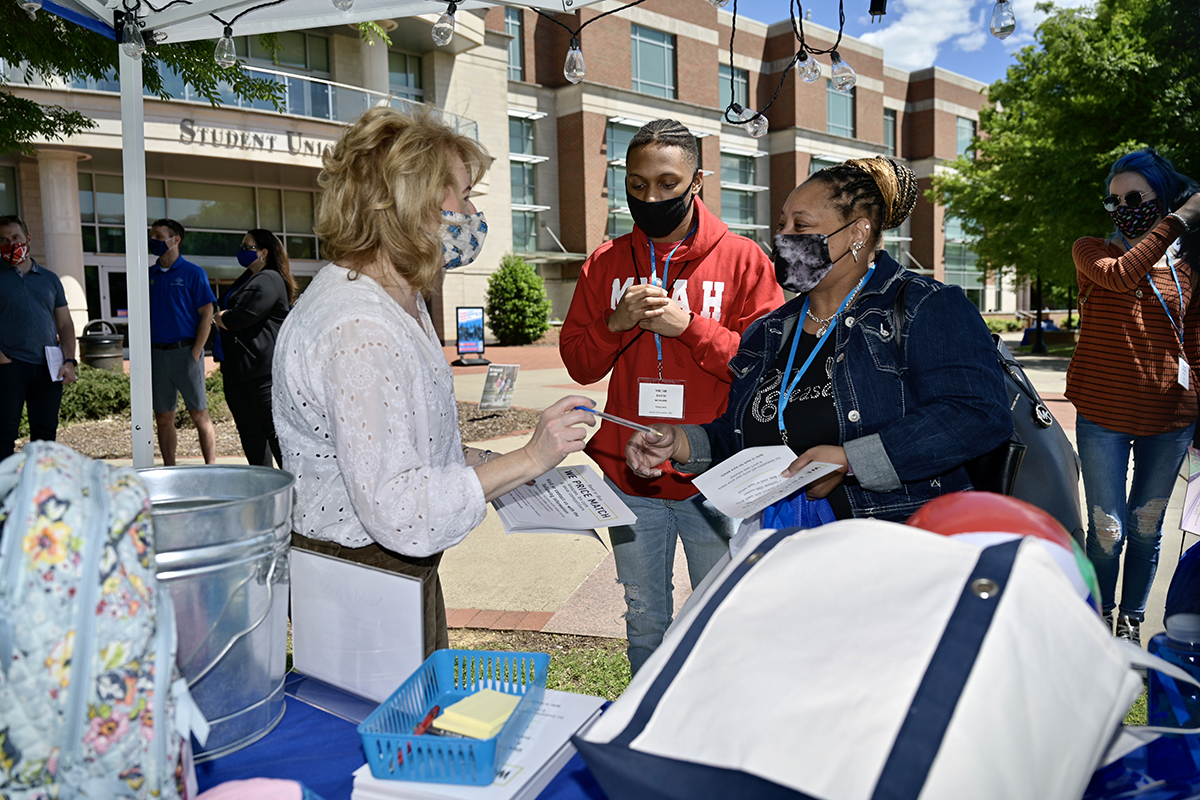 MTSU Phillips Bookstore Manager Natalie Karousatos, left, provides information about the store located inside the Student Union to Micah Davis of Knoxville, Tenn., and his mother, Laronda Turman during their May 13 CUSTOMS orientation visit to campus. They and others attended a Yard Party to learn more about campus departments and student organizations. Orientation will be held for new freshmen and transfers until the first week in August. (MTSU photo by Andy Heidt)

Micah Davis of Knoxville, Tennessee, who has a 3.7 GPA and plans to study audio production, said he “enjoyed the whole orientation” and “a lot of cool things” piqued his interest.

“The recording industry people talked about what I can do starting the first day (on campus),” said Davis, a South-Doyle High School student who wrapped up his senior year in December and visited MTSU with his mother, Laronda Turman. “They said how they are here to help you and how this field is more about collaboration than competition.”

Homeschooled senior Jordan Cormier, 16, of Franklin, Tennessee, will study computer science this fall. He likes the “overall community (atmosphere). People will tell you where to go if you are lost.” He and his mother, Nicole Cormier, learned about the Campus Recreation Center from Director Charlie Gregory. 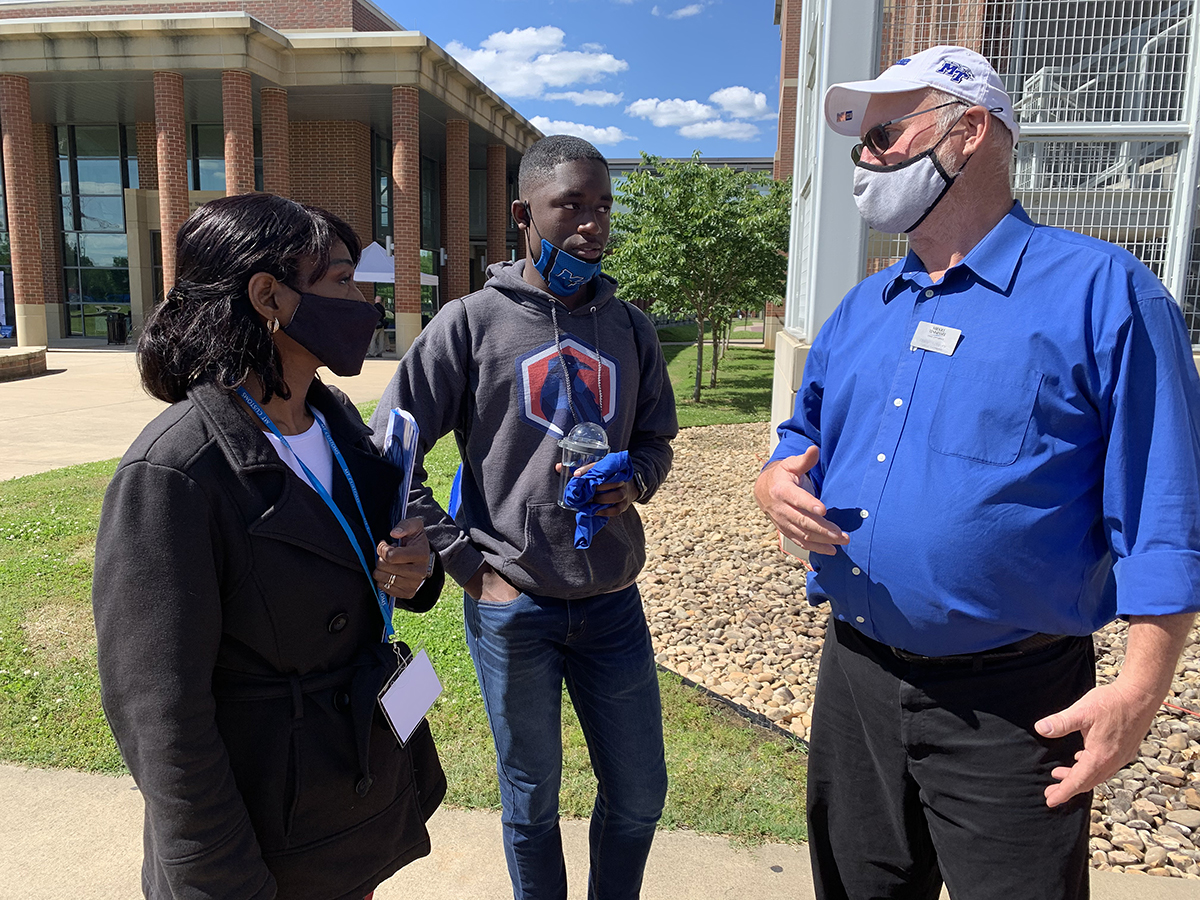 Nicole Cormier, left, and her son, Jordan Cormier, 16, both from Franklin, Tenn., listen as MTSU Campus Recreation Center Director Charlie Gregory shares all the rec center has to offer recently during a freshman CUSTOMS orientation near the parking garage adjacent to the Student Services and Admissions Center. CUSTOMS continutes until early August. (MTSU photo by Randy Weiler)

Marjaleona Mossett, 17, of Nashville, Tennessee, and a KIPP Collegiate Academy senior, said she’s undecided on a major, but leaning toward sociology. She heard about MTSU Fraternity and Sorority Life from junior Maddie Vernon, a speech pathology major from Trenton, Tennessee.

Catico Armstrong, 18, a Nashville Overton High senior at CUSTOMS with mom Sabrina Jones, plans to study animal science, eventually phasing into exotic animals. “I’m excited to meet everyone and get involved with them. This (being at MTSU) will be good for me.” 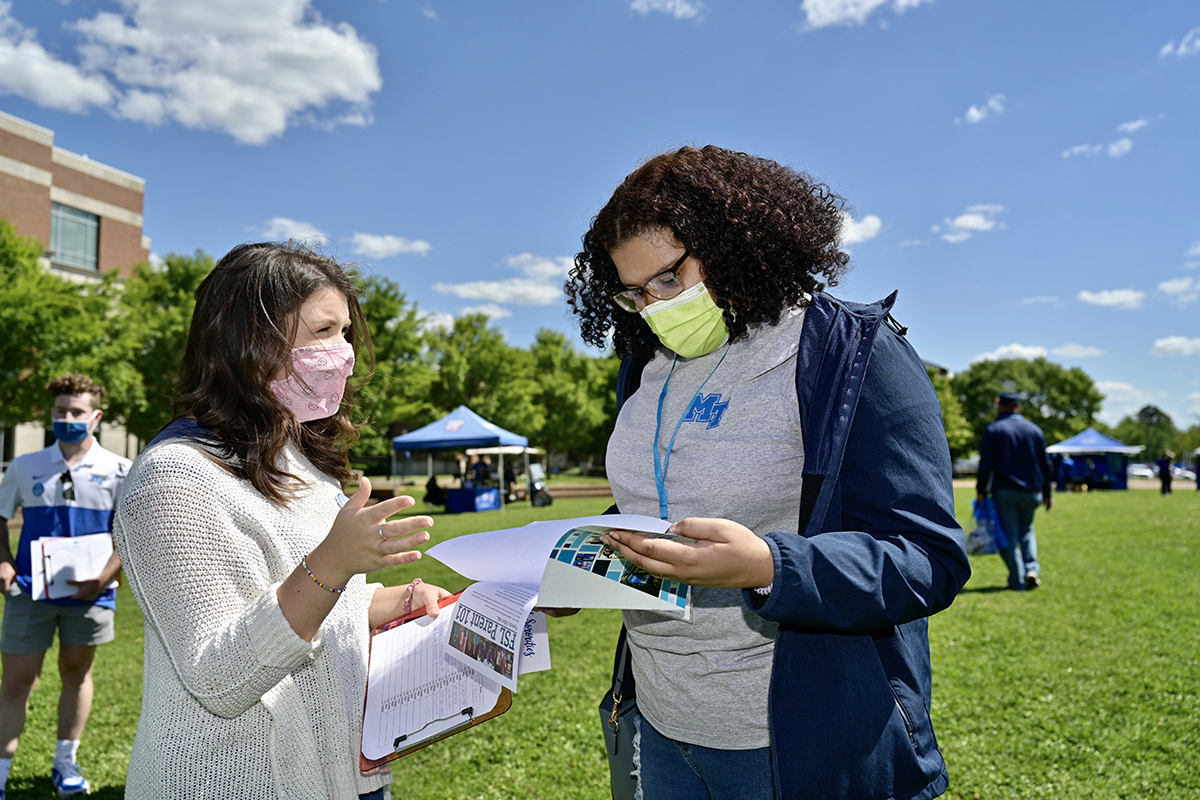