Retired Lt. Gen. Keith Huber, MTSU’s senior adviser for veterans and leadership initiatives, and Silver Star combat veteran Jay Strobino, who graduated in December with the help of the Daniels Center, each served as guest announcers for the Opry’s Salute the Troops show. 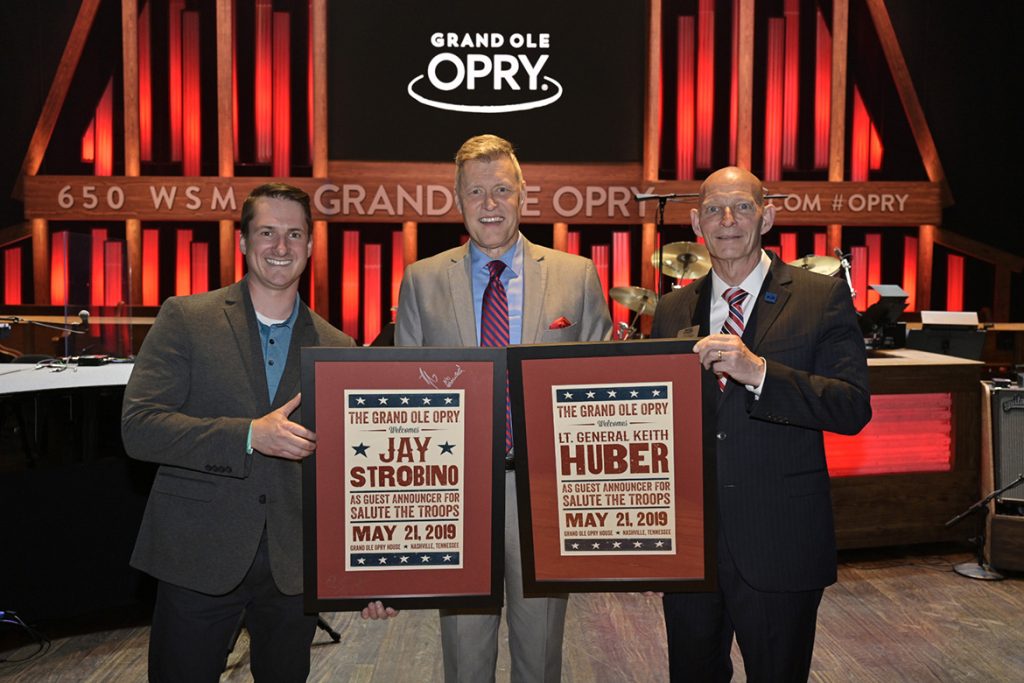 Strobino was on stage before Huber, representing the Transition to Trades program by Hiller Plumbing, Heating, Cooling and Electrical in the next-to-last segment of the iconic country music variety program.

However, Huber, who served as guest announcer for the show’s finale with singers Lee Greenwood and Trace Adkins, called Strobino back on the Opry stage to share how the Daniels Center helped him get his degree from MTSU.

“When a three-star general asks a buck sergeant to come back on stage, he’s being incredibly polite by posing it as a question,” Strobino said, sparking laughter and applause from the sold-out Opry House audience.

“That being said, I would do absolutely anything that the general, (the center’s director, Hilary) Miller or the Daniels Center asked of me.”

Strobino, who was wounded 13 times in 2006, serving in Iraq as an Army sergeant during one-on-one combat with an enemy soldier, said the Daniels Center’s staff “are there, every day, willing to do whatever it takes for any veteran, whether they are at MTSU or not.”

Huber said, “If you need assistance in determining your benefits, how to get access to it, how to resolve it, how to go to school, how to get a job, you come to the Daniels Center — we’re here to serve.”

The center helps veterans “through the vast, confusing civilian world and their collegiate experience to take care of absolutely everything, but it brings veterans together — and no one understands a veteran like another veteran,” Strobino said. 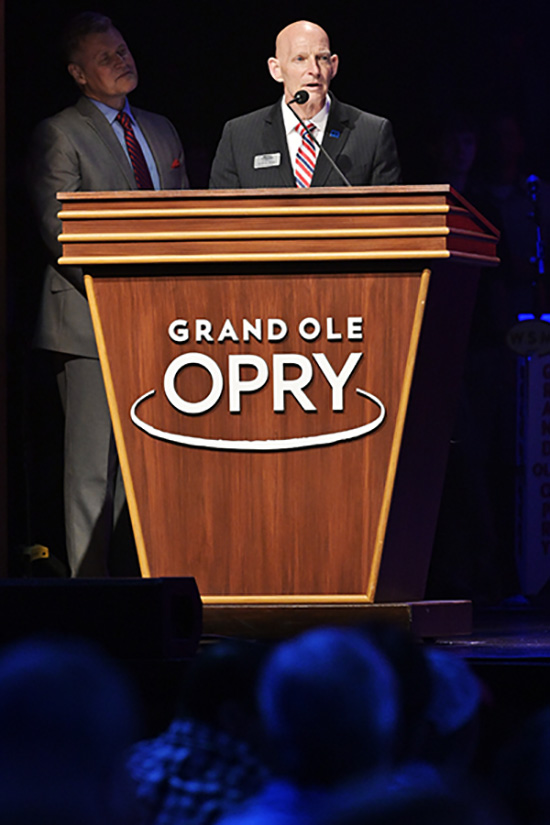 “And, sir, in my opinion, the only thing wrong with the Daniels Center is that there isn’t one in every university in America,” he told Huber.

The Daniels Center, named for country music legend and patron Charlie Daniels and his wife, Hazel, is the largest and most comprehensive veterans center on any Tennessee higher education campus. It enables MTSU’s population of more than 1,000 student veterans and family members to have a one-stop shop to meet a variety of academic needs.

The 3,200-square-foot center is located in the Keathley University Center, right in the heart of the MTSU campus. It is a place for student veterans to study, gather and get help from fellow veterans, who serve as peer advisers and sponsors.

Its Transitioning Home Office assists student veterans in making the transition from being a college student to getting their career underway.

The Opry welcomed Huber, Strobino and other veterans, active-duty service members and their family members for the special show with a red-carpet procession, where the country music artists greeted the honorees as they arrived at the Opry House.

“I sure hope Charlie and Hazel are listening tonight,” said Opry announcer Bill Cody as Strobino and Huber left the stage. 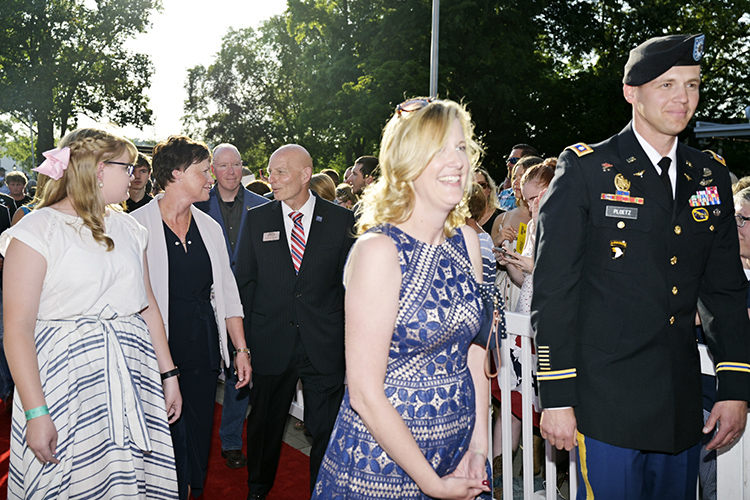 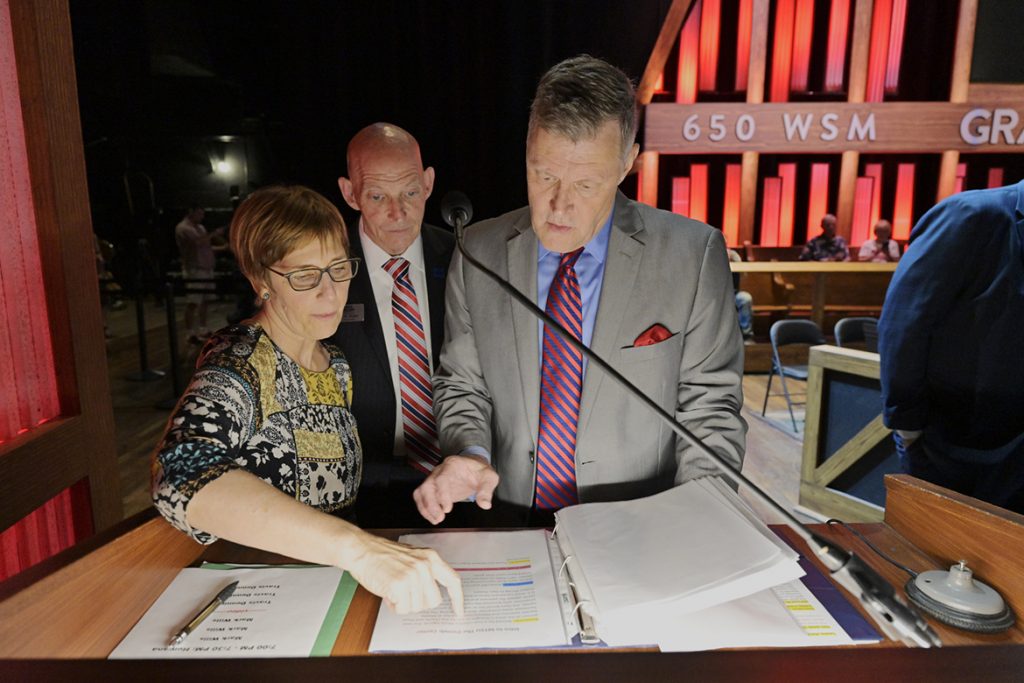