While their competition was virtual this past academic year, there’s nothing virtual about the MTSU Debate Team’s excellence.

Foregoing the usual travel to other schools for face-to-face verbal duels, the students debated online, finishing first in the nation in team format for fall and spring competitions under the rules of the International Public Debate Association. 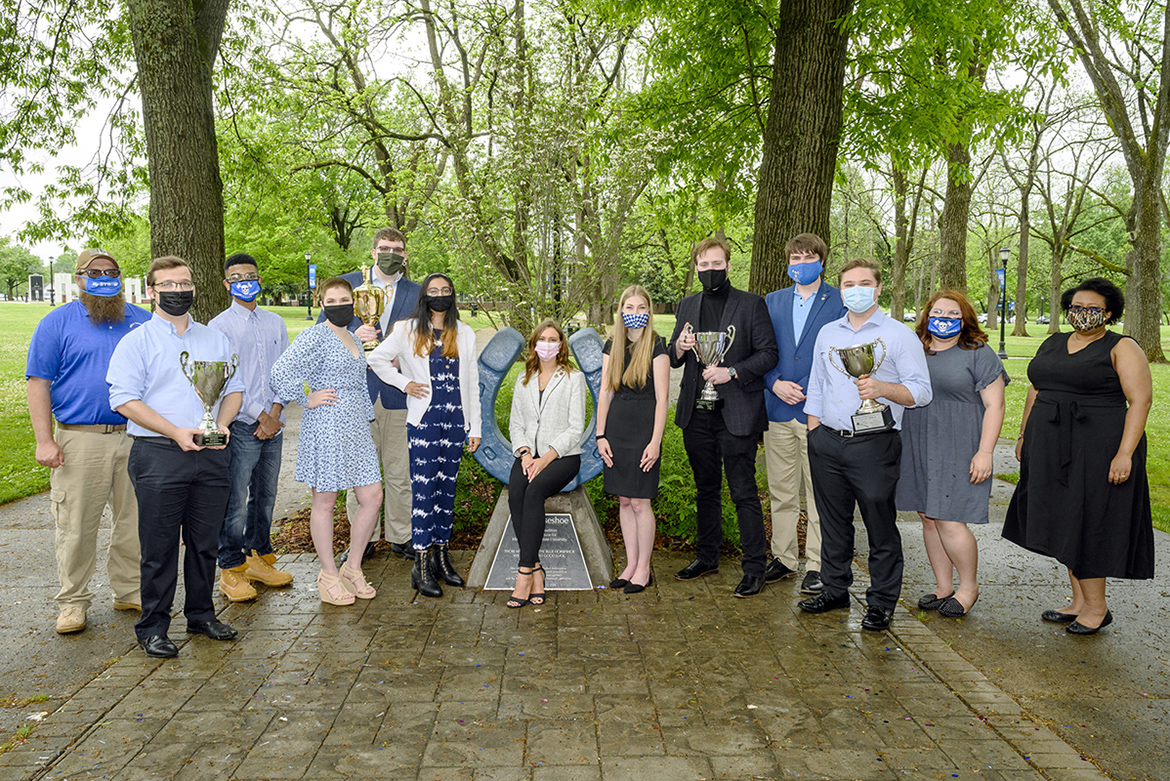 More than 3,000 participants from more than 150 schools participated in IPDA debates during the 2020-21 season. About a third of the contestants took part in team debate.

“We’ve got some older debaters that were really good, and we’ve got some young ones who really stepped up to the plate,” said communication studies professor Patrick Richey, director of forensics and debate team coach.

Aside from altering their presentations, their arguments and even their evidence to accommodate pandemic protocols, Richey said his debaters endured practically every obstacle imaginable at the national tournament, in which numerous schools suffered local emergencies in various locations other than MTSU.

“We had a shooting,” said Richey, who works with assistant debate coach LaTanya Listach to prepare team members. “We had a fire. We had a tornado drill. We melted a server. We crashed a server at least four times.”

Nonetheless, the Blue Raider debaters endured and triumphed. They won the tournament hosted by Louisiana Tech; captured the novice champion and novice top speaker awards in the University of Southern Mississippi contest; won the junior varsity champion title in the University of Central Arkansas competition; walked away with the novice champion award in the Tennessee Intercollegiate State Tournament; and took home more than 50 individual, team and speaker awards for the season.

One of the departing debaters, graduate Mo Campbell of LaGrange, Indiana, said cohesiveness was the key to the team’s success.

“I think I can speak for everyone on the team when I say that everyone views each other not just as a teammate, but as a friend,” said team captain Steven Barhorst, a rising junior from Countryside, Illinois.

As usual, Richey will have to spend part of his summer recruiting new debaters to join the 12 to 15 people he expects to have back in the fall semester. By then, he hopes to return to in-person tournaments.

“I think a lot of folks are ready to get back on the road,” Richey said. “One of the parts of academic forensics that people enjoy, and it helps them grow, is the travel.”

For more information about the MTSU debate program, go to https://www.mtsu.edu/debate/, or contact Richey at Patrick.Richey@mtsu.edu.