‘MTSU On the Record’ views COV..

If the COVID-19 pandemic ever forces collegians to practice distance debating, the MTSU debate team will take an impressive record into the online environment.

The Blue Raider debaters topped off a successful debate season by winning the top team sweepstakes and the overall tournament at Arkansas Tech University in Russellville, Arkansas. ATU held its tourney Feb. 28-March 1. 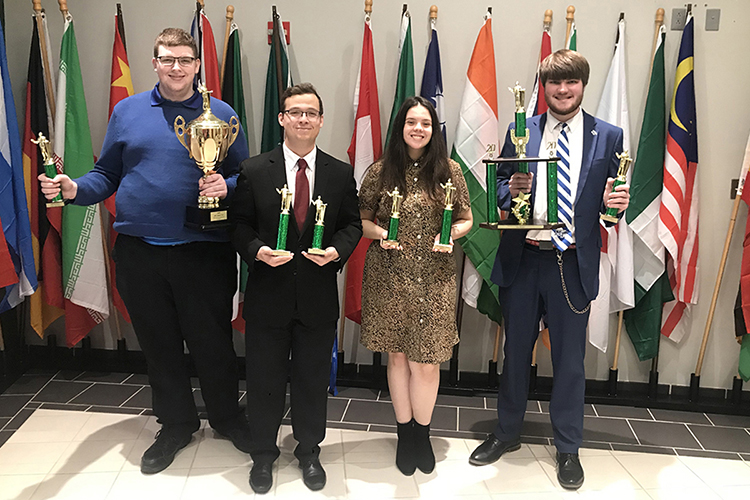 Moreover, MTSU finished second in the nation as a squad in the International Public Debate Association, which had almost 100 schools participating in the 2019-20 tournament season.

Sophomore Anastasia Ortiz was the No. 2 speaker in the nation in IPDA competition. Ortiz and her debate partner, sophomore Graham Christophel, were the No. 2 team in the nation.

“We’re starting to attract students from outside of our region that want to come here to debate,” Richey said.

However, the shape of intercollegiate debate in the immediate future could depend on how quickly the COVID-19 virus abates. The state tournament slated March 14-17 at Tennessee Tech University in Cookeville, plus a traditional contest against top Irish debaters, were canceled due to the pandemic.

Richey said MTSU has debated online when the team took on challengers from Afghanistan, but the satellite time delay made the effort difficult. The time difference between the sites also forced MTSU to debate in what was the dead of night in the Central time zone. 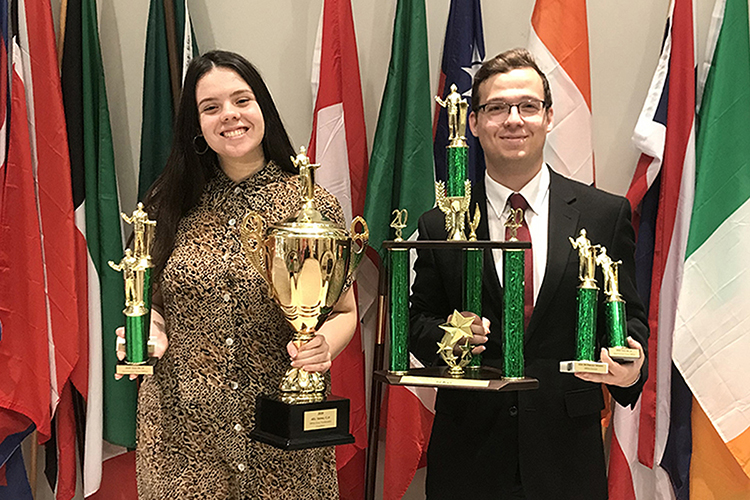 Anastasia Ortiz, left, a double major in biochemistry and political science from Gatlinburg, Tenn., and Graham Christophel, a sophomore international relations major from Morristown, Tenn., show off their awards March 1 at Arkansas Tech University’s debate tournament. Ortiz was named second best speaker in the nation, and she and Christophel were tapped as second best team in the nation for the 2019-20 season. (Photo submitted)

“We can go out at night and it’s OK (in America), but you can’t go out after dark in Afghanistan,” Richey said. “You’re taking your life into your own hands.”

While Richey said he remains hopeful the team will be able to resume a normal travel schedule in the fall, he said several snags will have to be worked out in the discipline before online debating can work on a tournamentwide scale.

“I don’t think as an organization (IPDA) we’re there yet or, really, anyone is, just because of the massive logistics involved,” Richey said.

The good news for Richey is that all of his debaters are expected to return for the 2020-21 tournament season. The only question is whether they will meet their competition face-to-face in person or virtually.

For more information about MTSU’s debate team, contact Richey at 615-898-2275 or patrick.richey@mtsu.edu, or visit www.mtsu.edu/debate.