Like the rest of the campus community, MTSU’s debate team finds itself adapting to different circumstances while coping with the COVID-19 pandemic.

The award-winning debaters look forward to their next challenge in a competition hosted by Louisiana Tech University in Ruston, Louisiana, Oct. 17 and 18. However, they can skip the travel expenses. As was the case with their last contest, the Louisiana Tech debate will be conducted via cyberspace. (Oct. 26 update: Anastasia Ortiz, a junior from Gatlinburg, Tennessee, majoring in biochemistry and political science, and Graham Christophel, a junior from Morristown, Tennessee, majoring in international relations, captured first place at Louisiana Tech, defeating Alaska Anchorage in the finals.) 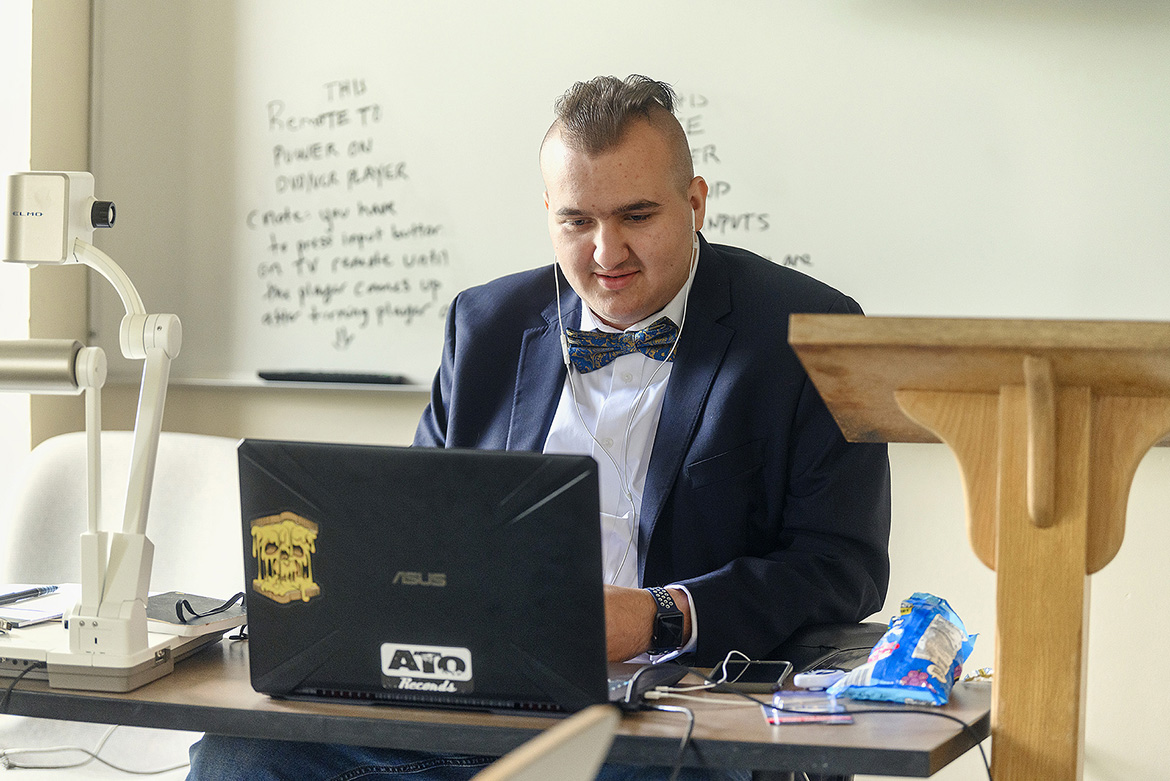 “Debaters are adjusting like everyone else to the virtual world,” said Patrick Richey, associate professor of communication studies and director of forensics.

In a debate hosted by the University of Arkansas at Monticello Oct. 2 and 3, MTSU and teams from more than 20 other universities relied on videoconferencing to display their skills. The MTSU team members spread out into different rooms in Jones Hall to take on their competitors with laptops. 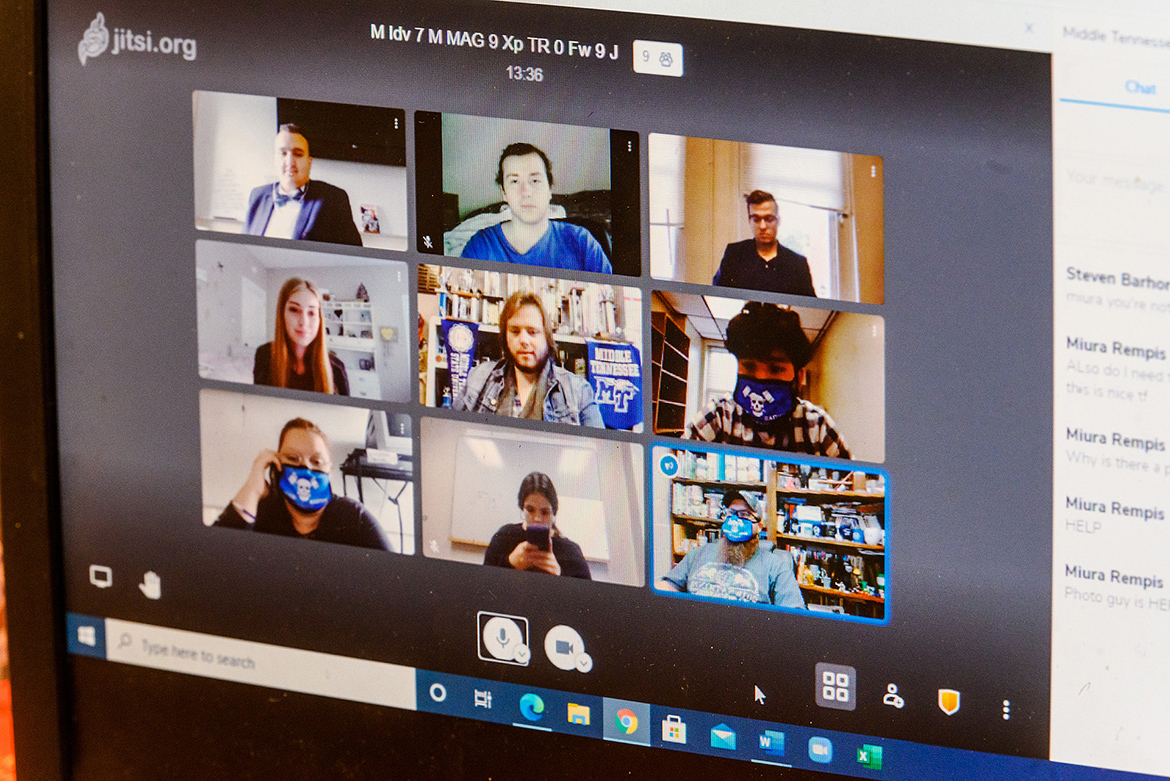 Richey said debaters must be seen on the computer screen at all times to help ensure that no one is using another digital device to aid them in forming their arguments. Debaters also must mute their mics when they’re not speaking. Some latitude is offered for technical problems as long as they do not take exceptionally long to solve.

“I feel like you have to be a little more forgiving of connection issues,” said Steven Barhorst, a sophomore communication studies major from Countryside, Illinois, and debate team member. Barhorst served as one of the three judges for the Arkansas debate along with Richey and Barhorst’s brother, John, a freshman fermentation science major.

Looking ahead to the Louisiana Tech debate, Richey said Mississippi State and Abilene Christian have put forth really strong performances. However, Barhorst said the Blue Raiders will be ready for them.

“We’re going to be solid,” Barhorst said. “We have some strong teams.”

For more information about the MTSU Debate Team, contact Richey at 615-898-2275 or patrick.richey@mtsu.edu or go to https://www.mtsu.edu/debate/index.php. 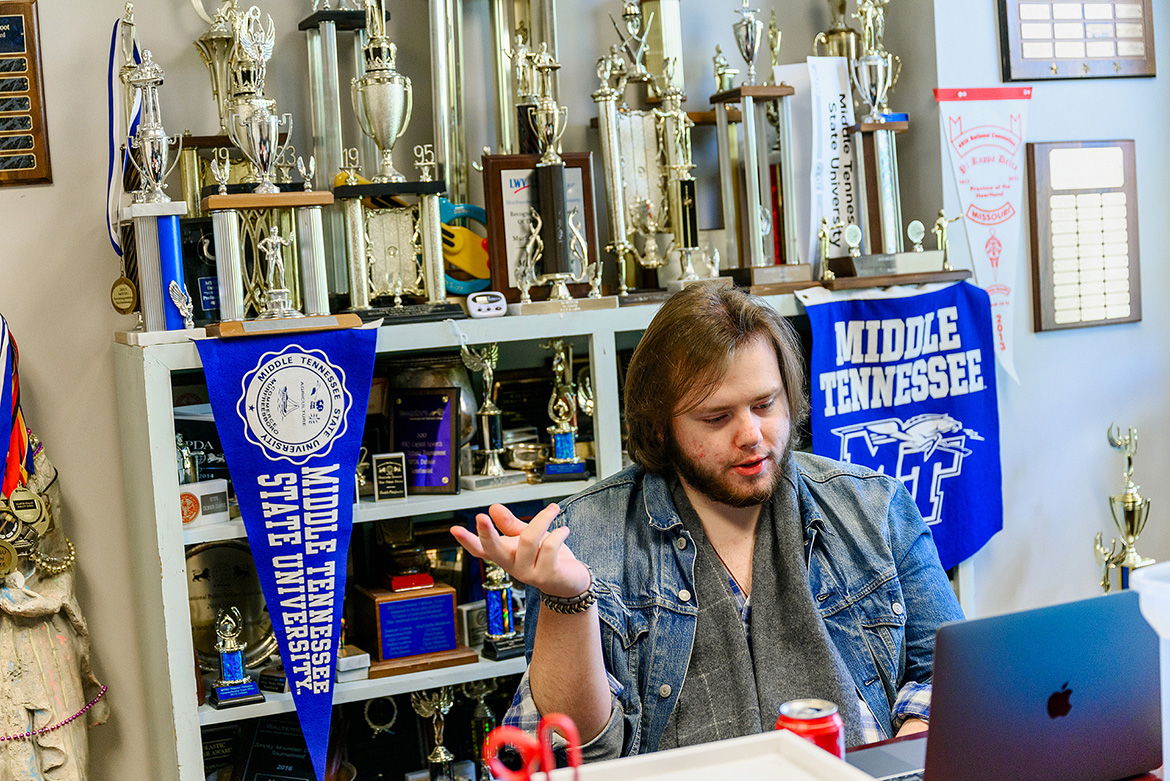 Steven Barhorst, a sophomore communications studies major from Countryside, Illinois, discusses whether the National Football League should eliminate kickoffs. The MTSU Debate Team participated in a tournament hosted by the University of Arkansas at Monticello via videoconferencing Oct. 2-3. (MTSU photo by J. Intintoli) 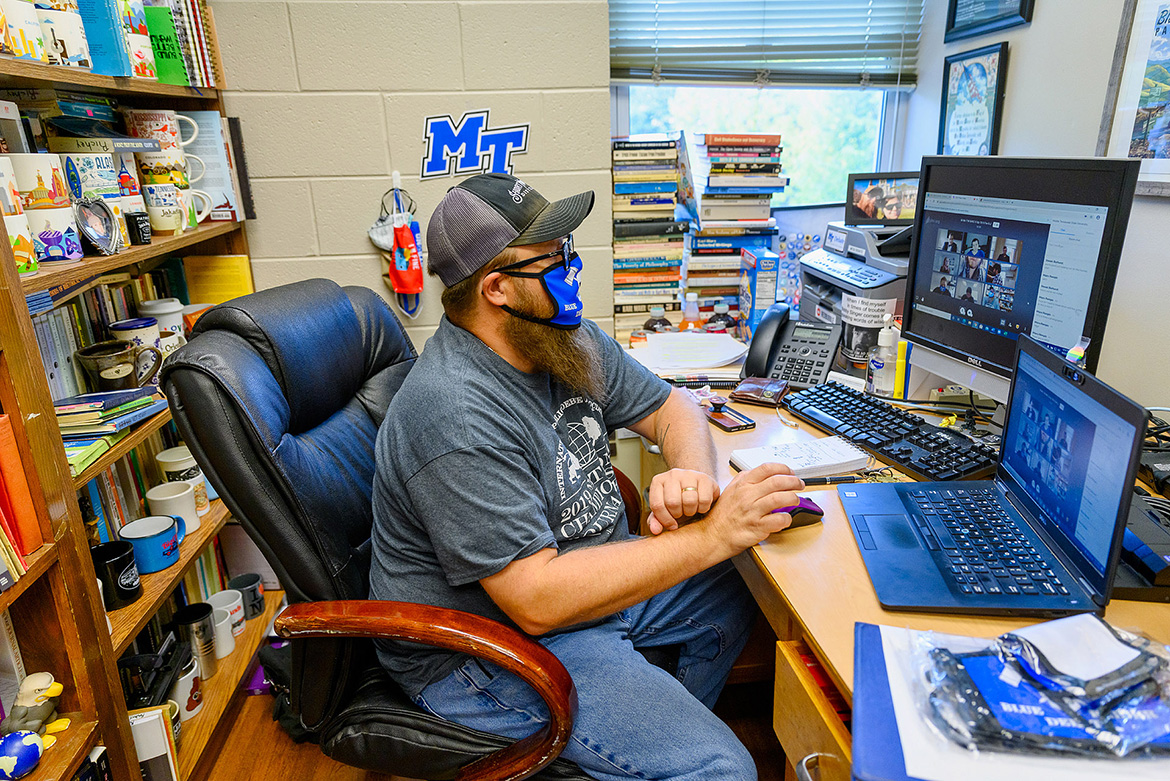 Patrick Richey, assistant professor of communication studies and director of forensics, discusses the pros and cons of letting 14-year-olds vote with members of the MTSU Debate Team in an Oct. 2-3 competition hosted by the University of Arkansas at Monticello. (MTSU photo by J. Intintoli) 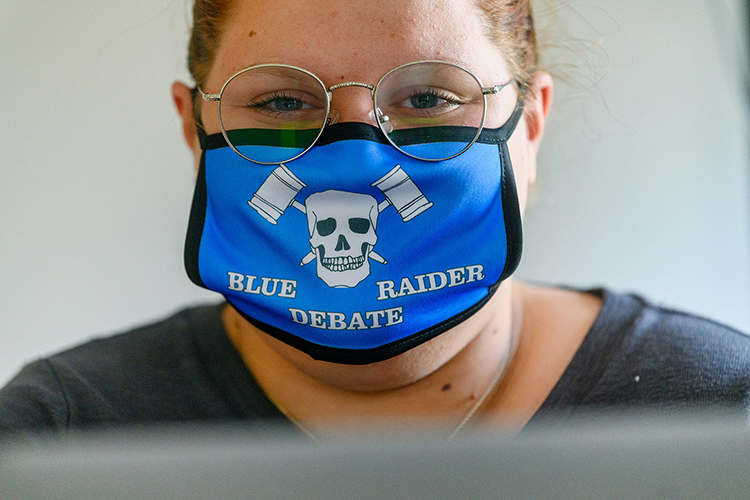 Miura Rempis, a senior political science major from Gallatin, Tennessee, displays the MTSU Debate Team’s mask. The team is debating via computer due to the COVID-19 pandemic. (MTSU photo by J. Intintoli)