Professor reunites with Take 6 for hall of fame in...

Professor reunites with Take 6 for hall of fame induction (+VIDEO) 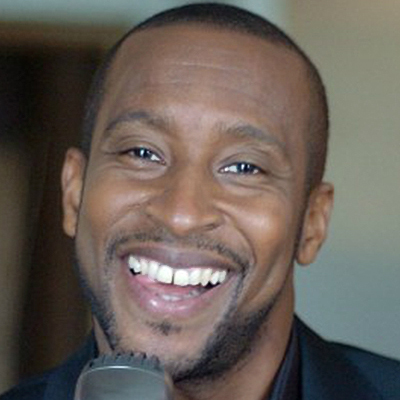 MTSU School of Music professor Cedric Dent and his longtime colleagues in the multi-award-winning group Take 6 have added another line to their resumes: members of the Gospel Music Hall of Fame.

The renowned a capella sextet, formed in 1980 while they attended college in Alabama, joined the Gospel Music Association’s top roster of honorees in a special ceremony at Lipscomb University in Nashville April 29.

Dent, who joined the MTSU faculty in 2004 and teaches courses in music theory, history of black gospel music, vocal jazz ensemble and music industry, maintained an active touring schedule with Take 6 until 2011, when he stepped down to teach full-time.

The induction ceremony featured a special reunion of Take 6, which now includes two other members who replaced Dent and one of the founders.

The eight men “haven’t been onstage all together like this in well over 20 years,” founder Claude McKnight said with a laugh.

“I beheld the voice of angels, and they numbered six,” their longtime producer and record label chief Jim Ed Norman said in introducing the group. “At times they sounded like 10,000! They continue to serve as a shining example of what unshakable faith can do.”

The hall of fame event, which was streamed live online, may be broadcast later this year on TV.

An unofficial video by a longtime church supporter, which includes historic clips, comments from several members of Take 6 and their live performance of their Grammy-winning first single, “Spread Love,” is below.

“Take 6 laid the foundation for what has become the norm for professional and collegiate vocal jazz ensembles today,” Dent says, referring to the popularity of televised vocal competitions such as the a cappella show “The Sing-Off” and singing-driven comedies and dramas like “Glee” and “Smash.”

“Being innovators in the field is one of the accomplishments of which I’m most proud.”

The group’s resounding harmonies, of which Dent’s rich baritone played an integral part, were reason enough to garner attention for Take 6.

Dent says the harmonies were only the start, however, pointing to the “big-band … chord voicings, gospel music-inflected solos, a bass vocalist imitating upright and electric bass riffs, and finger snaps keeping time in tunes employing a jazz swing feel” that also mark a Take 6 performance.

The 2010 lineup of Take 6, with MTSU’s Cedric Dent second from right, is shown in this publicity photo by Anthony Scarlati. From left are Alvin Chea, David Thomas, Claude McKnight and brothers Mark and Joey Kibble. The renowned a capella sextet will be inducted into the Gospel Music Association’s Gospel Music Hall of Fame tonight, April 29, in Nashville.

Take 6 has released 18 albums so far, earning 12 Grammy Awards, 10 Dove Awards, a Soul Train Award and more for their work, along with the distinction as the most Grammy-nominated vocal group in history.

Also inducted into the 2013 class of the GMA Gospel Music Hall of Fame with Take 6 were:

Dent, who earned a doctoral degree in music theory while touring and recording with Take 6, says the most enjoyable aspects of his career have been the travel opportunities.

“I’ve literally seen the world,” he says. “I’ve also met very interesting people. Take 6 has met and sang for five U.S. presidents and for Nelson Mandela while he was president of South Africa.

“Another wonderful perk has been performing and recording with some of the most talented people in the music business, from Quincy Jones and Stevie Wonder to Don Henley, David Foster, Bobby McFerrin, Queen Latifah, Herbie Hancock and k.d. lang.”

He’s been able to incorporate his life experiences into the classroom to help his students prepare for their lives as professional musicians and teachers, too.

“When parents and potential students express concern about making a living in the field of music, I point to my experience with Take 6 as an example of what can be accomplished,” Dent says.

“I hasten to add, however, that students should also be thinking of how to produce multiple streams of income. It is quite rare for someone to make a living from one source or job the way my parents’ generation did. This is true in most industries today and even more critical in the music industry.

“My experience is a wonderful testament to this reality. … I made a comfortable living from Take 6, guest lecturing, and as a college professor for several years. And when I was ready to retire from Take 6 to pursue teaching and research, I was able to make the transition based purely on my goals and dreams and not because of financial limitations.”

He also was able to incorporate his experience and training into his advanced degrees, building on Take 6’s black religious quartet singing tradition to create his doctoral dissertation, a popular MTSU course on the history of black gospel music offered every fall, and an upcoming book.

The Gospel Music Hall of Fame has been recognizing renowned members of the music community since 1971, from its first inductees, G.T. “Pop” Speer of the beloved Speer Family, and Jim “Pappy” Waits, the dean of the gospel bass singers, to last year’s inductees, which included the incomparable Aretha Franklin and bluegrass ambassador Ricky Skaggs.

The men of Take 6 won’t be resting on their latest laurel long. The group recently established a scholarship for jazz studies majors with a vocal concentration in MTSU’s School of Music.

“Working with Take 6 has had a direct effect on my research and teaching,” Dent says.“I hope that the publicity garnered from being inducted into the Gospel Music Hall of Fame will draw attention to the ‘Take 6 Vocal Jazz Scholarship Fund’ as well as my research in the field of gospel music.”