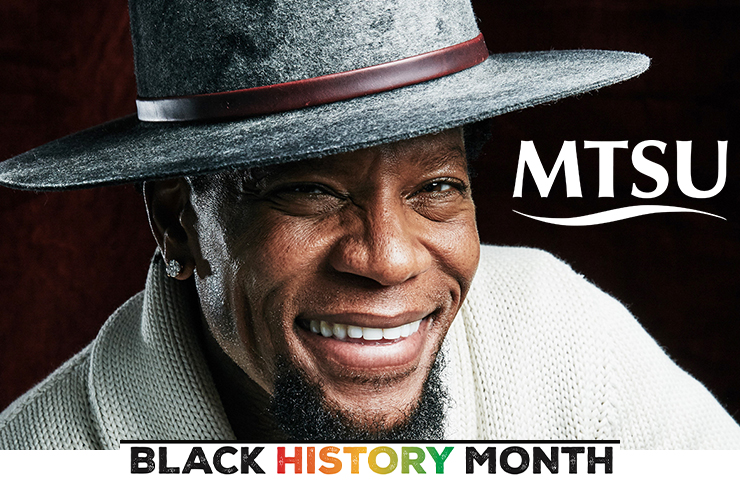 One of the funniest and most provocative comedians of our times is coming to MTSU this week.

Stand-up comic, author, actor and Peabody Award-winner D.L. Hughley will deliver a keynote address as part of MTSU’s celebration of Black History Month at 7 p.m. Thursday, Feb. 3, in the State Farm Lecture Hall of the Business and Aerospace Building on campus. The event is free and open to the public. Masking is not required but is strongly encouraged.

His appearance will also be livestreamed at mtsu.edu/live as well as MTSU’s Facebook, YouTube and Twitter platforms. Overflow space with livestream access will be available in BAS S126 and S128 if the lecture hall reaches capacity. 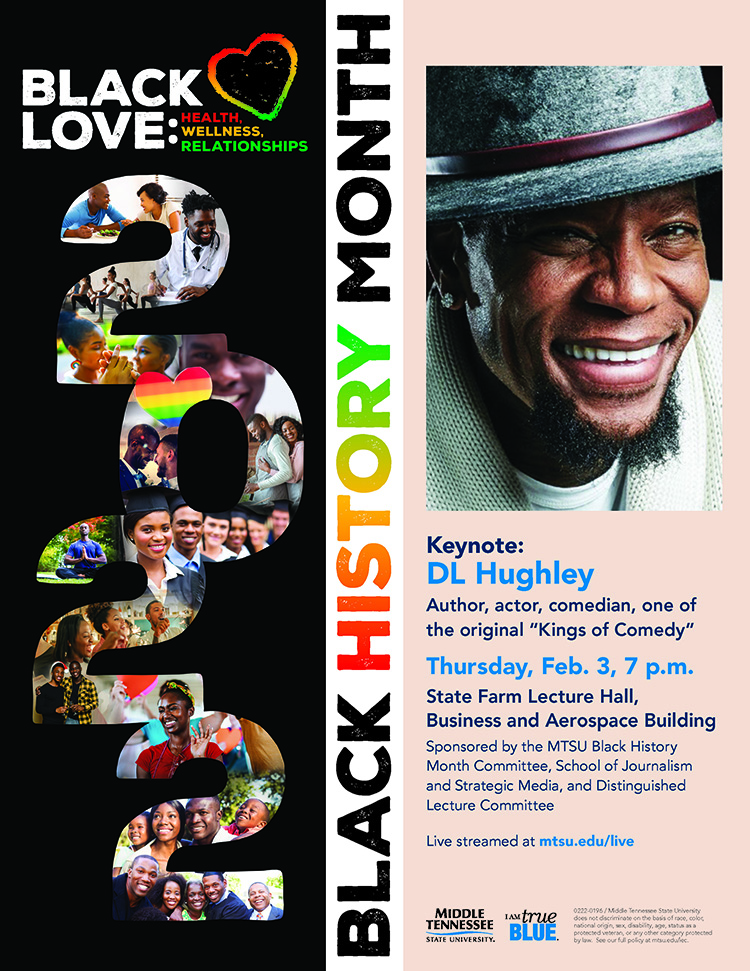 Known as one of “The Original Kings of Comedy” in a 2000 film directed by Spike Lee, Hughley wrote, produced and starred in his own television situation comedy, “The Hughleys,” from 1998 to 2002 on ABC and UPN.

His Comedy Central special, “The Endangered List: If Black Men Were Considered an Endangered Species,” garnered him the Peabody Award. The Peabody Awards attempt to shine a light on stories that push for truth, social justice and equity. The prestigious award is given to journalists, entertainers, and storytellers who elevate stories that defend the public interest and challenge viewers to understand more of the world around them.

Variety, the show business newspaper, reports that Hughley is in development with Fox to create a situation comedy based on his life. The show will center around an opinionated radio show host coping with a family that includes “an LGBTQ+ daughter, a son on the autism spectrum whose white girlfriend lives with them and another daughter who can’t leave his credit card alone.”

His books include “Black Man, White House: An Oral History of the Obama Years,” “How Not to Get Shot: And Other Advice from White People,” and “Surrender, White People: Our Unconditional Terms for Peace.”

This event is sponsored by the MTSU Black History Month Committee, the School of Journalism and Strategic Media and the Distinguished Lecture Committee.

An MTSU parking map is available at https://bit.ly/MTSUParking.

Later this month, MTSU will host another keynote address from “Dr. Jackie” Walters, a cast member of Bravo’s “Married to Medicine,” who will deliver her remarks at 7 p.m. Monday, Feb. 28, in the second-floor ballroom of the Student Union.