‘MTSU On the Record’ delves into boyhood fiction, ...

‘MTSU On the Record’ delves into boyhood fiction, publishing priorities 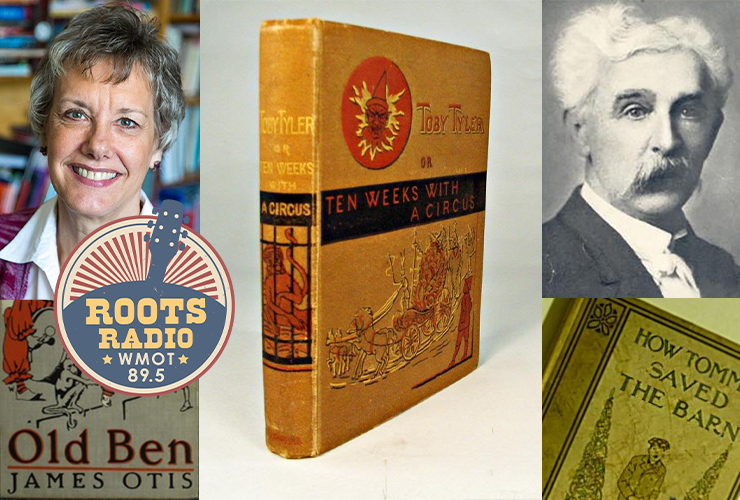 Dr. Ellen Donovan, top left, a professor of English, is the latest guest for the “MTSU On the Record” radio program that airs on WMOT-FM Roots Radio 89.5 and www.wmot.org. Donovan dissected the work of author James Otis Kaler, top right, who wrote more than 180 novels for children. (MTSU photo illustration)

A scholar’s exploration of late 19th-century fiction aimed at young male readers was the topic on a recent “MTSU On the Record” radio program.

You can listen to their conversation via the SoundCloud link above.

In her research, Donovan dissected the work of author James Otis Kaler, who wrote more than 180 novels for children between 1880 and his death in 1912. She found that Kaler created three different types of protagonists designed to appeal to boys.

Describing the characters as “the sentimental boy,” “the upwardly mobile boy,” and the “knowing boy,” Donovan found unique  characteristics in each.

“The sentimental boy” runs away to join the circus and finds a family among the circus employees. He’s emotional and evokes emotion in others.

“The upwardly mobile boy” uses his brains and innate decency to defeat amoral adult figures on his way to a middle-class life. “The knowing boy” outsmarts and manipulates adults who have ideas he considers old-fashioned.

Interestingly, Donovan said she suspects that Kaler created these characters based on what he or his publishers thought would sell at the time, as opposed to his own perceptions of boyhood.

“I do think that Kaler, as a writer, was just churning out books as fast as he could,” Donovan said, “so he was being savvy in terms of what a publisher wanted for the particular audience the publisher was interested in.”

Donovan’s article, “Kaler’s Boys: The Popular Print Market and Models of Boyhood,” was published in the spring 2021 edition of Children’s Literature Association Quarterly.