Dorm Etiquette 101: Things you should know about l...

Dorm Etiquette 101: Things you should know about living on campus 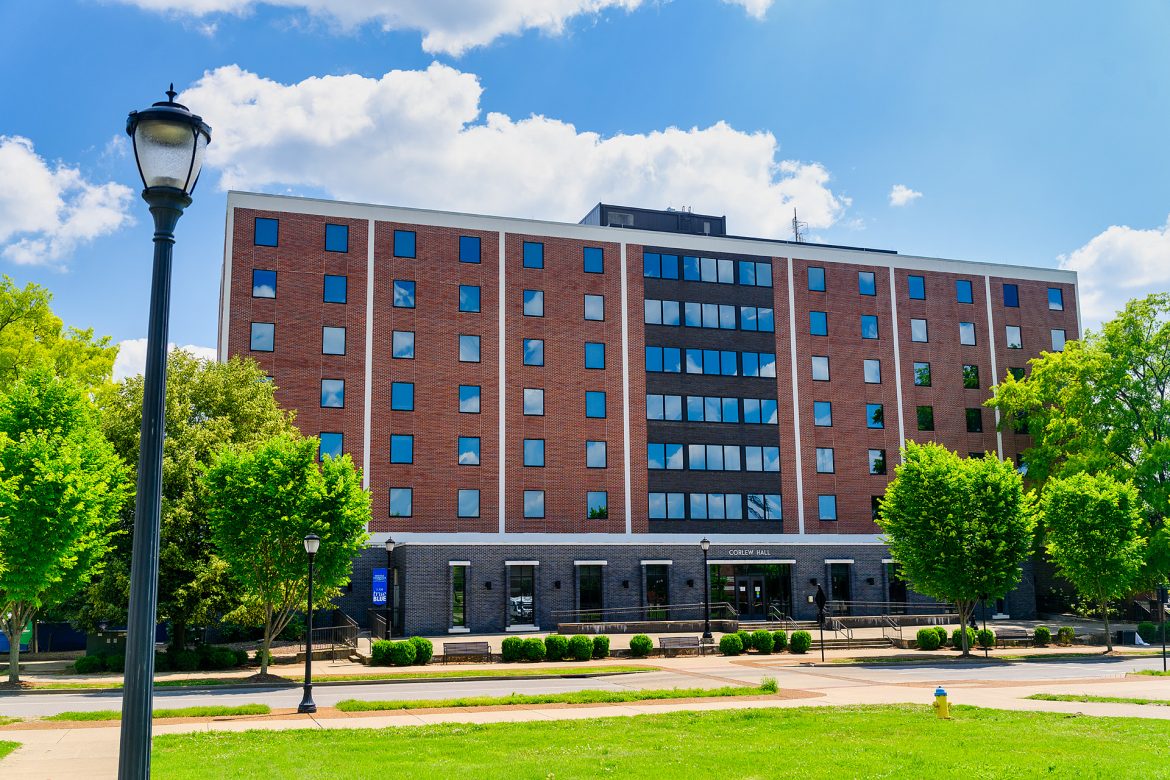 If you’ve read almost any of the articles I’ve written, then you know my freshman year was quite the doozy. Fresh out of high school, moving into a college dorm, being on my own for the first time in my life. It certainly had a lot of ups and downs, and that was before the global pandemic. Yikes. Too soon? Anyway, dorm life was no exception to the craziness. Due to my dorm life being quite the roller coaster, I learned a lot about how to live with other people. Some, through my own experience, and some due to other people’s. So now, I’m sharing what I learned about dorm etiquette. I’m mainly talking to the first-timers for the college dorm life, but those of you who have been living in the dorms might be able to pick up something as well. Either way, I hope my advice helps someone. 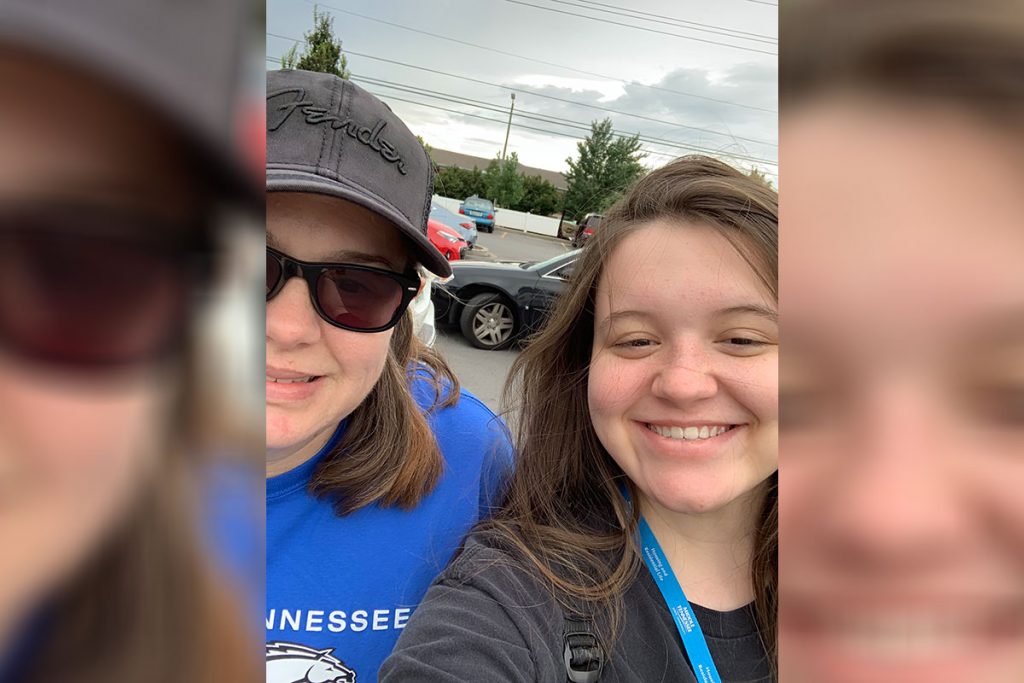 Alright, first and foremost, let’s get the obvious one out of the way. Don’t worry—I’ll keep it short and sweet. I’m talking about quiet hours. Find out when your dorm’s quiet hours are and be prepared to follow them. Usually, it’s something like 9 p.m. to 9 a.m. I know it might seem lame, but no one likes the room that’s up screaming at 1 a. m. Especially your neighbors that are riddled with 8 a.m. classes. Keep it down, people!

This next one is more for safety but is very important. Most dorms have a locked door that leads to the rooms. In order to access this area, only residents of the dorm on that floor can get in by swiping their student ID. If you see someone knocking at that door, do NOT let them in. I know it may seem like a nice thing to do, but you never know. One, it’s against dorm rules. Two, it’s better to be safe than sorry. If they’re a visitor, then the person they’re visiting can let them in. 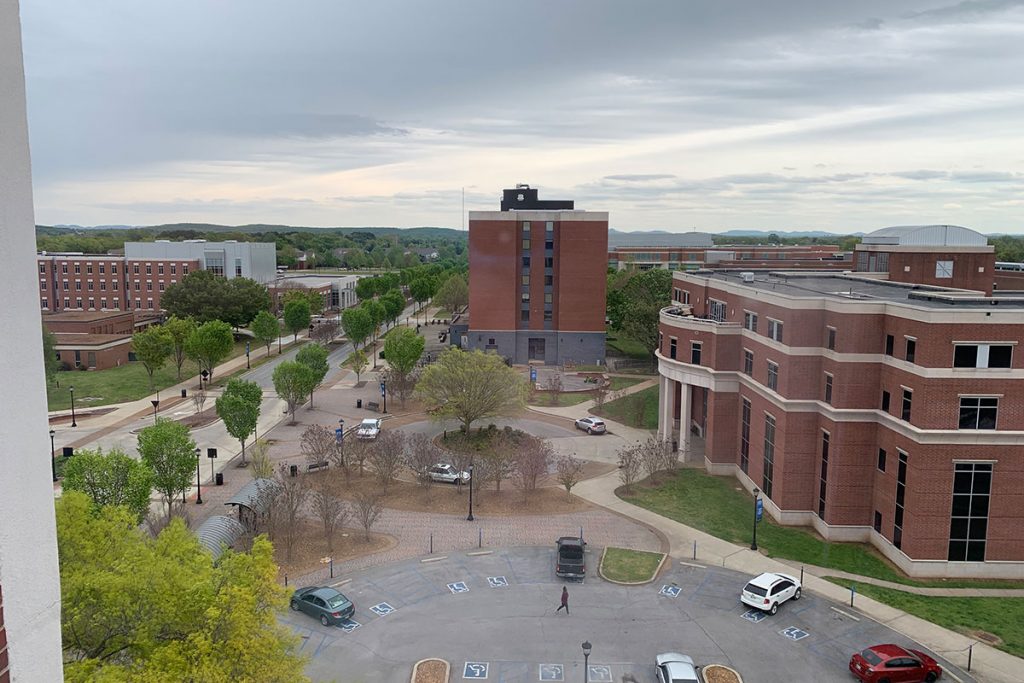 Room with a view! Nicole says the view is one of the reasons she picked her dorm. (Photo: Nicole Alexander)

Clean up after yourself!

Next, we have another obvious tip; clean up after yourself. I lived in Corlew Hall my freshman year, and we had a major problem with people not picking up after themselves. So much so, our RA sent out a mass message to all of us. The message said that if we couldn’t get better about picking up, we would all be fined by housing for causing unnecessary work for the cleaning staff. Yes, it was that bad. So, get your shower shoes out of the shower, get your hair out of the sink, clean up any wrappers, wipe your toothpaste off the wall, and so on. If you wouldn’t do it in your parents’ house, don’t do it in the dorms. Living with 25+ other people and sharing a bathroom is hard, so be courteous. Of course, this applies to suite-style dorms too.

Now this next tip, I feel very passionately about. Mainly because it was my floor’s biggest problem when I lived in Corlew. If my floor was to go to war about anything, it would be because of…

Let me set the scene: it’s the fall 2019 semester in Corlew Hall. I’m in my bed, watching Netflix (when I should be studying, surprise…), eating some good ol’ Kraft mac and cheese, life is good. My phone chimes. I check it and it’s our floor’s GroupMe. Dozens of messages are coming through. Long story short, one of the girls put her clothes in the dryer and left them in there for hours after they were done. The other two dryers were being used. So, another girl who needed to dry her clothes made the controversial decision to move the clothes out of the dryer and put them on top of it so she could dry her clothes. Well, the girl who left her clothes unattended for hours came back to see that her things had been moved, and she didn’t like it. Because of that, she messaged everyone in GroupMe. After a few more messages we discovered this was a big problem, and it was not the first time something like that had happened. It also wasn’t just one girl; it was several, making it nearly impossible for anyone to do their laundry unless you did it early in the morning. On one hand, you shouldn’t touch other people’s things. On the other, you shouldn’t leave your clothes in the washer or dryer for hours on end, inconveniencing your floormates. We ended up finding out that multiple floors were having this issue.

So, what’s the point? Take your laundry out on time. Set a timer and take your stuff out of the washer/dryer. It’ll save everyone a lot of grief. Eventually, my floor was forced to have a sign-in sheet for the laundry room. We were required to put our name, room number, and which of the two washers and dryers we were using. Oh, and you had to put a time in and a time out. No one wants this. Please take your laundry out on time.

Okay, I know I’ve grilled all of you on dorm curtesy and whatnot, so I’ll end this article with a more amusing point. That is, know your kitchen! Can you cook with the door closed? Does the door have to be open if you cook? Find these things out. Why? One night my roommate and I were dead asleep at 3 a.m. Then, we were jolted awake by the screaming of the fire alarm. Keep in mind, it was 3 a.m., and I had an 8 a.m. that morning. This was the worst. By the time the entirety of the dorm was outside, I was wide awake. Through various conversations I overheard throughout the 20 or 30 minutes we were outside, apparently, someone on the lower floors decided to cook bacon at 3 a.m. with the kitchen door closed. Due to the poor ventilation, it set off the fire alarm. Therefore, ladies and gentlemen, if you don’t want to make your entire building stand outside at 3 a.m. in the chilly September air, I highly recommend knowing your kitchen.

Living in a dorm for the first time is beyond exciting. You’re independent! Living on your own! What young adult fresh out of high school doesn’t love that? That being said, it is still important to know exactly what you should and shouldn’t do, especially if you’re living with a ton of other people in the same boat as you. I hope this helps newcomers and returning students alike. Welcome back to campus, Blue Raiders.