Prisoners’ pop music is focus of ‘MTSU On the Reco...

Prisoners’ pop music is focus of ‘MTSU On the Record’ 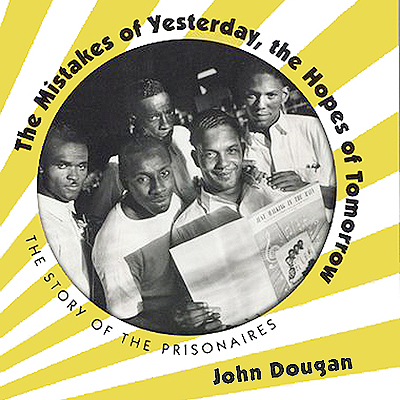 The impact of a group of singing prisoners on race relations, rock and roll and rehabilitation was the focus of a recent “MTSU On the Record.”

Host Gina Logue’s interview with Dr. John Dougan, author of The Mistakes of Yesterday, the Hopes of Tomorrow: The Story of the Prisonaires, which first aired Jan. 7, 2013, on WMOT-FM (89.5 and www.wmot.org), can be heard here.

Dougan, a professor of music business and popular music studies at MTSU, chronicled the story of five African-American inmates at the Tennessee State Penitentiary and their 1953 hit “Just Walkin’ in the Rain.”

The Prisonaires were allowed to travel to Memphis to record tracks with the legendary Sam Phillips at Sun Records and to sing in concert. Tennessee Gov. Frank G. Clement considered the group living evidence of the success of his progressive prison reform policies.