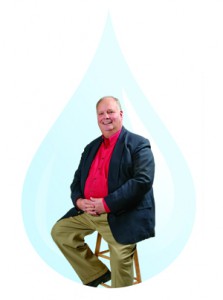 Professor Cliff Rickett’s lifetime of alternative fuel research remains on course as he plans a 2,800-mile cross-country drive this fall using only 10 gallons of gas or less.

In October, if all goes as planned, the longtime MTSU School of Agribusiness and Agriscience faculty member will drive a 2008 Toyota Prius from Wilmington, N.C., to a Pacific Ocean beach near Los Angeles.  Besides a few drops of gas, his fuel will consist of sunlight and hydrogen from water.

Ricketts calculates that the journey, which will take five days to complete, will require 3.73 tanks to achieve 750 miles per fill-up (100 miles with solar electric, 200 miles with hydrogen, 350 miles with 95% ethanol and 5% gas, and 100 miles with on-board regeneration).

His perfect-world formula: Make the drive using only 1.87 gallons of gas.  But he will take 10 gallons just in case his calculations are off.