In the News: Personal loans, w.. 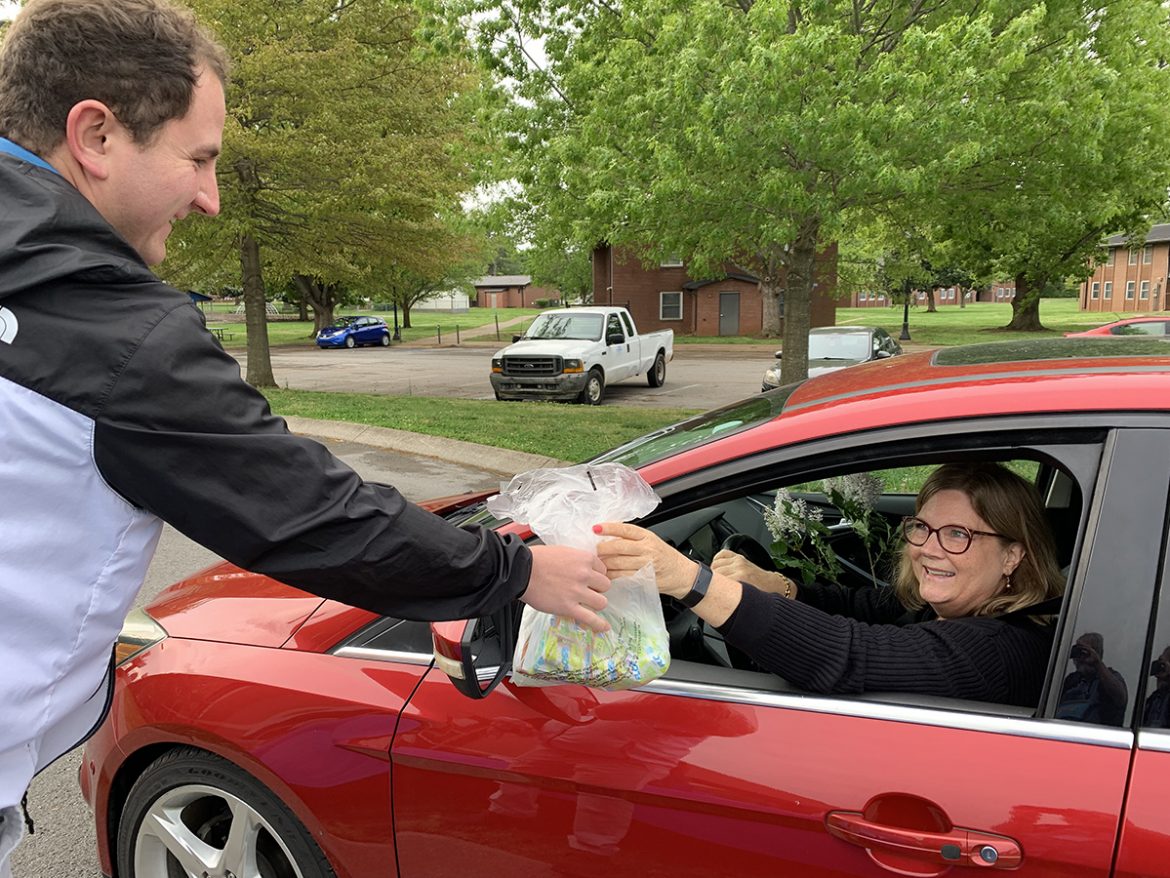 Kim Floyd-Tune and others have been waiting a year for the return of the Prescription Drug Take-Back Day at MTSU.

“I collect it all year. It’s lived under my (bathroom) sink. My whole family throws it in there,” Floyd-Tune, a Murfreesboro resident and secretary to MTSU School of Nursing director Jenny Sauls, said early Tuesday morning. 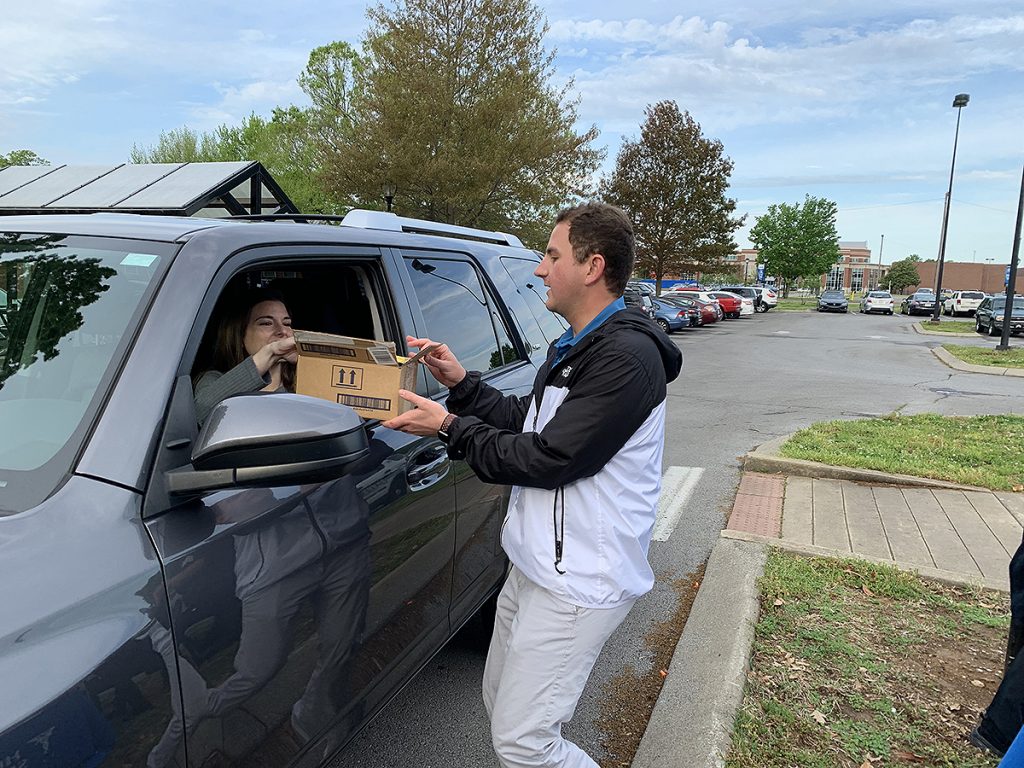 Emily Madison, left, of Murfreesboro, an executive aide in the Jennings A. Jones College of Business marketing department, hands a box containing unwanted over-the-counter and prescription medications to Daniel Geiger of Nashville, Tenn., a fourth-year student in the Lipscomb University College of Pharmacy, as part of MTSU Prescription Drug Take-Back Day Tuesday, April 26, outside the Health, Wellness and Recreation Center. (MTSU photo by Randy Weiler)

Floyd-Tune had dropped off two bags of over-the-counter and old prescription medications at the event location outside the Health, Wellness and Recreation Center on the east side of campus.

The annual event to collect outdated, unused and unneeded meds resumed April 26 after a break from the pandemic. A partnership between MTSU Campus Pharmacy and University Police, it is open to the campus and local community.

Pharmacist Tabby Ragland termed it “a very good day — a steady stream of people dropping off lots of medications.”

In all, 88.9 pounds were collected during the 5½-hour event. This included 3.9 pounds of controlled drugs, 37.1 pounds of over-the-counter items and 46.2 pounds of prescription medications.

“Over half were prescription meds,” Ragland said. “We did not have one (collection) in the fall. People have been working from home. We’re seeing normalcy (return). And people were appreciative of us doing this event.”

One of them being Floyd-Tune, saying she’s “appreciative that they do this, so people don’t just throw them away or put them in the sewer system.”

Emily Madison, an executive aide in marketing in the Jennings A. Jones College of Business, delivered “old kids’ medicines, mostly that had expired,” the Murfreesboro resident said. “It helped me clean out my cabinet and dispose of safely.”

Lipscomb University College of Pharmacy fourth-year student Daniel Geiger of Nashville, Tennessee, assisted with the collection on his last day of pharmacy school. He has helped in Campus Pharmacy during April.

The event is part of a national Prescription Drug Take-Back Day in line with the Drug Enforcement Agency’s overall efforts to remove excess drugs from communities. The event aims to provide a safe, secure and environmentally responsible means of disposing of prescription drugs, while also educating the public about the potential for abuse and trafficking of medications. 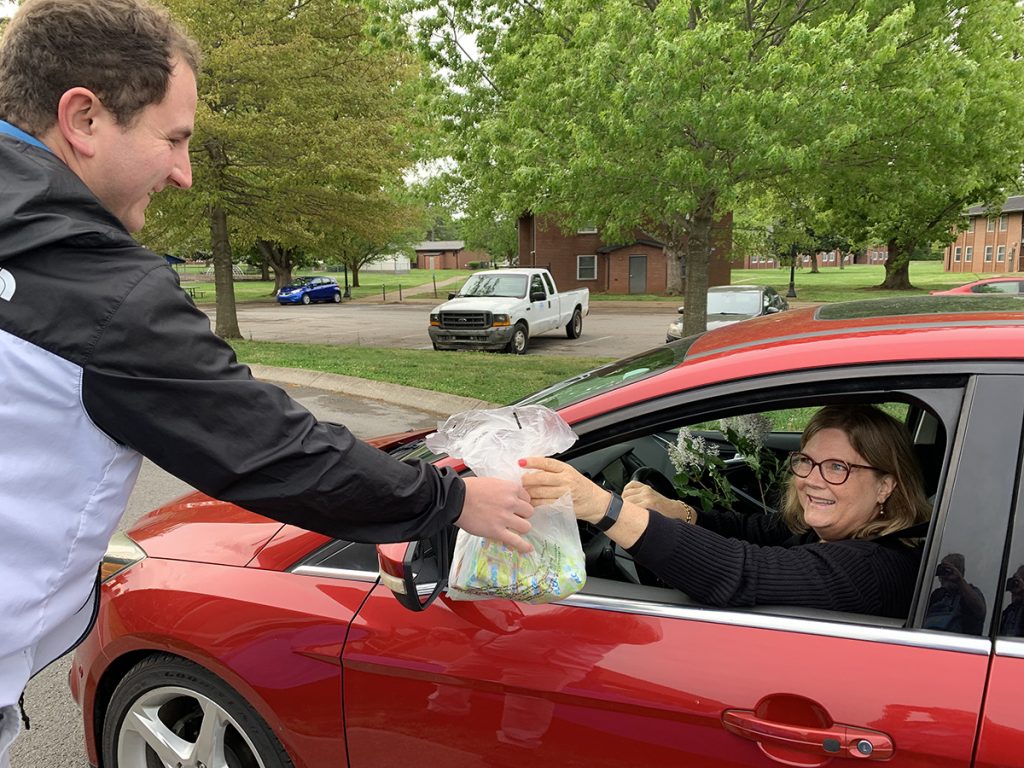