In the News: Movies, home crim..

“African Americans and the Vote” is the election-year theme for MTSU’s 2020 Black History Month activities characterizing a number of events celebrating hard-fought battles in the quest for African American enfranchisement.

Held at the Building and Aerospace Building, the public panel titled “Election Protection and Voting Rights in the 2020 Election” was scheduled to build upon that theme and was hosted by the university’s student chapter of the NAACP and chapter adviser Millicent Nelson, a management professor in the Jones College of Business.

Franklin, who has been teaching at MTSU for 17 years, specializes in topics such as American and urban politics, social movements, along with various racial and ethnic issues. Franklin has taught courses on civil rights policy and voting rights. 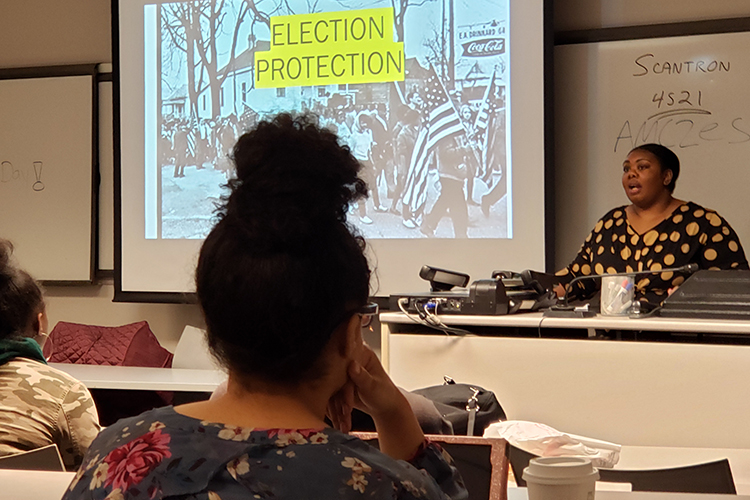 He pointed to the U.S. Senate report about Russia’s aggressive disinformation campaign in the 2016 election that “was excessively targeted toward black people” and warned that similar efforts would be attempted for the 2020 election through social media and other means.

“Please note this: If you’re on Twitter, if you’re on Facebook, please verify everything that you hear,” he said. “You may see something that says ‘ABC News Today.’ That could be a fake website using the ABC moniker. Disinformation is a major issue. … And it is a voter suppression tactic … and I guarantee, 100 percent, that it’s going to happen this time as well.”

A Harlem, New York, native, Eady currently serves as an Election Protection Organizing Fellow at the Lawyers’ Committee for Civil Rights Under Law. Election Protection is the largest nonpartisan voter protection coalition in the nation. It began in 2000 following the controversy surrounding the Bush v. Gore Supreme Court decision that resulted in George W. Bush becoming the 43rd president. The organization has received more than 200,000 calls to its 866-OUR-VOTE hotline, she said.

Eady told the audience that her passion for voting rights stemmed from her family’s influence. Her maternal grandmother wasn’t able to vote “for the majority of her life,” Eady said, but once she gained the franchise, she “voted for every little thing. … and that passed on to my mother.”

In 2016, Eady was a sophomore at Loyola University in New Orleans, but hopped on a flight back to her native New York to vote. But once arriving to the polls, she said she was sent to five different polling places and was told her name wasn’t on the various rolls. After finally getting in a precinct line late in the day, poll workers told her and others that the polls were about to close.

“No one told me I should have stayed in the line,” Eady said. “I not only left, but a lot of people in my community that were workers that had jobs during the day, wanted to cast their ballots, actually walked away. And honestly it wasn’t until the next day on the news that it was discovered that some polling places didn’t even tell people that they weren’t supposed to leave that line.

“Had I known then what I know now, I wouldn’t have left.” 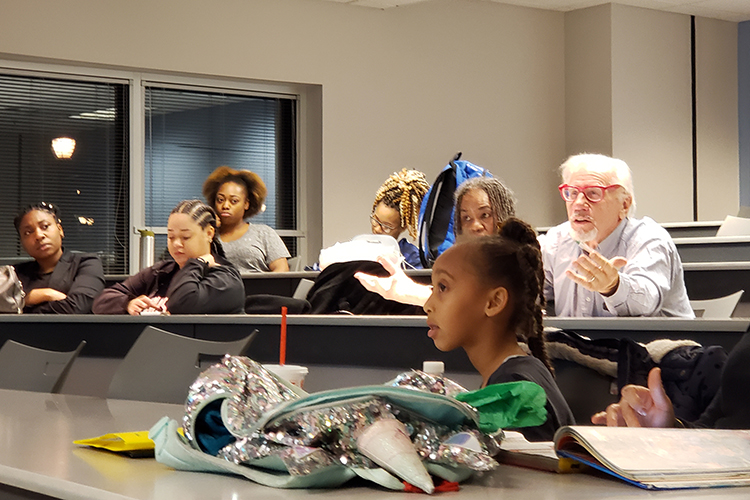 “I myself was able to connect with (Eady) on a personal level in the aspect of being a heavy voting advocate for not only people of color but especially people in our age range,” said the Jackson, Tennessee, native. “In this day and age, we need more people like Armani helping to inform us as ‘millennials’ on these important matters because there’s so much deception and misguided information right in front of our faces each and every day!”

Franklin said there are “still problems with voter engagement today” because focus is often ramped up during presidential and midterm election years, but not as much during off-year elections that are geared more toward local races.

Franklin, who is active within various social justice groups in the region such as the Tennessee State Conference of NAACP, Operation W.A.V.E., Tennessee Alliance for Progress (TAP), and others, noted that there are 430,000 people in Tennessee eligible to vote but can’t because of outstanding fines and fees.

Franklin said voters should expect suppression efforts this year because a lot is at stake politically, with 2020 elections likely to determine another 200 federal judicial appointments as well as policies surrounding issues such as food safety and environmental standards.

The best way to combat suppression efforts is to “overwhelm the election booth with voters,” he said.

Franklin went back through some of the state’s history surrounding voting rights, including the fight in the 1940s and 1950s to challenge the state’s poll taxes and the “Tent City” sharecroppers movement in the 1950s and 60s out of Fayette County in West Tennessee to fight for the right to vote. The significance of the 1957 Civil Rights Act was the creation of a Civil Rights Division that put federal legal resources behind voting rights and protections.

“Conditions were so bad that the civil rights leaders openly wept at a mass meeting,” he said. “That’s how bad the conditions were.”

Those protests led to the Civil Rights Act of 1965, which included two critical sections — it prohibited discriminatory practices surrounding voting and included a preclearance provision that meant changes to local election law had to first be approved by the federal government. 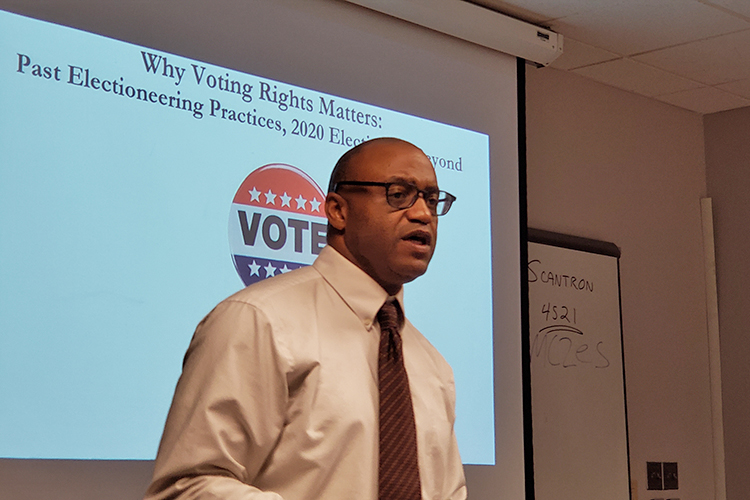 Franklin noted that the preclearance provision was removed by the courts several years ago, leading to a host of rules changes across the country that some believe are attended to suppress voter participation and turnout.

Meanwhile, Eady shared a quote from Dr. Martin Luther King Jr. from May 1957, in which he noted that without the irrevocable right to vote, “then I do not possess myself.”

“He knew what we know now, that voting is powerful, and it’s also political,” Eady said. “It helps us decide and make laws that govern us.”

Eady’s presentation included a call to action for those attending, and she offered a number of ways people can get involved: passing out voter information; hosting town halls and tabling events; fundraise to help indigent and low-income residents pay for required photo IDs; or even becoming a poll worker or a poll monitor.

“When you don’t vote, you’re giving permission for someone else to speak for you,” she said.