MTSU’s inaugural ‘Day of the D.. 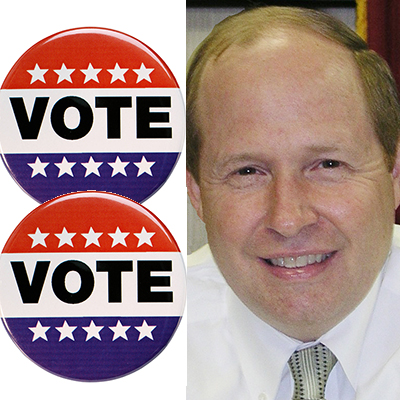 MTSU students will attempt to make sense of an extraordinary election year with their own prognostications at the “2016 Election Pre-Game Show” at 6:30 p.m. Tuesday, Nov. 1.

The Department of Political Science and International Relations is presenting the event in the MT Center of the Sam Ingram Building, 2269 Middle Tennessee Blvd. in Murfreesboro.

The event is free and open to the public, and free parking is available onsite. A printable campus map is available at http://tinyurl.com/MTSUParkingMap.

Presenters will be students in “Advanced Studies in American Politics: Advertising Communication and Strategy in the 2016 Presidential Election,” a class conducted by assistant professor Kent Syler.

“We’ll lead off with the team covering the House,” said Syler, a former aide to ex-Congressman Bart Gordon. “They’ll give their predictions, show us some ads from across the country and tell us what they think the House will look like, how it will break down between Democrats and Republicans, at the end of Election Day.”

The team assessing the Senate races will then deliver its presentation, followed by teams assigned to the swing states that could decide the balance of power in the White House and both houses of Congress.

Among the states the students will examine are Arizona, Missouri, North Carolina, New Hampshire, Georgia, Nevada, Pennsylvania, Florida and Ohio.

Syler said the students will consider early voting turnout, demographics and some gut instinct based on who is perceived to have the momentum. Polling also matters, but this year’s polls have produced widely varied results.

“What the students do is look at kind of a cumulative average of a bunch of different polls and base a lot of their decisions on that, but this is not an exact science,” said Syler.

The budding political analysts are graded on weekly reports and papers they will write at the end of the semester, as well as their performances during the pre-game show.

While the students have expressed different preferences for both presidential and down-ballot races, Syler said they have been objective and civil.

“We’re not trying to decide who’s right or who’s wrong,” said Syler. “We’re just trying to look at what they’re doing, the tactics they’re using and the strategy, and look at it from more of an academic standpoint and learn from it.”