Theatre and Dance opens season in an ‘Elephant’s G...

Theatre and Dance opens season in an ‘Elephant’s Graveyard’ 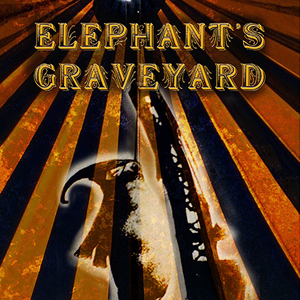 Tennessee students will depict a tragic and confusing moment in Tennessee history when MTSU Theatre and Dance is opening its 2012-13 season with George Brant’s “Elephant’s Graveyard.”

Directed by Dr. Crosby Hunt with movement by Professor Kim Neal Nofsinger, “Elephant’s Graveyard” will feature a cast of 13 students from across the state in performances set Oct. 3-6 and Oct. 10-12 in the Studio Theatre inside the Boutwell Dramatic Arts Auditorium.

“Elephant’s Graveyard” makes use of historical facts and folklore to investigate the story of Mary, an elephant who was put to death by hanging in World War I-era Erwin, Tenn., after killing her trainer.

Dating back to 1916, Brant’s play, which earned the 2008 Keene Prize for Literature, mixes humor and tragedy to explore the conflict between a small town and the laborers in a traveling circus act.

“I like that it’s in the studio (theatre) because it’s very small and intimate,” Hunt said. “It’s an interesting read, and it’s a different kind of play. Everyone tells their own version of the story, so they don’t really have scenes. It’s altogether just a good story.”

The show’s running time is about 75 minutes. Curtain time is 7:30 each evening, and there also will be a single matinee performance at 2 p.m. Sunday, Oct. 7.

Seating is limited to 100 people per performance, and tickets are available on a first-come, first-served basis.

For more information about the show, visit www.mtsu.edu/tuckertheatre/Shows.php or call 615-494-8810.