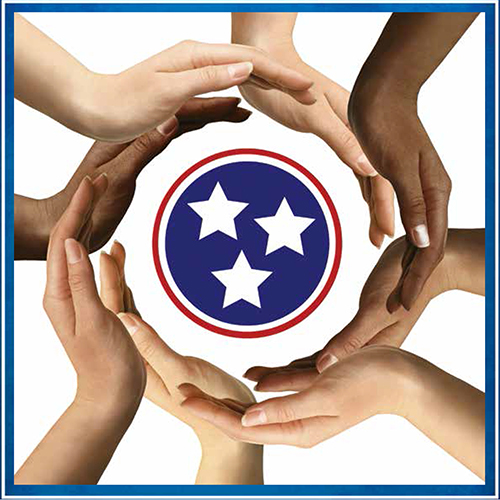 MTSU Marketing and Communication Vice President Andrew Oppmann, left, joins Carolyn Tumbleson, MTSU Office of Community and Engagement and Support Director Gloria Bonner and Meagan Flippin to discuss how the university is faring in the current Employee Charitable Giving Campaign Oct. 20 in the Student Union Ballroom. Flippin, an MTSU alumna, serves as president and CEO of the United Way of Rutherford and Cannon Counties, while Tumbleson is director of resource development. (MTSU photos by News and Media Relations)

MTSU staff and faculty are nearly 70 percent toward their goal in the annual Employee Charitable Giving Campaign.

As of Oct. 22, university personnel reached and passed the $87,000 level — about 67 percent toward the goal to raise $130,000 for charitable organizations in Middle Tennessee and the entire state.

When MTSU President Sidney A. McPhee addressed those who attended a mid-progress report, he told them it was an objective “of not only reaching but exceeding our goal” and approaching anywhere between $133,000 and $135,000.

The MTSU leader, who admits he is competitive, said he wants MTSU to “be one of the top entities in our community” in donating to the numerous nonprofits that provide a social safety net through a wide array of services.

Reigning champion Jones College of Business maintains the lead in the Provost’s Cup, a coveted prize going to the academic college on campus that has the highest percentages of participants. The College of Basic and Applied Sciences earned the first cup in 2012.

“The challenge is out,” said alumnus John Hood, master of ceremonies for the event and director of government and community affairs. “Please go out and encourage your colleagues.”

MTSU President Sidney A. McPhee, left, listens Oct. 20 as Sandy Benson, interim chair of the Department of Accounting, talks about how the Jones College of Business is performing in the Employee Charitable Giving Campaign, which ends Friday, Oct. 31. The college is defending champion and frontrunner for the 2014 Provost’s Cup to have the highest percentage of participants.

Watch a kickoff video below: