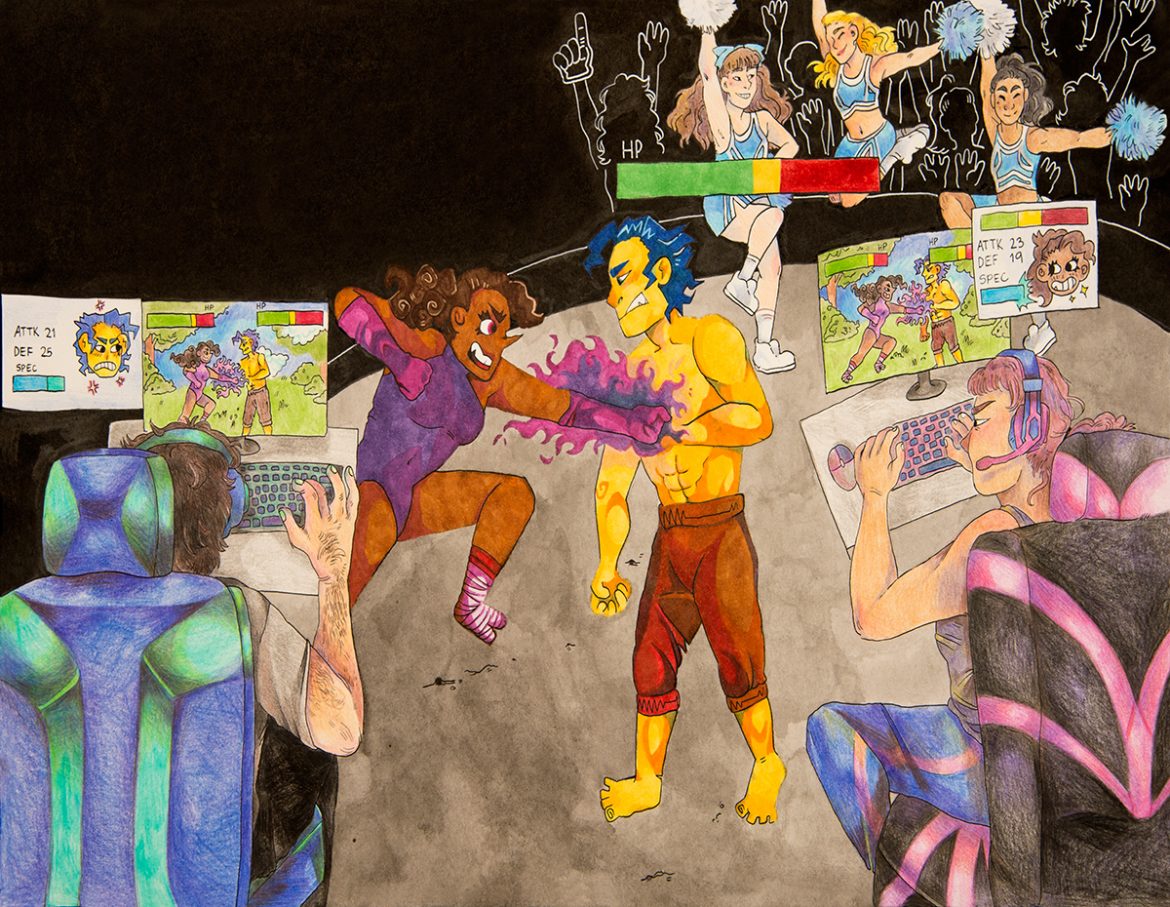 At colleges across the country, video games have gone varsity

Harrisburg University doesn’t have traditional varsity sports. More than 90% of its 5,500 students are in postgraduate programs—not a promising pool for fielding a basketball team or even a rowdy fan base. But it does have a vibrant eSports club, whose members gather regularly to battle it out on screen. So last year the administration followed their lead and created a varsity eSports program, complete with fully equipped practice space and full-ride scholarships.

Chad Smelz, who directs the program, said the university recruited for it through popular websites like Reddit. About 500 people tried out online for 16 scholarship positions, which eventually grew to 22. The university flew in the 32 finalists to interview them in person.

When people question that investment, Smelz notes that Harrisburg University has been mentioned on ESPN “about 10 times in the past year,” up from its previous streak of zero.

“Last week our League of Legends team was ranked fourth in the nation on an ESPN list,” he said. “That’s something that people who don’t understand eSports still understand in general: rankings and ESPN.”

More important, he says, are the sense of community eSports have brought to an otherwise introverted campus and the caliber of student that elite gaming attracts.

“It’s not easy to reach that high a level in a game—to be the top 1% of the top 1% out of, say, a couple million people,” Smelz said. “You have to be pretty smart. You have to understand how to improve and have work habits that allow you to improve. Generally speaking, a lot of that will translate over into education.”

Zan Dainwood, an MTSU Animation major from Smyrna, found some allies to help her bring eSports to MTSU. She’d always wanted to play varsity eSports in college—“I thought it would be cool to represent the school by playing for a team,” she said—but MTSU didn’t even have a club.

So, encouraged by an English professor, she and fellow League enthusiast Jonathan Stickler started one. 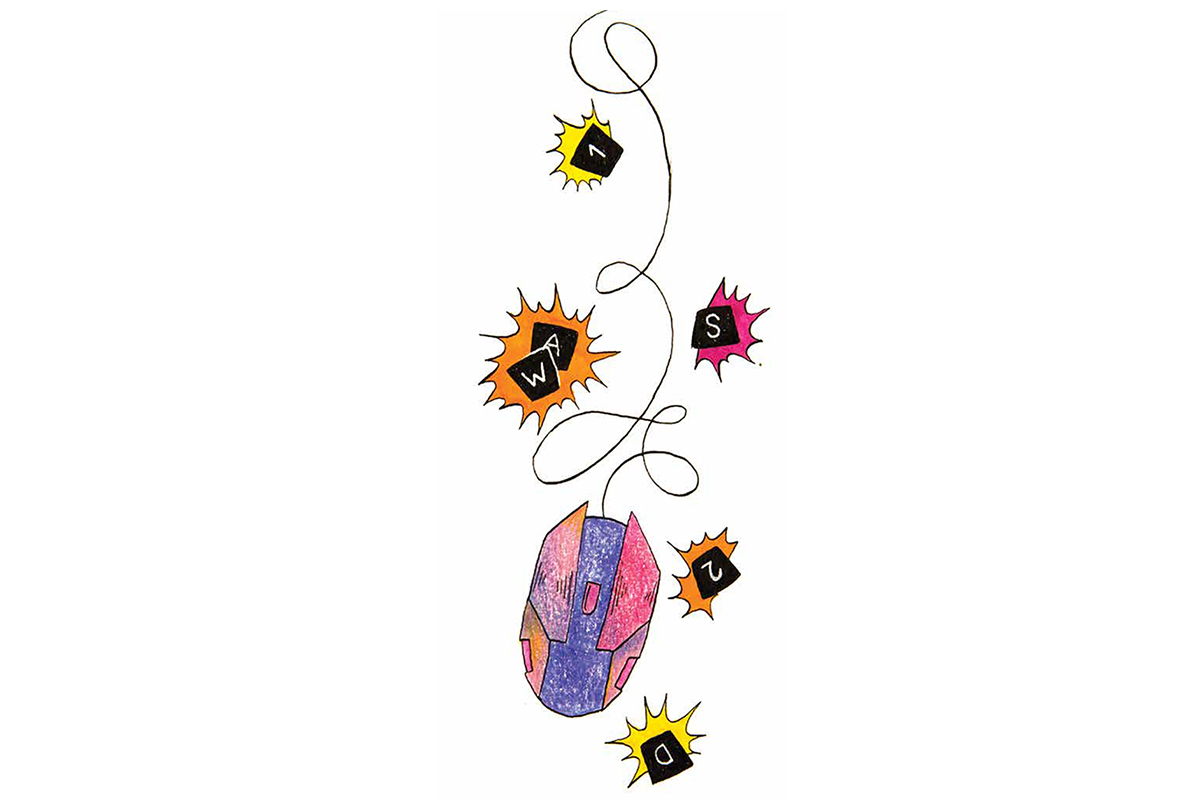 Victoria Horsley, marketing manager for the National Association of Collegiate eSports (gaming’s closest equivalent to the NCAA), says varsity applicants at NACE schools have an average ACT score of 30 and skew heavily toward science, technology, engineering, and math.

“These are very objective-based, quick-thinking people, which is where you get the STEM majors for the most part,” she said. “So [their skills are] very applicable to the real world when they graduate.”

“They’re using the same competitive skills,” she said. “They identify a challenge, find a strategy to overcome it, bring their allies together, and overcome the challenge in what we call an epic win.”

MTSU eSports has become one of largest clubs on campus, with 300 members on Discord, an online communications platform, and 83 active members. Although it’s a rec-level organization, the club fields multiple teams that compete outside the university framework. They hold annual tryouts; practice regularly; watch games together (the way traditional sports teams watch film); and participate in scrimmages and tournaments with teams from other schools.

Dainwood hopes MTSU eSports can become a competitive club, like rugby or bowling. Dean, its new faculty advisor, has higher hopes than that. 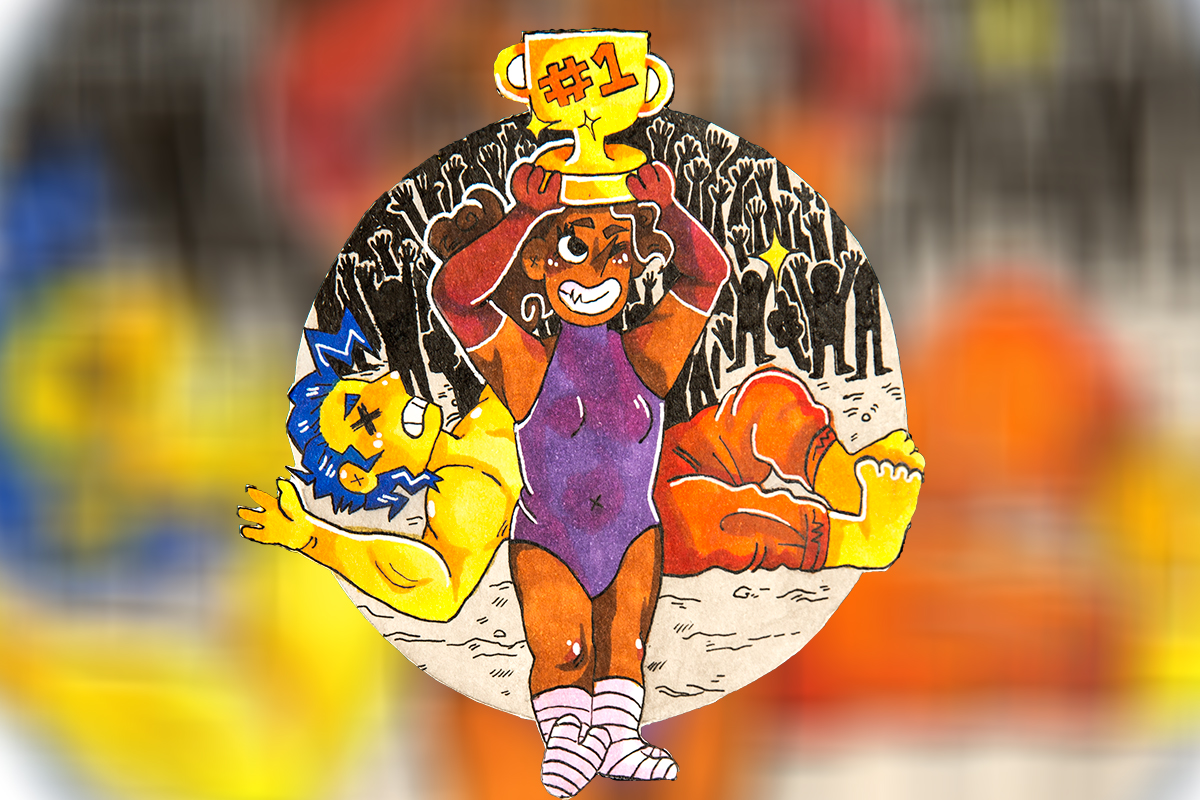 The Future Is Now

A game-design researcher since 2002, Dean is part of a community that has long recognized the academic legitimacy of eSports. Academic institutions are finally recognizing it too.

When Harrisburg University joined NACE in early 2018, the two-year-old organization had about 50 members, Smelz says. By February 2019, membership had reached 125.

Boise State University was part of that first wave, thanks to Chris Haskell, clinical assistant professor of Educational Technology. He had used video games in his classroom for years before suddenly realizing that varsity eSports was taking off—and early adopters would lead the field. “Like every scientist in a disaster movie,” he said, “I took that warning to the president. And I found myself on a rocket with Bruce Willis.” Boise State now has a 60-person varsity team and the largest training facility in collegiate eSports.

Meanwhile, Dean thinks she’s found a way to launch varsity eSports at MTSU—by giving the club a home in the Immersive Storytelling Lab, which she co-directs. A joint venture between the College of Media and Entertainment (CME) and the Information Technology Division, the lab helps students and faculty produce immersive experiences for gaming, storytelling, and scientific applications through virtual reality technology.

In February 2019, Dean secured verbal agreements from the administration and the CME to fund a varsity program.

“We looked up the requirements, and it seems that we can make it happen,” she said. “Our faculty have pledged the money the team needs to join NACE, and the eSports club is ready and excited too.” Once everything’s official, she’ll seek grant funding through the lab to offer eSports scholarships.