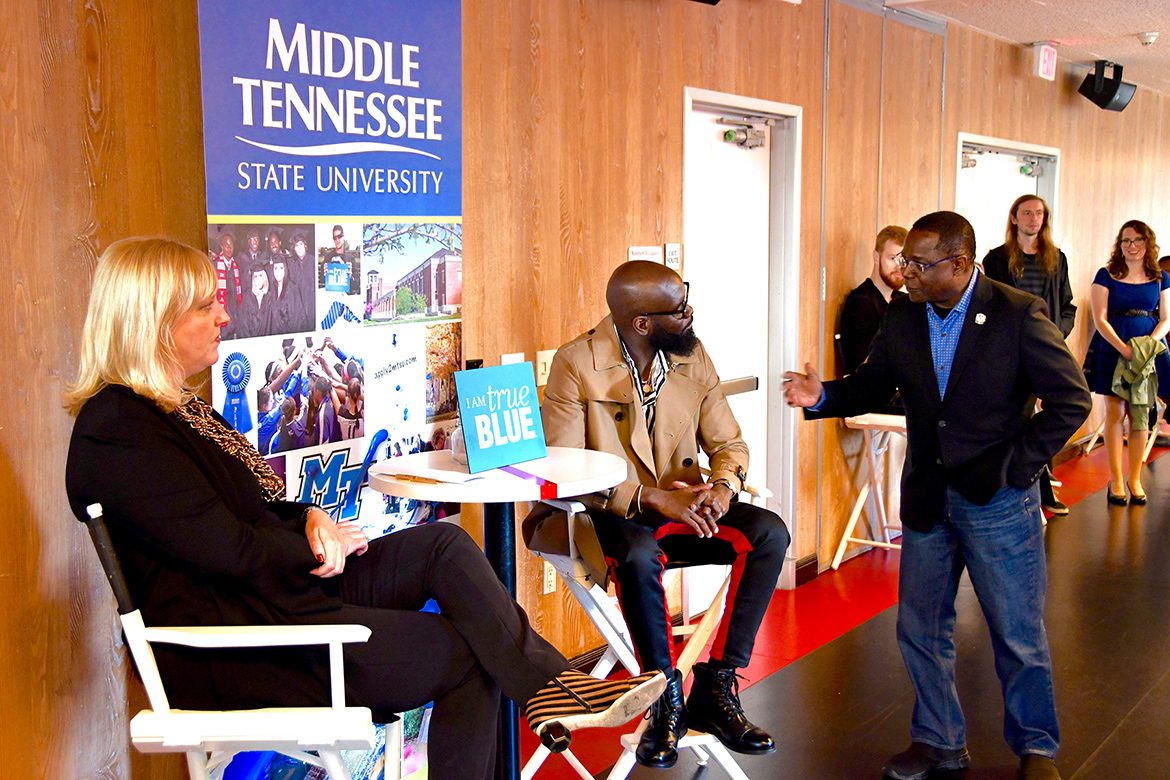 The multiple Grammy and Dove award winner told them to graduate, network and take advantage of all the opportunities that the College of Media and Entertainment offers. 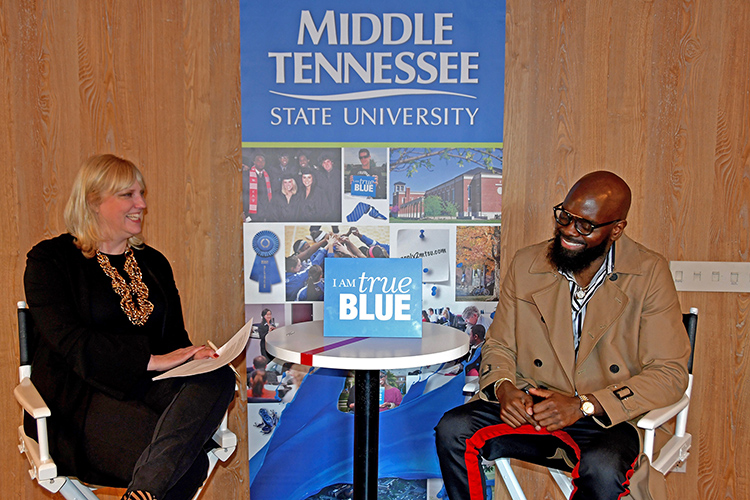 “What it did was help me understand the business side,” Esmond said of his 2003 music business degree. “And it saved me a lot of money.”

Beverly Keel, chair of the Department of Recording Industry, interviewed Esmond in front of the event’s audience. Video excerpts from the event are available below.

Esmond, who recently established a scholarship for MTSU students, has maintained close ties with his alma mater. That networking, he said, has helped him make and keep connections that continue to help his career.

“You never know which of your fellow classmates will run what label,” he said. “Nobody would have ever thought I would be a Grammy winner.”

And he urged students to “take advantage of the school” and what it has to offer, including “world-class studios and world-class programs.”

And, on Sunday, MTSU teamed with Leadership Music for a reception for Nashville-area recording industry executives and artists before the national telecast of the 61st annual Grammy Awards ceremony. 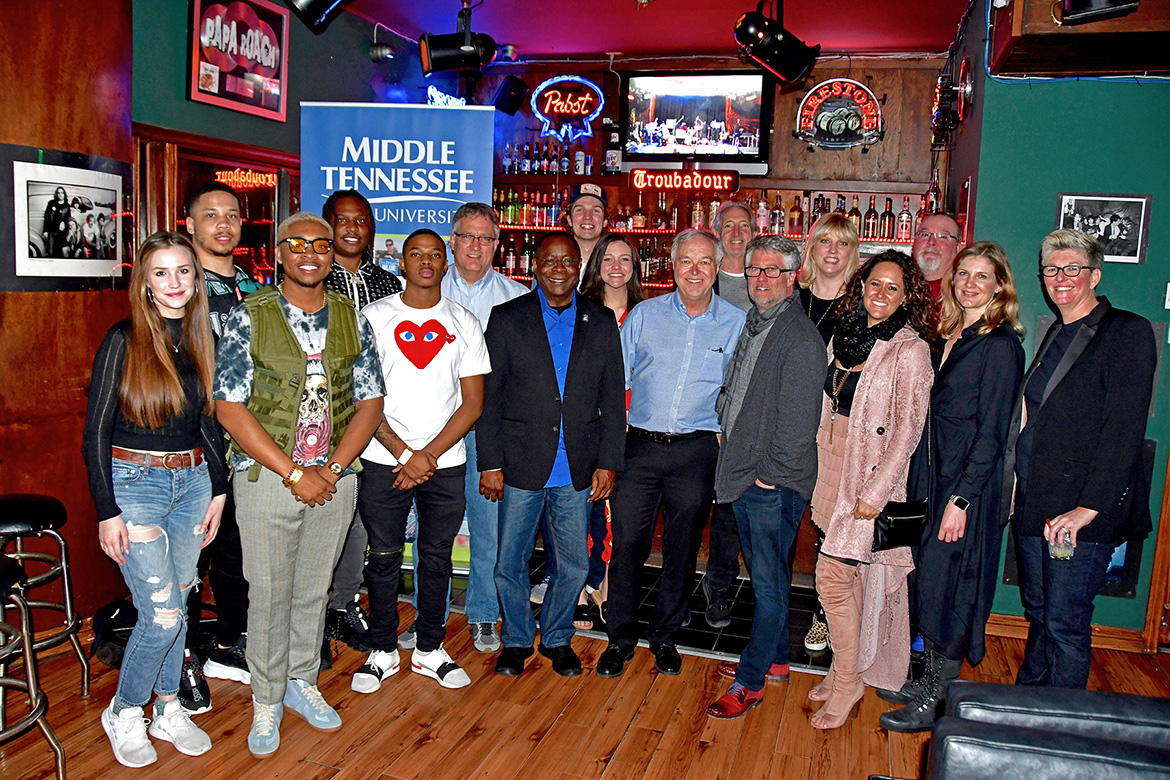 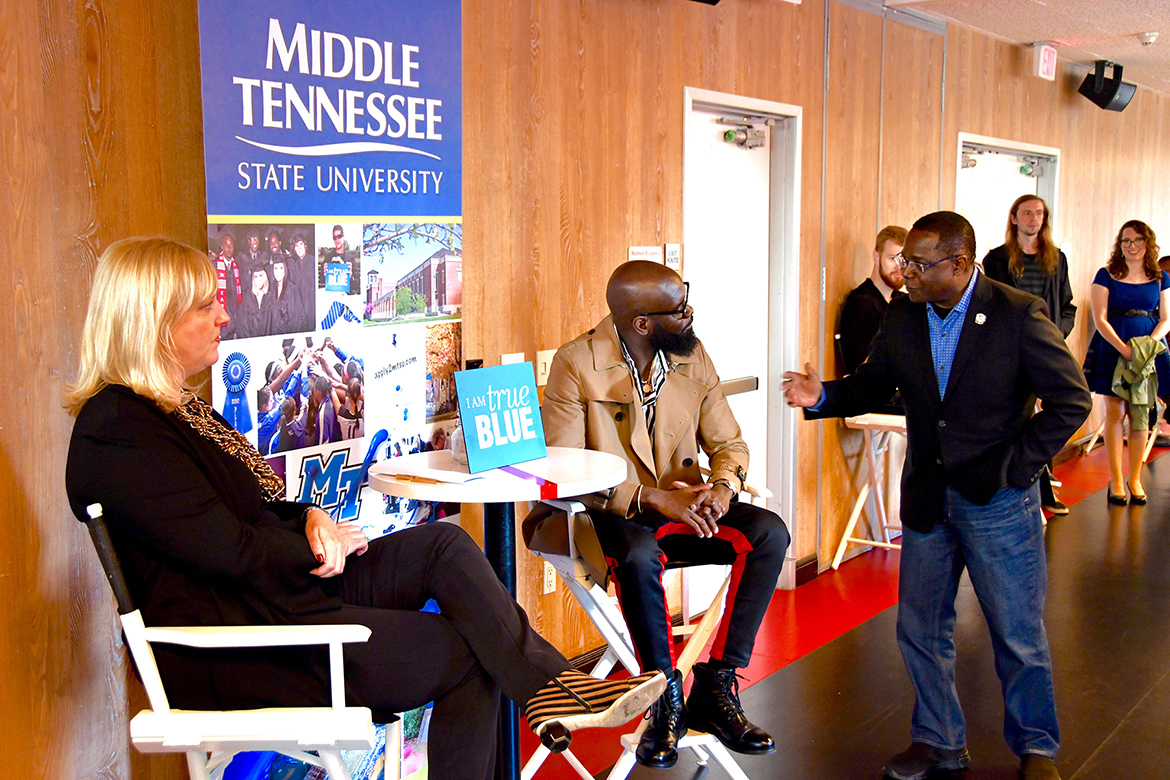 President Sidney A. McPhee, right, congratulates MTSU alumnus and Grammy winner Torrance “Street Symphony” Esmond, who was honored Saturday, Feb. 9, by Middle Tennessee State University as part of its events before the Grammy Awards. At left is Beverly Keel, chair of the Department of Recording Industry. (MTSU photo by Andrew Oppmann)