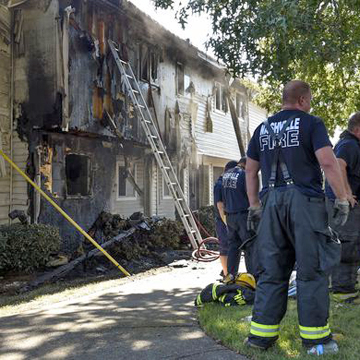 UPDATED 11/10/16: A GoFundMe.com account has been established in addition to the previously established fund with Ascend Federal Credit Union to assist Middle Tennessee State University graduate student Eva W. Kibe-Pea, whose family lost everything in a Nashville apartment fire Nov. 3.

Dr. Ron Aday with the MTSU Department of Sociology and Anthropology said the direct deposit Ascend account fund is listed as “Eva K. Pea,” and donations can be made at any Ascend location.

A GoFundMe crowdfunding account has also been recently established and had raised $1,445 toward a $5,000 goal as of Nov. 10. To contribute, click here.

Kibe-Pea, a native of Nairobi, Kenya, is a master’s degree student studying sociology. She earned her bachelor’s degree in sociology earlier this year.

“We are trying to move forward,” Kibe-Pea said of her family after the Nov. 3 fire near Nashboro Village in south Nashville. The family was not home when the mid-afternoon fire broke out in a nearby apartment. All of their furniture and clothing was burned or damaged by water or smoke.

The blaze at the apartment complex damaged two or three units, and water damaged several other units, Metro Nashville Fire Department officials told The Tennessean. No one was injured.

The American Red Cross of Nashville has been providing shelter and necessities to the displaced families and assisted in placing the Kibe-Pea family in an area hotel.

“We are looking for a new place to live,” Kibe-Pea said.