MTSU faculty and alumni will once again be involved in the 44th Elsie Quarterman Cedar Glade Wildlife Festival at Cedars of Lebanon State Park.

MTSU’s Center for Cedar Glade Studies partners with the state park to host the annual event the evening of Friday, April 29, and all day Saturday, April 30. 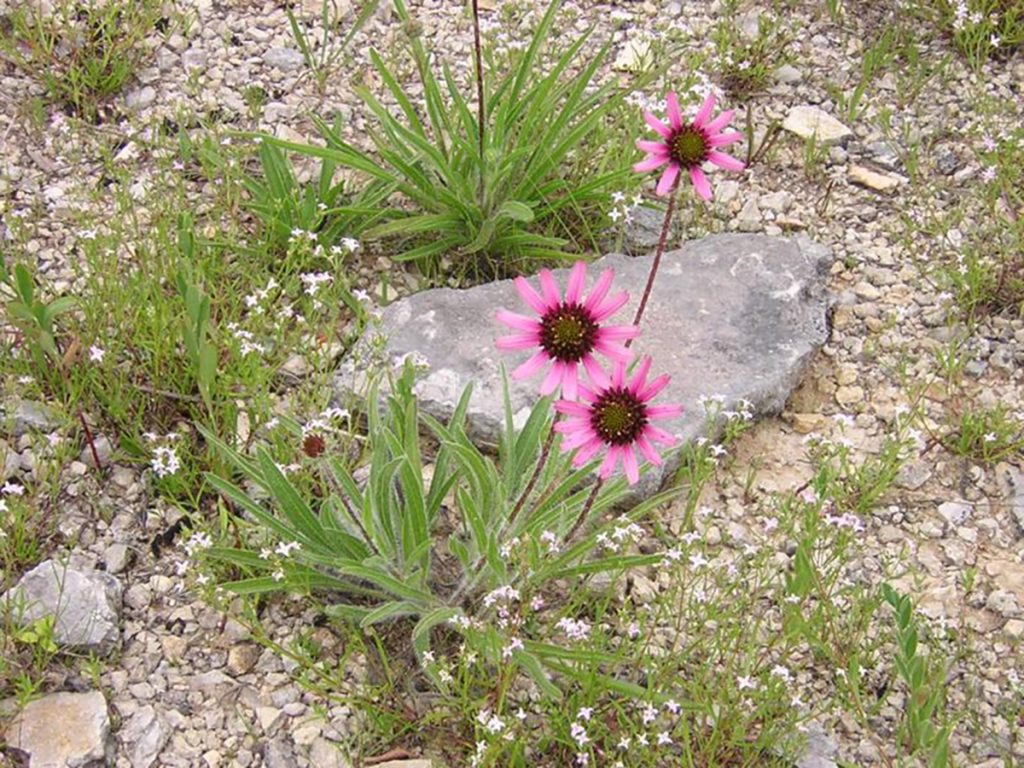 A Tennessee purple coneflower grows among the rocks in the cedar glades at Cedars of Lebanon State Park near Lebanon, Tenn. The 44th Elsie Quarterman Cedar Glade Wildlife Festival will be held Friday and Saturday, April 29-30. (File photo by the State of Tennessee)

Sadler admits “there will be something for everybody, even if you don’t want to get out and hike” at this year’s festival, formerly known as the Wildflower Pilgrimage. “We want people to come and learn about the cedar glades.”

For children of all ages, there will be an owl presentation featuring Orion the owl from Owls Hill — and an activity table for youngsters.

“There’s a wonderful native plant garden behind the nature center,” Sadler said, adding that native plants will be available for sale in May, but not at this year’s event.

Activities at the festival include three-hour hikes with field botanists for people wanting to learn more about the plants. There’s also shorter, family-friendly programs that include a geology hike to learn more about the rocks and fossils in glades, native plant gardening and learning stations that teach about some aspect of cedar glades. For a complete schedule, go here.

Cedar glades are found in the Midstate in Wilson, Davidson and Rutherford counties. When settlers first came to the area, they noticed places where there were no trees. They called these glades.

Limestone cedar glades are globally unique and fragile habitats found primarily in Middle Tennessee. Viewed historically as wastelands, they support a plant community of highly specialized species, many of which are found nowhere else in the world.

The Friday evening program features Patrick Quarterman and wife, Ann, reminiscing about the late Elsie Quarterman, a noted plant ecologist and Vanderbilt University professor emerita who died in 2014 at the age of 103.