'Message from the President': ..

Brandon Whitehead has always been ready for a challenge. He overcame a major surgery when he was 5 years old, has dealt with vision loss since he was a child. His most recent challenge was returning to college in his 40s to earn a master’s degree.

Whitehead, who works for the State of Tennessee as the lead financial analyst of grant budgeting and reporting, is three courses away from earning a Middle Tennessee State University master’s in Professional Studies, with a concentration in Strategic Leadership. 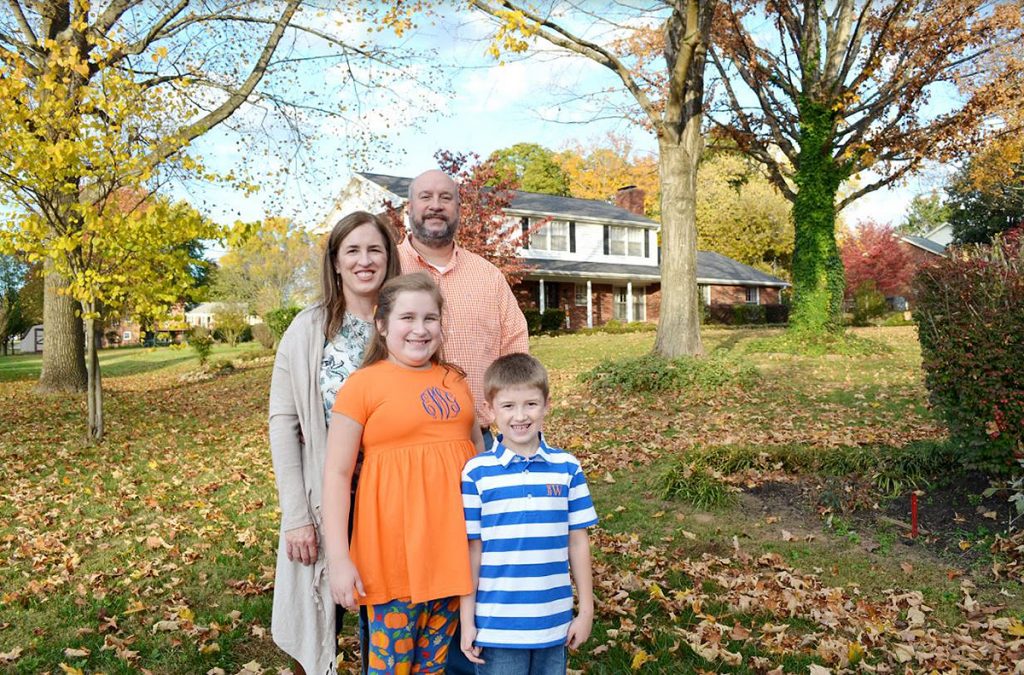 The Whitehead family — Brandon, top right, Michelle, daughter Ella, 10, and son, Walker, 8, stand in front of their Old Hickory, Tenn., home. Brandon Whitehead, an MTSU graduate student, is three courses away from earning a master’s in Professional Studies, with a concentration in Strategic Leadership. (Submitted photo)

Before enrolling in graduate school at MTSU, Whitehead attended college the University of Tennessee-Martin. He also earned an MBA from the University of Phoenix. Still, that was in 2003, more than 18 years ago. Now, the 45-year-old Whitehead said he returned to college as a challenge to himself.

“I had already completed all of the training at work that was available to me,” he said. “I had to find something to make myself stay motivated and help me grow in my career.”

Whitehead is quick to admit he has the gift of gab and loves having a conversation with anyone willing to listen, and that led him to want to be a better leader, both at work and in his personal life.

Whitehead, who grew up in Obion County in West Tennessee, lives in Old Hickory with his wife, Michelle, and their two children. Through his church, Hermitage United Methodist, Whitehead is very active in the Celebrate Recovery program, where he tries to encourage others not to live with a “rearview mirror mentality.”

“I think this degree will help me grow and learn in my career and also be a better leader with that group,” Whitehead said. “The bottom line is I want to help people get to where they want to be, and it takes a good leader to do something like that.”

Whitehead has been taking one course at a time because of something that happened when he was very young. As an infant, scar tissue developed on his brain, causing either seizures or strokes when he was just 5. His family knew he had to have surgery to prevent any long-term damage.

He recovered nicely from the surgery but lost peripheral vision in both eyes. Whitehead said this makes reading one page of text feel like reading “eight or 10 pages.”

“It’s difficult, but the MPS professors and faculty have been very kind,” Whitehead said. “They’ve provided resources and been so accommodating when it comes to completing quizzes and tests on time.”

Whitehead said he is also fortunate that he is taking these classes now because so many reading assignments are accompanied by audio files, so he can listen instead of straining to read page after page of homework.

Whitehead specifically mentioned professor Scott McDaniel as someone he has been very thankful to have in his corner.

“He always goes the extra mile to provide chapter summaries as if we were in a traditional in-person class,” he said. “That is huge for learning in an online-only format. He covers so much and stayed consistent, which made it feel like we were there in-person.”

McDaniel was quick to compliment Whitehead’s leadership in the classroom, too. McDaniel said he noticed Whitehead’s natural leadership tendencies on the first day of class.

“He would often encourage others with their own research project posts by pointing out the salient areas of the article and their observations,” McDaniel said. “This is the sort of interactivity in an online graduate-level statistics class that helps keep the students engaged with the content. Most importantly, Brandon would make deep connections to his own experiences with the study.”

Whitehead said that helping others, whether it be his classmates or someone in the Celebrate Recovery group, is what he is passionate about and something he wants to make a larger part of his life.

“This degree will help,” he said. “If I can find a way to serve other people while helping them reach their goals, I will have been successful.”

For more information about the MPS Degree or any other fully-online degree visit www.mtsu.edu/Online. 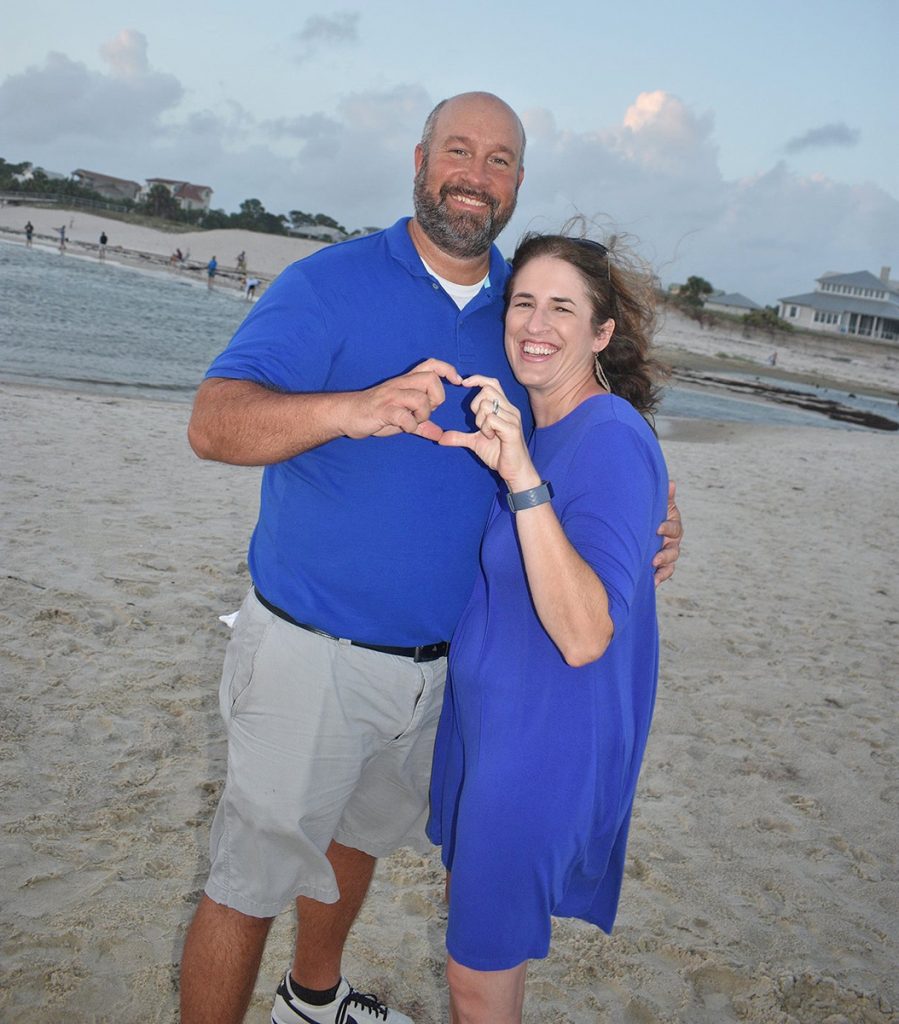 MTSU graduate student Brandon Whitehead, left, and wife, Michelle, spend time on a quiet, remote beach. The state of Tennessee employee is pursuing a master’s degree. He credits “kind and accommodating) university faculty for assisting him along his journey. (Submitted photo)