U.S. Army Col. John A. Gobel, commander of the Tennessee Army National Guard’s 230thSustainment Brigade, provided remarks, welcoming the new commissionees into the next phase of their military careers.

The ceremony is a tradition for the ROTC program, which has seen the student cadets prepare for service to their country. 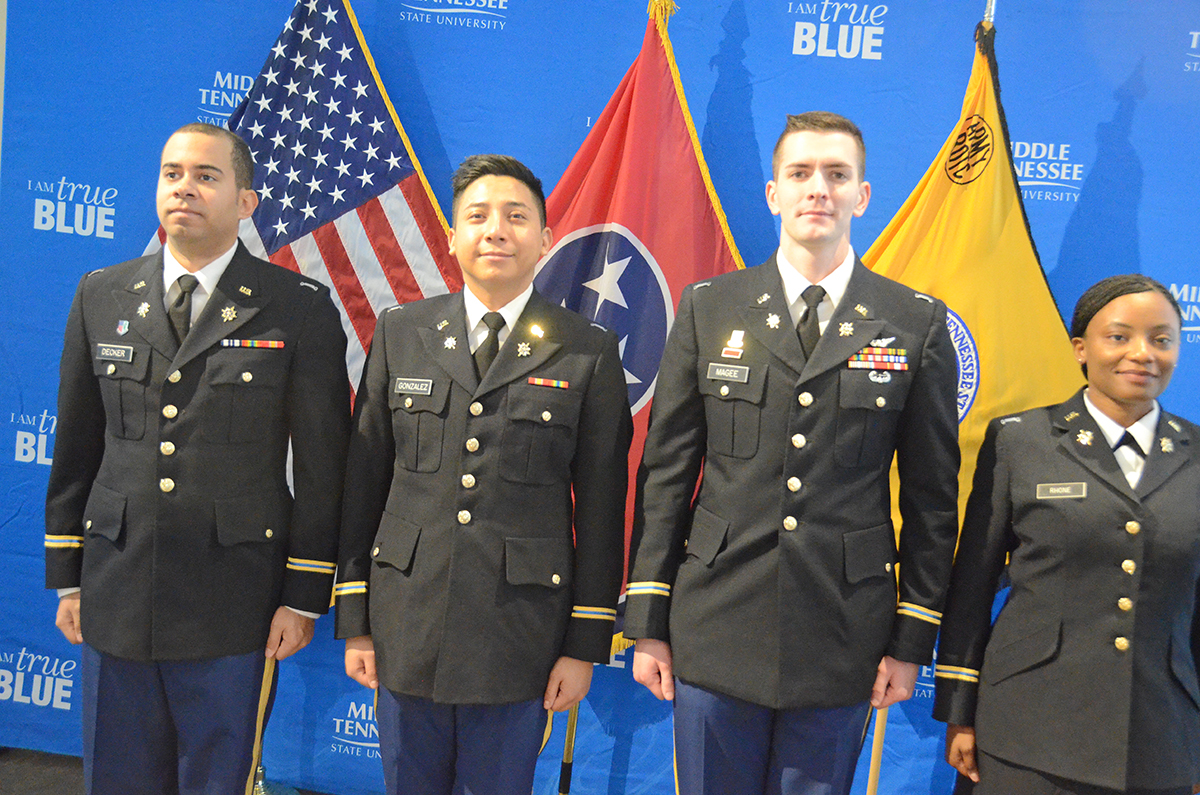 Those commissioned as second lieutenants included:

Gobel shared with them similar words he told his son, John, who joined him at the MTSU commissioning and who is in the University of Alabama’s ROTC program and will be commissioned next spring.

“The real first thing I told him was to learn the eight steps to the troop-leading procedures … you will use those eight steps time and time again throughout your career,” Gobel said.

“It will be the same at your first unit, ”Gobel said. “When they first meet the new lieutenant, they will be professional and welcoming, but it is not until you show them that you are listening to advice, learning the organization, asking good questions and being an active part of the unit, that you are engaged, that you want to be there that they will accept you as their leader. And once they know you are engaged, they will do everything they can to help you succeed.”

The Gobel-led 230thSustainment Brigade, which is about 1,800 members strong, is headquartered in Chattanooga, Tennessee, with battalions in Johnson City, Humboldt and Smyrna, Tennessee. He was appointed in August. 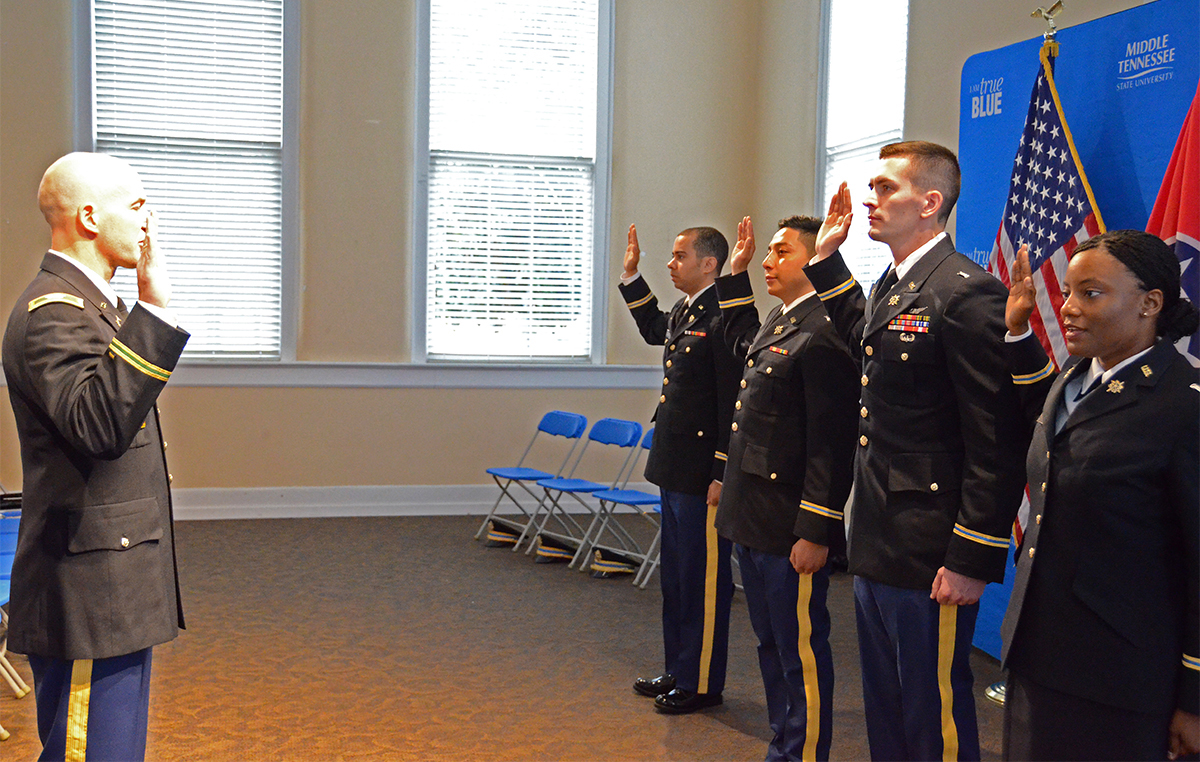 Lt. Col. Carrick McCarthy oversaw his first commissioning ceremony as the leader of the Department of Military Science.

“I can attest … these cadets have met every challenge and have overcome every obstacle necessary to become successful officers,” McCarthy said. “They have demonstrated professional competency, character above reproach and a commitment to serve their country and their future soldiers as leaders.”

“For alumni and other veterans in the room, I can assure you that you can be proud of these young officers who will soon take the oath of officership and join the ranks of those of us who have worn the uniform in service to our nation,” McCarthy added.

MTSU has more than 300 combined undergraduate and graduate programs. Military science is one of 11 College of Basic and Applied Sciences departments.