1,750-plus MTSU grads will celebrate new degrees Dec. 14 at commencement 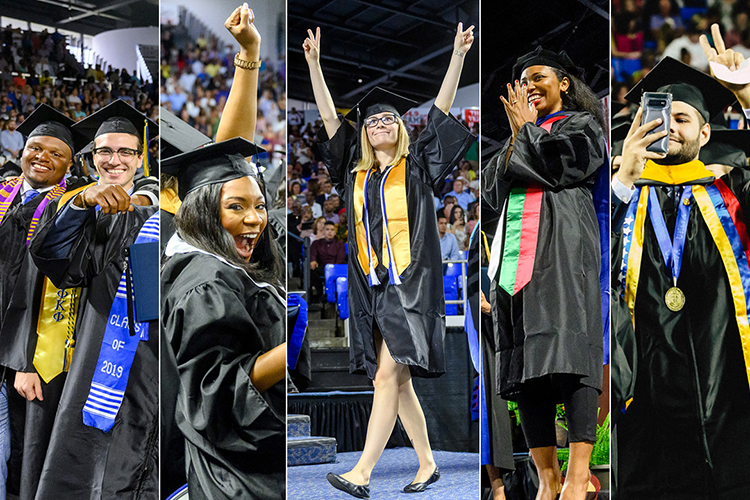 More than 1,750 MTSU students are preparing to take on the world with hard-earned degrees in hand after the university’s fall 2019 commencement ceremonies, set Saturday, Dec. 14, in Hale Arena inside Murphy Center.

The morning ceremony, which will begin at 9 a.m. Dec. 14, will feature a special commencement address from former student Chris Young, a member of the Grand Ole Opry and a multiplatinum-selling country music entertainer, for graduates in the College of Graduate Studies, College of Basic and Applied Sciences, the Jones College of Business and the College of Education.

Dr. Belle Wheelan, president and chief executive officer of the Southern Association of Colleges and Schools Commission on Colleges, will speak at the afternoon ceremony, set for 1:30 p.m. for graduates in the College of Behavioral and Health Sciences, College of Liberal Arts, College of Media and Entertainment and the University College.

Friends, families and supporters who can’t attend in person can watch the Dec. 14 ceremonies live online at two sites: http://facebook.com/mtsublueraiders or www.mtsu.edu/live.

The university will provide closed-captioning services for the live video streams as well as American Sign Language interpretation on-site at the ceremonies.

Live coverage will begin about 15 minutes before each ceremony starts. Each ceremony should last around two hours.

The university Registrar’s Office reports that 1,759 students are preparing to graduate from MTSU this fall, including 1,502 undergraduates and 257 graduate students. The latter number includes 235 master’s candidates, eight education-specialist degree recipients and 14 doctoral candidates.

Three graduate students and 12 undergraduates also will receive certificates for their advanced study.

An official program listing MTSU’s fall 2019 graduates is available here as a PDF. 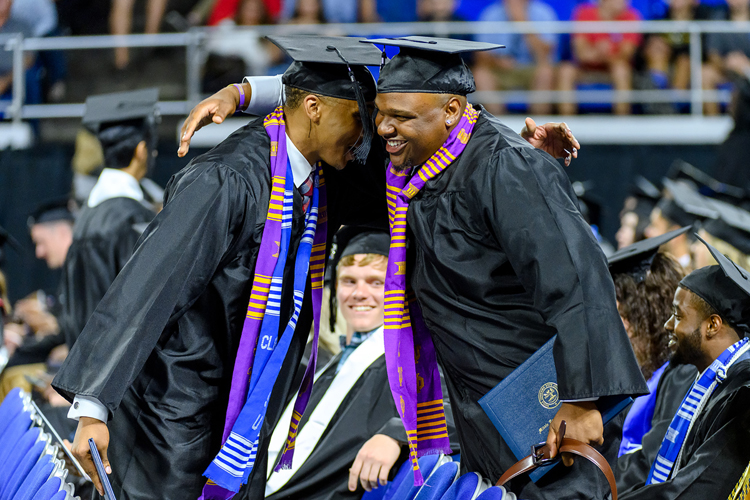 MTSU’s commencement ceremonies are always free and open to the public. A special map with parking and shuttle information for commencement day is available by clicking here, and a seating chart of Murphy Center, including access for guests who use wheelchairs or have other mobility issues, is available here.

Morning speaker Young, who attended MTSU in 2005, has already achieved over 2 billion career streams, sold 12 million singles and released 17 RIAA-certified gold, platinum and multiplatinum projects. His “Raised On Country World Tour” played to over 400,000 fans in three countries and 35 U.S. states in 2019.

His eleven No. 1 hits include “Hangin’ On,” his ninth top hit as a songwriter; “Sober Saturday Night” featuring Vince Gill; and “I’m Comin’ Over,” his first double-platinum single.

Young has long maintained his ties to the university. He donated a selection of his touring audio equipment in 2012 to be used for event production services and created an annual scholarship for recording industry students in 2016. Earlier this year, the university announced that it would name a renovated entertainment venue on campus for the Murfreesboro native to recognize his continued support for MTSU. 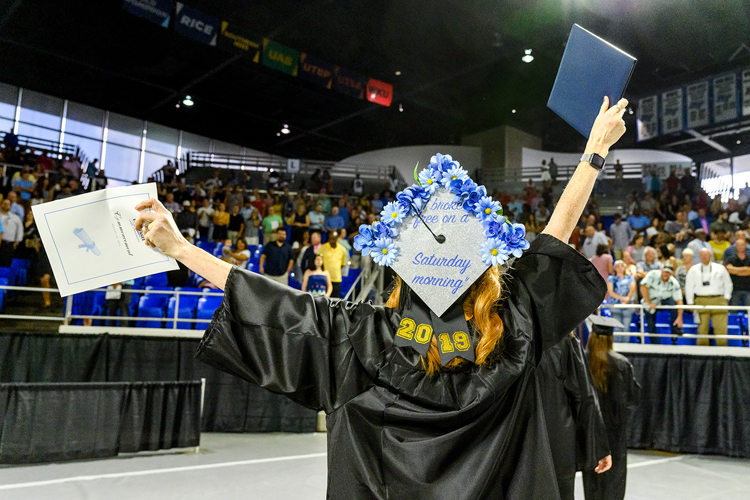 Afternoon speaker Wheelan, whose career in education spans more than 40 years, is the first woman and the first African American person to lead the Southern Association’s Commission. She’s served as a faculty member, university provost, community college president and the secretary of education for the Commonwealth of Virginia, to name only a few of her roles.

Her extensive memberships include Rotary International and the boards of directors for the American Association of Community Colleges and American College Testing Inc. She also was an appointee to the President’s Round Table of the National Council on Black American Affairs and the National Society of Collegiate Scholars’ Community College Honorary Board. 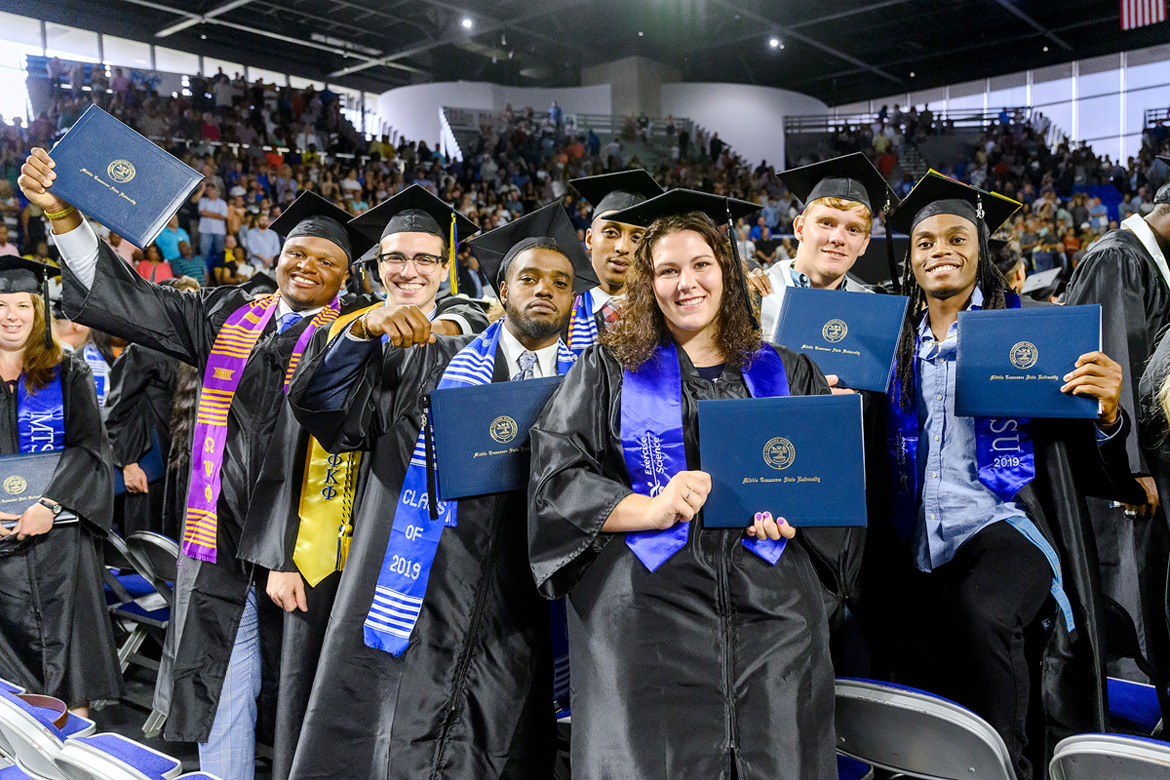 University officials are urging guests to arrive early to ease traffic congestion around Murphy Center and help ensure comfortable seating for everyone inside Hale Arena. Driving directions are available at http://mtsunews.com/graduation-info.

Graduation information — including links to maps and driving directions to MTSU, cap-and-gown information, official photographs and contacts for the Registrar’s Office — also is available anytime at http://mtsunews.com/graduation-info.