'Science of Kissing' focus of ..

MTSU struts on the runway during annual Fashion We...

MTSU struts on the runway during annual Fashion Week 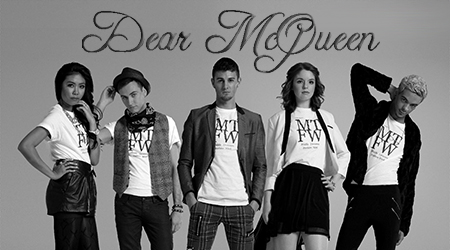 MTSU’s second annual Fashion Week shines a spotlight on everything from plus-size clothing to “Alice in Wonderland.”

From April 8 through April 12, the organization Fashion and Design Students of MTSU, known as FaDs, will display their talents at several campus venues.

On Monday, April 8, the Curvy Couture Plus-Size Fashion Show will take place at 7 p.m. in the Tom H. Jackson Building. Created by fashion merchandising majors Brittany M. Richards and Venita Rhodes, this is MTSU’s first fashion show for sizes 10 and up. Four local designers will debut their latest collections.

On Tuesday, April 9, the ECOuture Fashion Show is slated for 1 p.m. on the lawn outside the Keathley University Center. Hosted by Students for Environmental Awareness and directed by Eric Wilson, the goal is to promote the production of sustainable fashion.

Also on April 9, American costumer Manuel will speak at 7 p.m. in the State Farm Room (S-102) of the Business and Aerospace Building on campus.

Often referred to as the “Rhinestone Rembrandt,” Manuel’s original designs have been worn by Johnny Cash, Elvis Presley, Bob Dylan, Hank Williams, the Rolling Stones and the Grateful Dead.

On Wednesday, April 10, student fashion designers and MTSU alumni will show their work at the MTSU Student and Alumni Trunk Show at 7 p.m. in the SunTrust Room of the Business and Aerospace Building.

On Thursday, April 11, students Andre McGowan and Liz McLean, collectively known as the Square Rooted Noodle, will show off their “Alice in Wonderland”-themed fashions at the “M.A.D. Fashion Show” at 7 p.m. in the Tom H. Jackson Building.

And on Friday, April 12, the culmination of Fashion Week is “Dear McQueen: Walking into Wonderland,” a tribute to the late Scottish fashion designer Alexander McQueen in the James Union Building’s Tennessee Room. This event is planned and executed by students majoring in textiles, merchandising and design. All clothing in the show is student-created.

All Fashion Week events are free and open to the public except “Dear McQueen.”

Tickets to “Dear McQueen” are $15 each or $30 for VIP seating. The purchase of a “Dear McQueen” ticket also serves as an all-access pass for all other Fashion Week events.