'Primary Sources': Listen to A..

At the MTSU Convocation, Saturday, Aug. 22, held virtually because of the coronavirus pandemic, Hanna-Attisha brought a motivating message to new students. They heard details about her and her team’s investigative work with the Flint saga and she told them how college students inspire her. 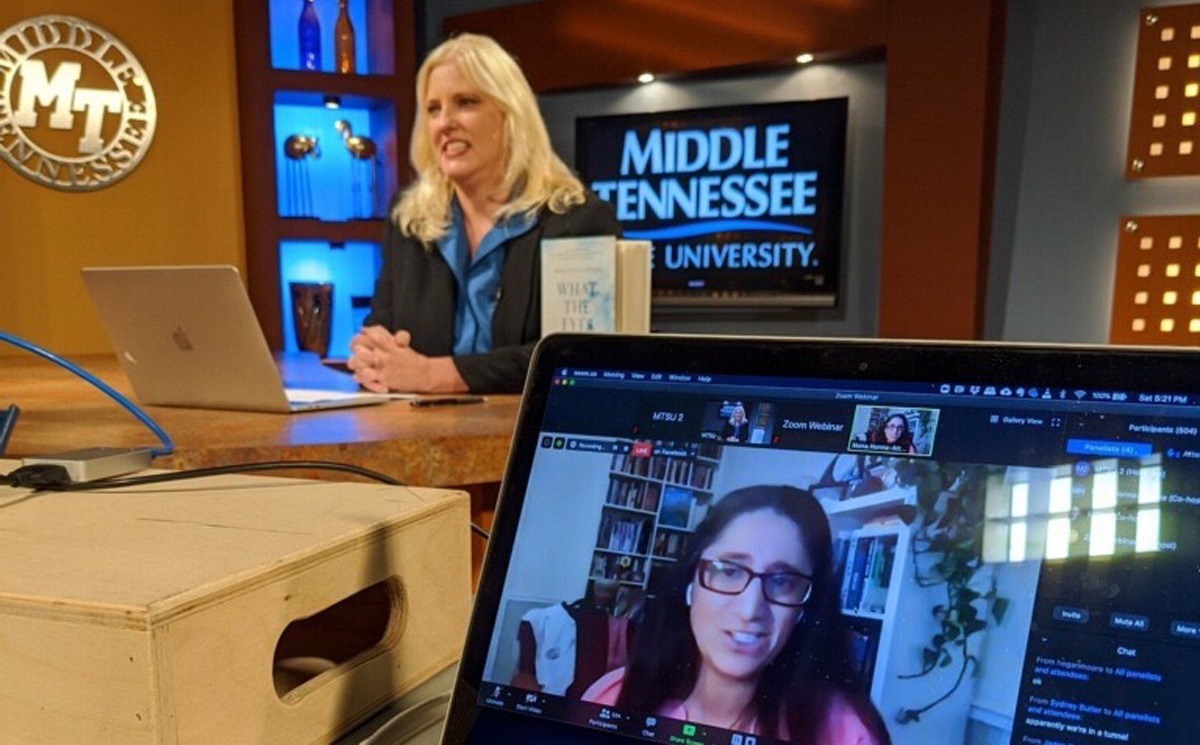 MTSU College of Media and Entertainment Dean Beverly Keel and Dr. Mona Hanna-Attisha (on the laptop screen) engage in a question-and-answer session about the Flint, Mich., water crisis and much more Saturday, Aug. 22, during the virtual Convocation ceremony. Hanna-Attisha wrote “What the Eyes Don’t See,” the Summer Reading Program book new students were required to read. (MTSU photo by Andrew Oppmann)

Convocation is an annual rite of fall at MTSU, designed to bring new students into the learning community and to immediately engage them in the learning process, said Deb Sells, vice president of Student Affairs and vice provost for Enrollment and Academic Services. (You can watch the remarks by university representatives above and view the full ceremony, including an interview with Dr. Mona Hanna-Attisha, on MTSU’s Facebook page.)

“You inspire me,” said Hanna-Attisha, who told students they are entering college at a time when the nation is facing Black Lives Matter and other social issues. The discovery of lead in Flint’s water and taking on government may have led to her own health issues, “but the kids gave me the courage to keep going.”

“I am excited for all of you (new students),” added the founder and director of the Michigan State University and Hurley Children’s Hospital Pediatric Public Health Initiative. “Yeah, this is a crazy time. This is a whole chapter about what is happening right now. Please know you don’t have to shrug your shoulder; you don’t have to accept what is going on. It doesn’t have to be this way, and that you, once again, have amazing power (to make changes). … And have fun (in college).” 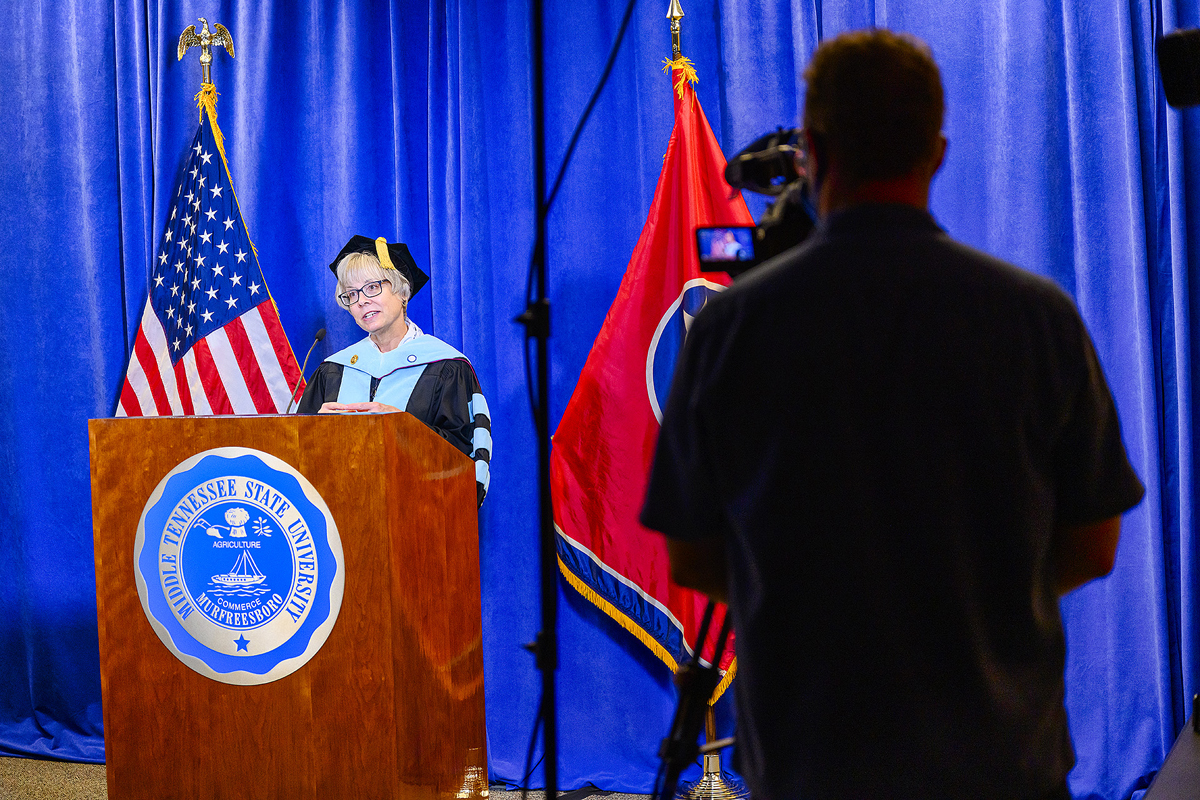 Hanna-Attisha, who wrote “What the Eyes Don’t See,” the Summer Reading Program book for new students, appeared with Beverly Keel, dean of the College of Media and Entertainment, in a question-and-answer session during the second half of Convocation.

Nathan Fisk, 18, a freshman mechatronics engineering major from Chattanooga, Tennessee, said “what stuck with me was her talking about doing the right thing versus what is easiest.”

“Everyone in life has big and small decisions to make,” the Silverdale Baptist Academy graduate added. “The right thing is often the hardest (decision to make). She faced a hard decision — doing what is right — that changed a lot of kids’ lives for the better.”

“The connections that you make … will change your life,” she said. 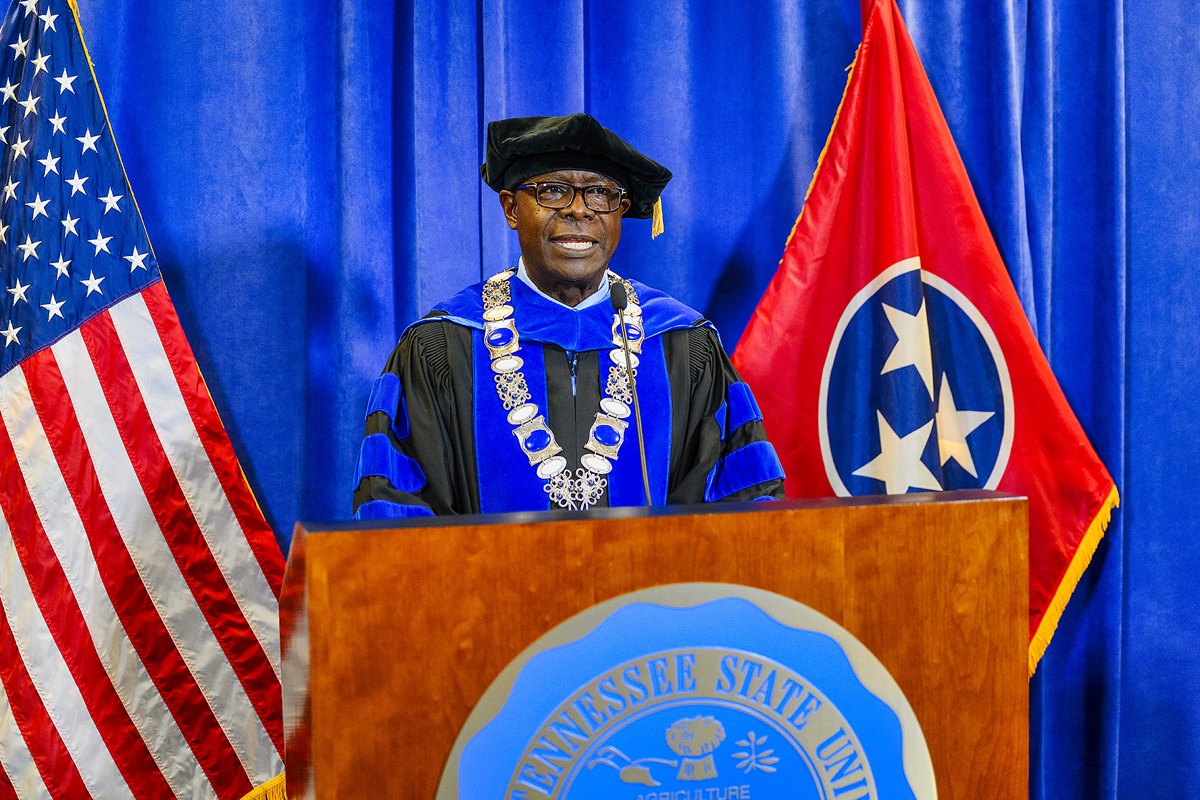 MTSU President Sidney A. McPhee brings “special greetings to the Class of 2024 and an outstanding class of transfers” during the virtual Convocation ceremony Saturday, Aug. 22. He told the remote audience this is “the beginning of significant new relationships — individuals who will literally change your life — and you will develop connections with faculty and staff at this great university.” (MTSU photo by J. Intintoli)

“The connection she made in high school made a big impact,” said Fisk, who finished the audio version of the book. “The friend she knew ended up being a water expert.”

McPhee told the audience this is “the beginning of significant new relationships for you. You’ll meet individuals who will literally change your life. … You will develop connections with faculty and staff at this great university.”

McPhee said he was “honored and pleased to bring special greetings to the Class of 2024 and our outstanding transfer students.’’

Faculty Senate President Rick Cottle, professor in the Department of Human Sciences, offered three pieces of advice to the students — “show up, do the work and communicate early if you are having a problem.”

Outgoing Student Government Association President Delanie McDonald, now a student trustee on the MTSU Board of Trustees, led in the reciting of the True Blue Pledge and told the newcomers, “Don’t let the fear of the unknown keep you from following your dreams at MTSU …” as she also welcomed them to campus.

Sells led a moment of silence for six students who died during the 2019-20 academic year. MTSU’s men’s and women’s chorale sang the national anthem. 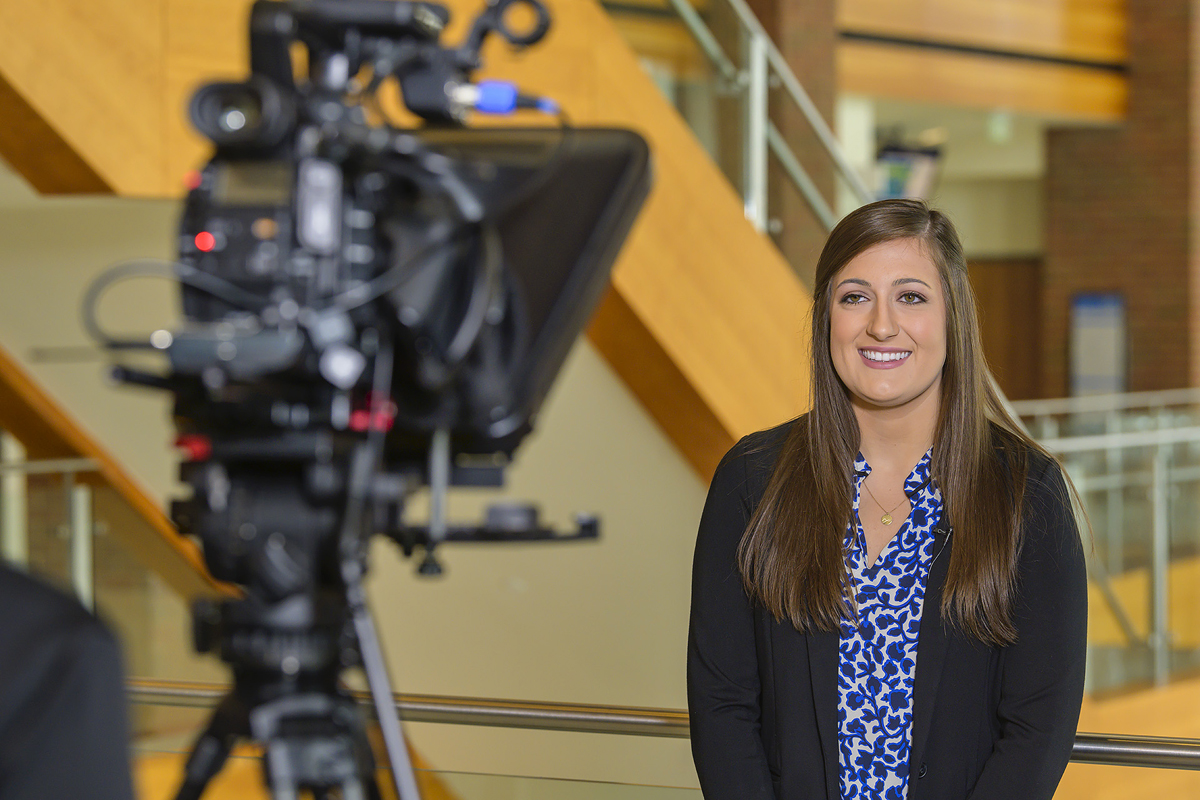 Delanie McDonald, former SGA President and current Student Trustee on the MTSU Board, leads news students in the reciting of the True Blue Pledge as part of the virtual Convocation Saturday, Aug. 22 in the Student Union Building. (MTSU photo by Andy Heidt) 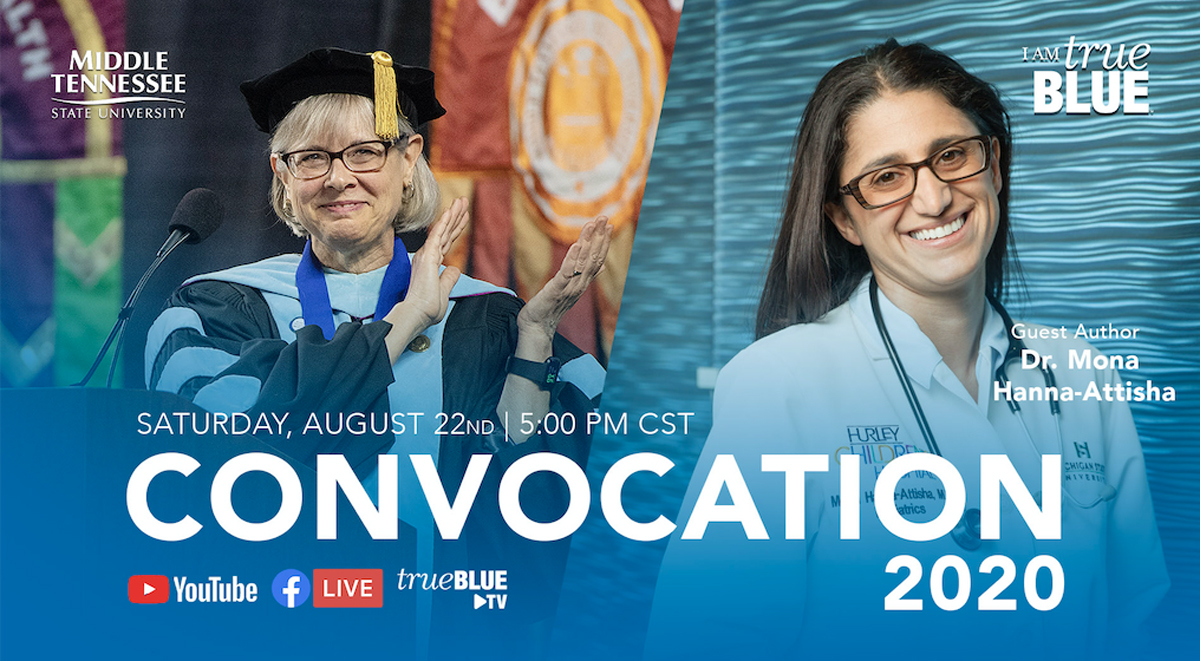