‘MTSU On the Record’ helps sto.. 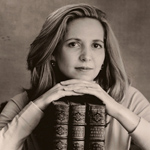 Coinciding with the statewide observation of Tennessee’s Civil War Sesquicentennial, award-winning author and historian Dr. Amanda Foreman will be the keynote speaker for the seventh annual MTSU Scholars Week.

Foreman, author of A World on Fire: An Epic History of Two Nations Divided, will provide a lecture at 7 p.m. Monday, April 1, in the Student Union Ballroom. A question-and-answer session and book signing will follow her free one-hour presentation, which is open to the public.

Scholars Week is a weeklong celebration of the university’s research and scholarly efforts. It will be held April 1-5. For a full list of activities, visit http://tinyurl.com/ctw93pp.

A World on Fire addresses the political, economic and military relationships between England and its former American colonies as the United States descended into the Civil War.

“I thought she would be excellent for Scholars Week because of the quality of her book, A World on Fire, and that her appearance would highlight our nationally known public history program and the state’s celebration of the 150th anniversary of Civil War events,” Bartel said.

Bartel said Foreman will meet with MTSU students during her campus visit.

In addition to A World on Fire, Foreman is the author of the award-winning best-seller, Georgiana, Duchess of Devonshire. She is the daughter of Carl Foreman, the Oscar-winning screenwriter of many film classics including “The Bridge on the River Kwai,” “High Noon” and “The Guns of Navarone.”

Born in London, raised in Los Angeles and educated in England, Foreman attended Sarah Lawrence College and Columbia University in New York. She earned her doctorate in 18th Century British History from Oxford University in 1998.

Georgiana, Duchess of Devonshire was a No. 1 best-seller in England and a best-seller for many weeks in the United States. It has been translated into 12 languages, was nominated for several awards and won the Whitbreak Prize for Best Biography in 1999. It inspired a television documentary, a radio play starring Dame Judi Dench and a movie, “The Duchess,” starring Keira Knightley and Ralph Fiennes.

In addition to regularly writing and reviewing for newspapers and magazines, Foreman also has served on a number of book award juries, including the Orange Prize, the Guardian First Book Prize and the National Book Awards. She currently serves as a judge for the Dan David Prize, the PEN Hessell-Tiltman Prize and the Man Booker Prize.

Foreman lives in New York with her husband and five children.