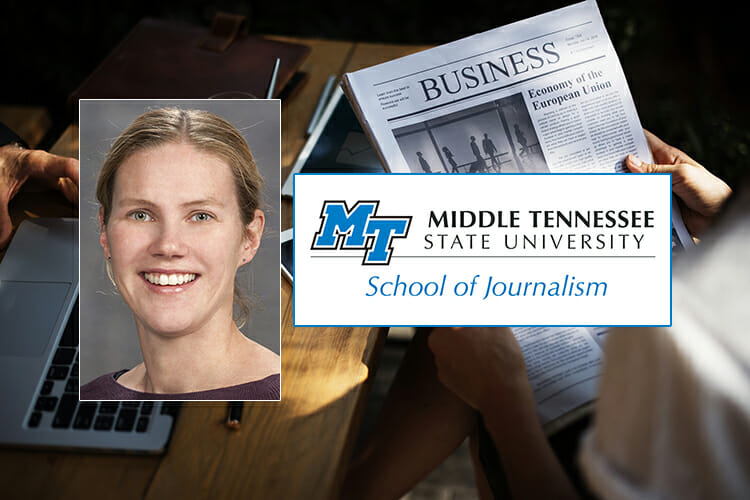 Foss, an assistant professor of journalism at MTSU, and Forde are co-authors of the article, “‘The Facts — the Color! — the Facts’: The Idea of a Report in American Print Culture, 1885-1910.”

The article appears in the 2012 edition of Book History, a hardcover annual distributed by Johns Hopkins University Press.

They will receive their awards in August at the Association for Education in Journalism and Mass Communication’s convention in Chicago.

The Carey Award, established in 2004, is presented annually from among nominated or submitted books or journal articles published in the previous year. The award honors the late Dr. James W. Carey (1934-2006),  recognized as one of the North American pioneers in applying cultural approaches to the study of mass media.

According to a Couch Center news release, award-winning work “must be of highest quality and employ Carey’s theories to focus on communication and public life, journalism, or popular culture. The winning entry this year was chosen from an exceptionally strong field of works submitted by a long list of outstanding scholars.”

Forde’s and Foss’s paper “explores what producers and observers of the late 19th- and early 20th-century American print marketplace understood an appropriate report of the world to be and how social forces and cultural values shaped this understanding,” the release noted.

The paper was described by members of the review committee as “well-researched, well-written, and well-argued; ambitious in its intellectual scope … a substantial and polished piece of work.”

The Carl Couch Center for Social and Internet Research (www.cccsir.com) is a nonprofit organization established to promote the scholarship of the late Carl J. Couch and his academic associates. Couch is recognized as the founder of The New Iowa School in sociological and communication inquiry and was a pioneer in the qualitative research of information technologies. The center provides networking opportunities for students and scholars who conduct social and Internet research, inspired by Couch’s work.