MTSU on WGNS: Autumn music, wo..

Discover how an expert studies.. 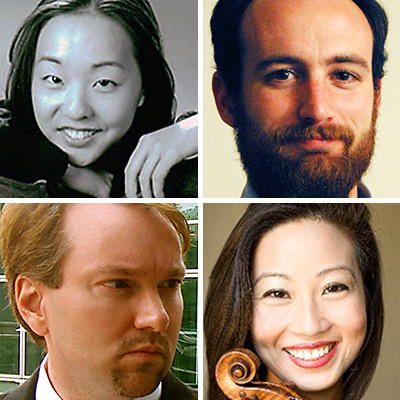 A searchable campus map with parking details is available at http://tinyurl.com/MTSUParking2015-16.

“I am excited to collaborate with these wonderful musicians,” Kim said, adding that the Brahms piano quartets “are among the greatest works in chamber music literature.

Kim, an assistant professor in MTSU’s School of Music, taught at Luther College and Rice University before joining the MTSU music faculty. She has performed for concert series throughout North America and Europe and, since moving to Tennessee in 2011, has played with ensembles throughout the region.

Kim also maintains a large private studio and works with students at special festivals and workshops, including the Tennessee Governor’s School for the Arts.

Lin is an assistant professor and director of the Pre-College Strings Program at Western Kentucky University. Recent performances and master classes have taken her around the country and world.

During the summer, Lin serves on the faculty at the Indiana University Summer String Academy and works with the WKU String Explosion. She plays a violin made in 1863 by Jean-Baptiste Vuillaume.

Braddock also teaches at Western Kentucky and, in addition to many local recitals, has performed in Israel, Austria, Indiana and Colorado.

Class, associate professor of collaborative piano and music director and conductor of opera theatre at the University of Tennessee-Knoxville, has recorded more than 15 CDs, including piano concerti by Brahms, Beethoven, Mozart and Schumann and several albums as a collaborative pianist and as a solo artist.

He has given solo recitals in numerous venues worldwide, including performances in New York’s Carnegie Hall.