'Dispatches from the DMZ': Lis.. 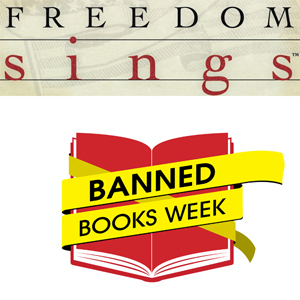 NASHVILLE — “Freedom Sings: The Music that Changed America,” an entertaining and innovative concert experience, is coming to the Nashville Public Library for a free Sept. 26 performance to kick off Banned Books Week.

Every year during Banned Books Week (www.bannedbooksweek.org), libraries, schools, bookstores, authors, publishers and readers across the country promote the freedom to read by highlighting the problem of censorship through public readings, displays, discussions and concerts.

Now in its 13th year of touring the country, Freedom Sings features music — from country to rock to pop — that has been banned or censored or has sounded a call for social change.

The Nashville Library performance is set for 2 p.m. Saturday, Sept. 26, at the main library located at 615 Church St. in Nashville.

Freedom Sings is co-sponsored by the Seigenthaler Chair of Excellence in the College of Media and Entertainment at Middle Tennessee State University. It was created as an educational program of the First Amendment Center at Vanderbilt University and the Newseum Institute in Washington, D.C.

“The concert encompasses five decades of compelling and sometimes controversial music, including songs originally performed by the Beatles, Black Eyed Peas, Marvin Gaye, Loretta Lynn and many more,” says Ken Paulson, author and narrator of the show and dean of MTSU’s College of Media and Entertainment.

“These are some of Nashville’s best players and they are absolutely inspired by the material,” says Freedom Sings music director and singer-songwriter Bill Lloyd. “The show works on a level that goes beyond entertainment.”