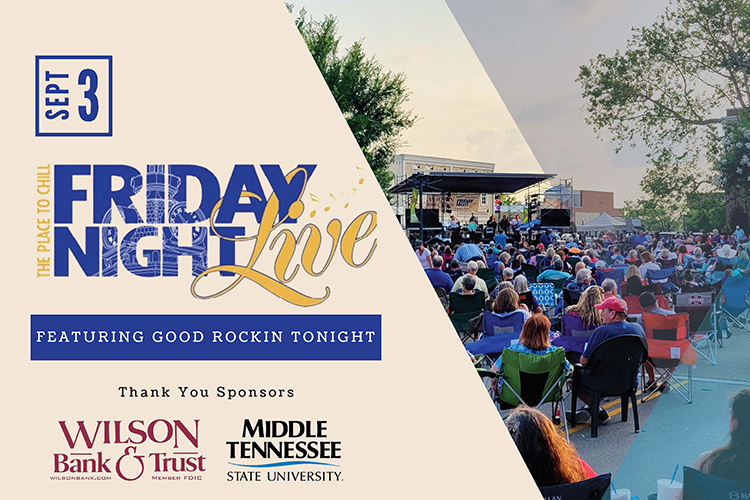 The final 2021 “Friday Night Live” concert series in downtown Murfreesboro will include some True Blue flavor and participation.

Middle Tennessee State University, in collaboration with Main Street Murfreesboro, is co-sponsoring the free Friday, Sept. 3, event from 6:30 to 9:30 p.m. on the Rutherford County Courthouse square. Featured performance will be by the band Good Rockin’ Tonight.

MTSU and Main Street Murfreesboro invite the entire campus community, alumni and supporters to come out with their lawn chairs to enjoy the music and atmosphere, and even cut a rug in front of the stage if so moved! During intermission this year the National Dance Club will have free dance lessons for all to join in the fun. 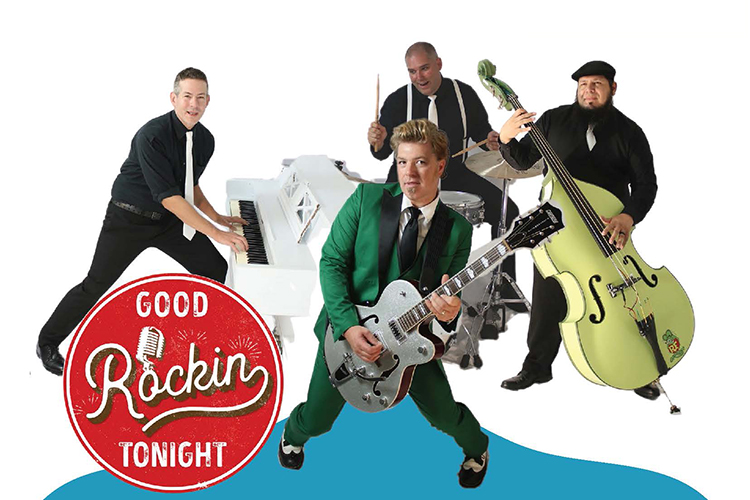 The band Good Rockin’ Tonight will be featured at the final Friday Night Live this year, set for 6:30 to 9:30 p.m. Friday, Sept. 3, on the Rutherford Couty Courtsquare in downtown Murfreesboro, Tenn. MTSU is co-sponsoring the Main Street Murfreesboro event. (Submitted image)

Joined by Blue Raider mascot Lightning, MTSU cheerleaders will lead a series of cheers mid-evening and Athletic Director Chris Massaro will provide brief remarks to remind the crowd about the Saturday, Sept. 4, home football opener against the Monmouth Hawks. Kickoff is at 6 p.m. at Floyd Stadium.

The home opener marks the return of the Beer Garden, Kids Zone and debut of MTSU chocolate milk, and, to celebrate the return of fans to a full capacity Floyd Stadium, MTSU will have a post-game fireworks show.

Current forecasts call for partly cloudy skies with a slight chance of rain both days. 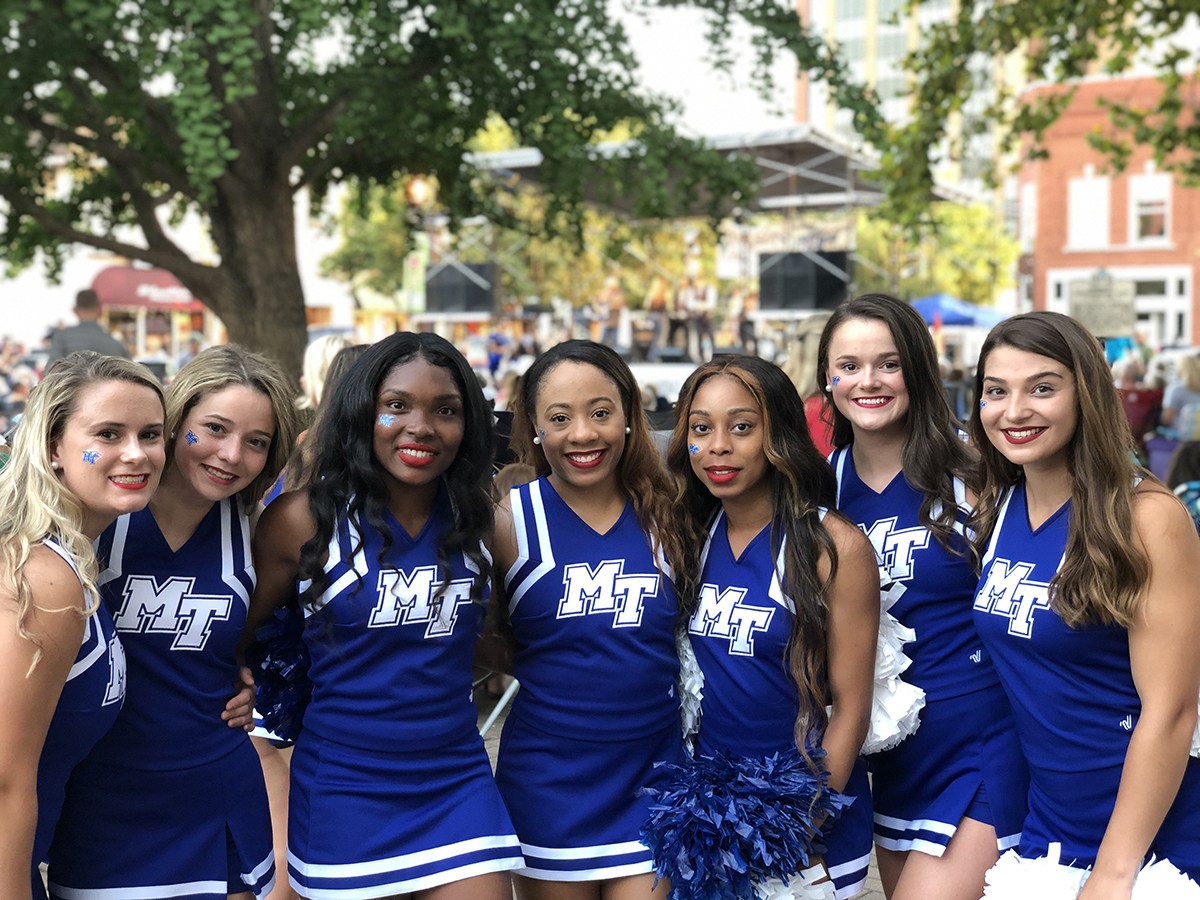 MTSU cheerleaders will be on hand to lead a series of cheers Friday, Sept. 3, as part of the final concert of the year for the free Friday Night Live concert series held on the courtsquare in Murfreesboro, Tenn. MTSU is a co-sponsor of Friday’s concert. (Photo courtesy of Main Street Murfreesboro)