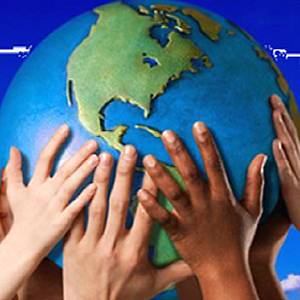 MTSU students interested in World War II are making plans now for staging their own Italian campaign next year as part of a new study-abroad course.

Dr. Derek Frisby, an associate professor of global studies and cultural geography in MTSU’s Department of History, will lead a group of up to 30 individuals on a 15-day trek through Sicily and Italy in July 2015.

Frisby said “the soft underbelly of Europe,” as British Prime Minister Winston Churchill described Italy, is an often underappreciated theater of operations in the war.

The itinerary will take the group to the beaches where British, Canadian and American forces invaded Sicily in July 1943 and trace the route Gen. George S. Patton’s forces took to Palermo.

“Italy controlled the Mediterranean, and that was crucial to European supply routes and logistical efforts,” said Frisby. “The Italian campaign was part of an effort to relieve pressure on the Russian front.”

The students then will visit the active volcano Mt. Etna and the dormant volcano Mt. Vesuvius. They’ll also tour the ruins of the ancient city of Pompeii, which was destroyed when Vesuvius erupted in 79 A.D.

The critical World War II battle sites of Anzio and Salerno are on the group’s agenda, along with tours of the Vatican, the Coliseum, the Forum and some wine tasting and craft sampling in the cities of Naples and Florence.

“This trip is really about warfare and culture and the memory of warfare,” said Frisby, who noted that he welcomes the opportunity to include some ancient and cultural history, too.

Dr. Louis Haas, Frisby’s history-department colleague who specializes in the Middle Ages and the Renaissance, will be part of the group to provide his expertise in these areas. Haas has conducted extensive historical research in Florence.

Frisby said the cost will run at least 20 percent less than an average commercial tour’s price. Group airfare will cost $1,885 per student, he said, and each student’s total trip cost should be $4,200 to $4,500.

The true benefit of the trip is its origin as a faculty-created, faculty-led course. Frisby said this plan enables the professor to improvise and alter the schedule if students find something else of interest along the way.

“It allows faculty members to customize the experience for the students,” Frisby said. “The professors get to know the students before they leave. They get to talk to the students and discuss what their research interests are.”

Frisby, who has led World War II-focused study-abroad excursions to Pacific islands and western Europe, will require a deposit of $500 from each student in the next 30 days to reserve a place on the trip.

Financial aid for students is available through the Office of Education Abroad. For more information about financial aid, call 615-898-5179 or email educationabroad@mtsu.edu.