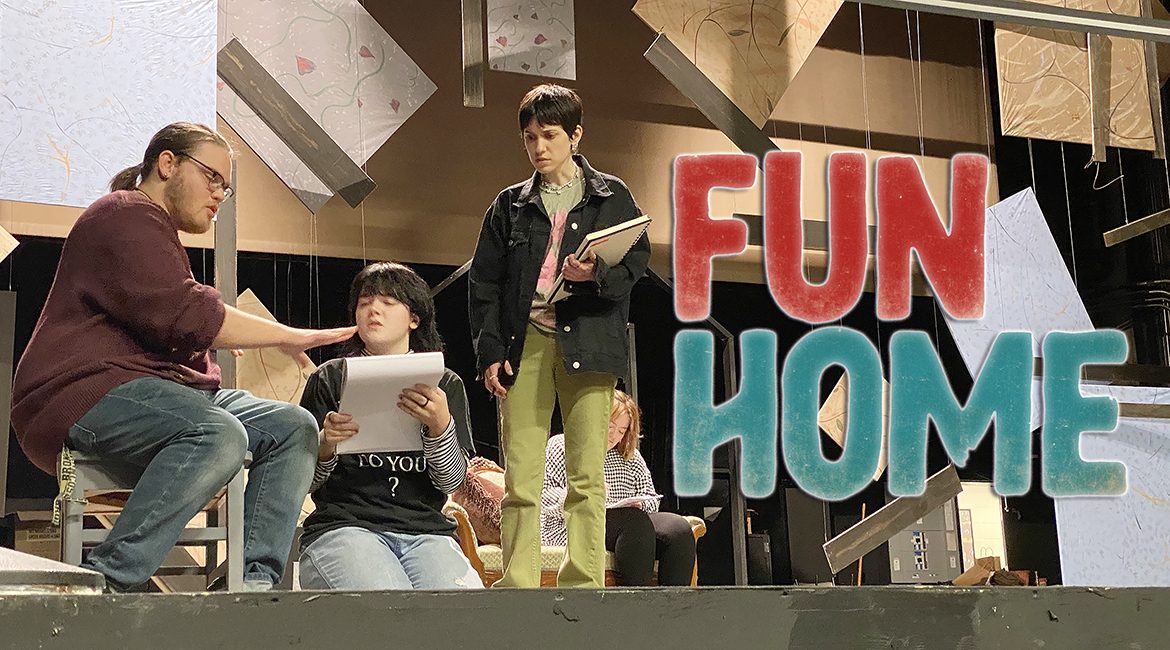 MTSU Theatre students are once again bringing Broadway to Middle Tennessee audiences by showcasing family relationships and self-awareness with their April 7-10 production of the multi-Tony-winning musical “Fun Home.” 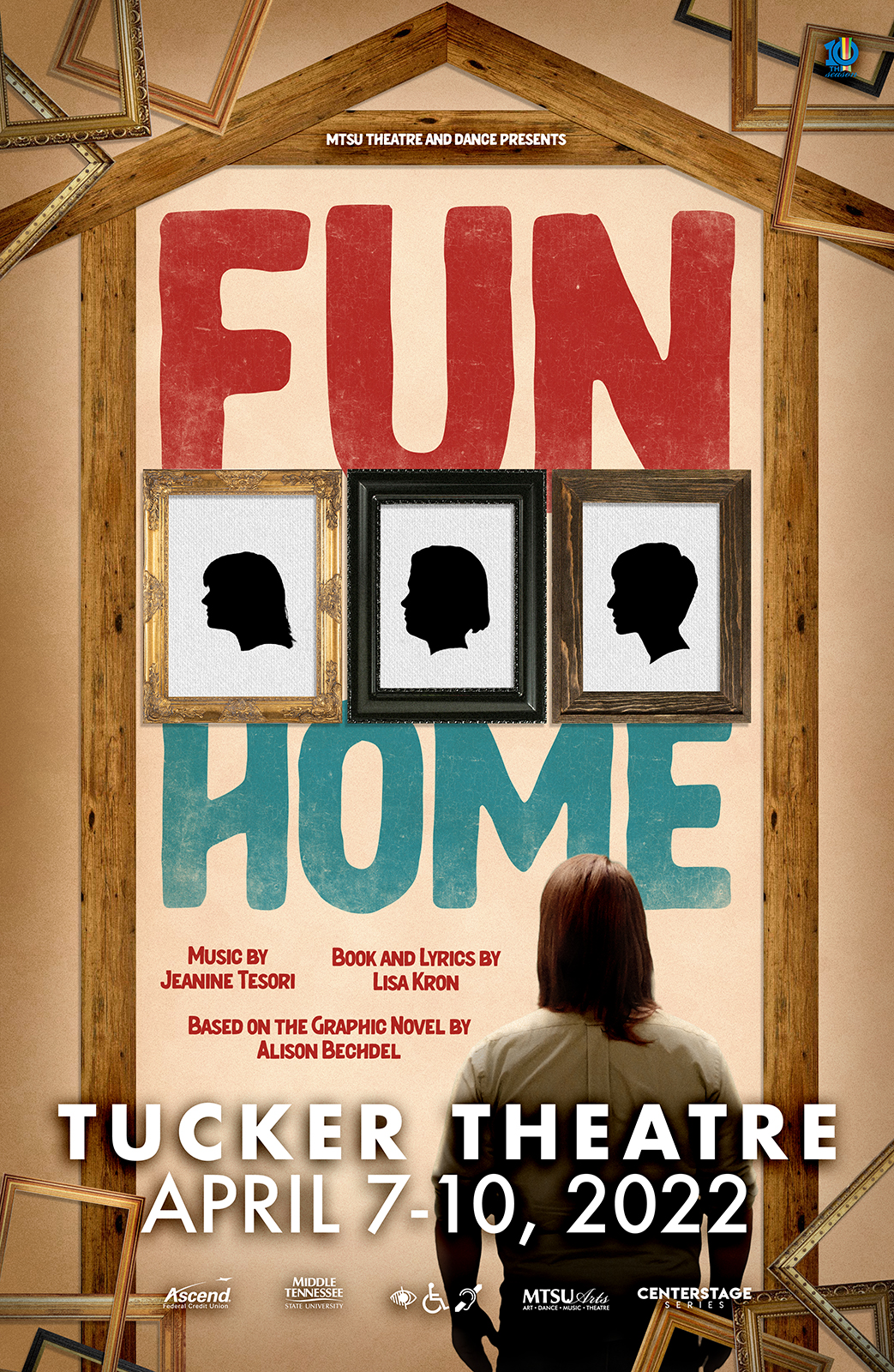 Tickets are $15 general admission and $10 for K-12 students. MTSU students, faculty and staff can attend free by presenting a current university ID at the Tucker Theater box office.

Information on tickets, a digital program listing the cast and crew, and more show details are available at https://mtsu.edu/theatreanddance/funhome.php.

Guests are encouraged to wear masks and follow social distancing measures inside Tucker Theatre. The venue is fully accessible for people with disabilities, including hearing, vision and mobility needs.

“Fun Home” began as Bechdel’s 2006 New York Times bestselling graphic memoir, in which she used her award-winning illustration and storytelling skills, honed by years of work on her acclaimed syndicated comic strip, “Dykes to Watch Out For,” to delve into her childhood and family.

She uses a nonlinear style with literary and pop-culture allusions to study herself and her developing sexuality as a lesbian as well as her family and her relationship with her father, a closeted gay man whose deep unhappiness led to abusive behavior and ultimately to what Bechdel believes was his suicide.

The title “Fun Home” plays on both the family’s nickname for its business, a mortuary, and the conditions created in it by Bruce Bechdel’s misery at being untrue to himself and his loved ones.

In 2009, playwright Lisa Kron and composer Jeanine Tesori turned “Fun Home” into a musical that debuted off-Broadway in 2013 and earned a nomination for a Pulitzer Prize for drama. It moved to Broadway in 2015, where it won five Tony Awards.

“All of us, no matter what our stories are with our families, we look back at the things that make us who we are, through our memory of ‘Was that thing true that happened?’ And Alison sings over and over again, ‘I want to know what’s true, dig deep into who and what and why and where’ to figure out where she is now,” Shouse says of the production.

She notes that while “Fun Home” is about LGBTQIA+ experiences, every audience can relate to the common denominators of family, love and growing up confused about your place in the world.

“I think people see themselves (in ‘Fun Home’) with their parents and their family; it’s not limiting in that way. It really is an expansive story that is about that (Bechdel’s experience) but then is also about how our relationships with our parents made us who we are.”

Shouse, who teaches theatre directing in MTSU’s Department of Theatre and Dance in the College of Liberal Arts, also is a working freelance director with extensive credits and the former associate artistic director at Chicago’s Northlight Theatre as well as an artistic associate at Nashville Repertory Theatre.

Shouse also directed MTSU’s recent productions of “Ride the Cyclone” and “Everybody.” 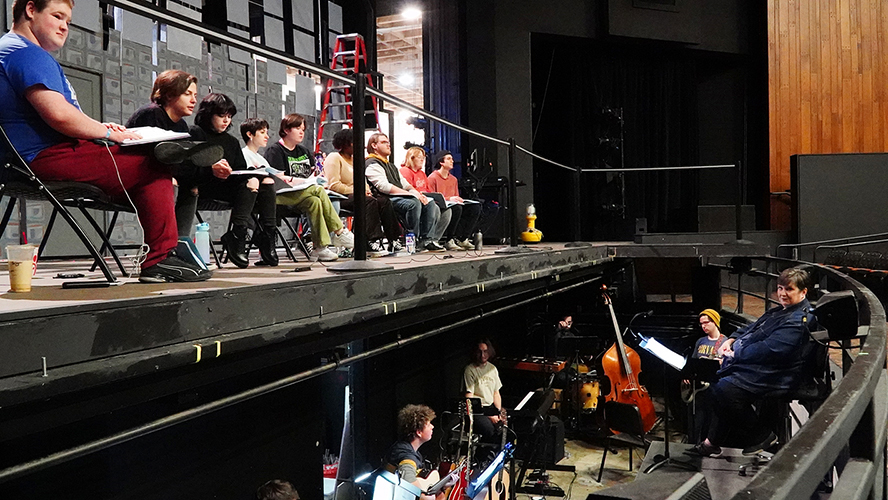 Her cast for “Fun Home,” which is part of the 10th season of the College of Liberal Arts’ “MTSU Arts” brand for the university’s fine arts programs, includes:

A complete cast and crew listing is available in this digital program.

The MTSU Department of Theatre and Dance notes that “Fun Home” explores subjects that may be triggering to some audience members, including mentions of suicide, negative responses to the LGBTQIA+ community, grooming of minors and psychological abuse.

The MTSU Center for Counseling and Psychological Services can provide in-person and distance counseling services by calling 615-898-2670. The National Suicide Prevention Lifeline is also available at 800-273-8255. 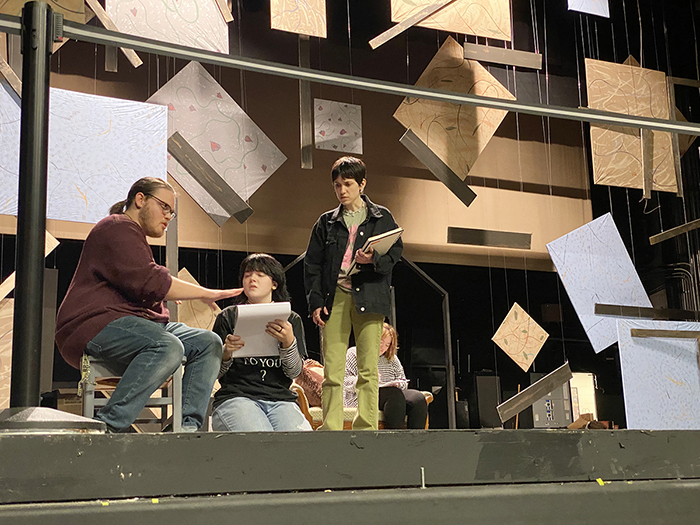