‘MTSU On the Record’ presents .. 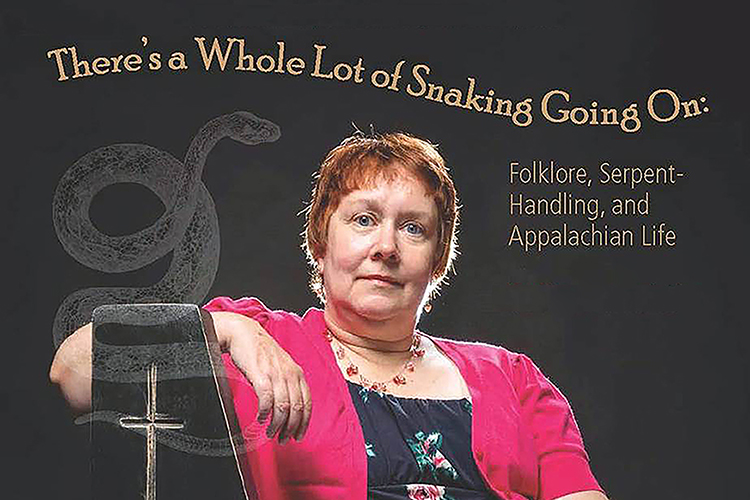 MTSU English professor and folklorist Patricia Gaitely will lay hands on a controversial yet fascinating religious practice when she speaks Thursday, Nov. 20, in a free public lecture on campus.

“There’s a Whole Lot of Snaking Going On: Folklore, Serpent-Handling and Appalachian Life” is the topic of Gaitely’s talk, set from 6:30 to 7:30 p.m. Nov. 20 in the Tennessee Room inside MTSU’s James Union Building.

A searchable campus map with parking notes is available at http://tinyurl.com/MTSUParking14-15.

Gaitely, an associate professor in the English department and a native of Great Britain, came to the United States to attend graduate school. She joined the MTSU faculty in 2006 and began a closer study of the predominantly Appalachian churches that use venomous snakes in their services to demonstrate the depth of members’ faith.

“As a Christian, I am very interested in how others of the same faith express that faith,” Gaitely said in an interview published in the fall 2014 edition of MTSU’s College of Liberal Arts magazine.

“I’m also interested in snakes and belonged to a reptile club in Alabama. So it was an intriguing combination for me.”

Snake handling was first documented in East Tennessee in 1909, and the state banned the practice in 1947. The Tennessee Supreme Court ruled in 1975 that the practice was too dangerous to the public to be permitted in the name of freedom of religion.

Recent cases involving ministers arrested for possessing venomous snakes, however, have been dismissed after grand juries refused to indict them.

In addition to her research on snake handling, Gaitely’s folklore studies expertise has also led to publications, presentations and research on topics such as folklore in the fiction of James Lee Burke and the appearance of birds as harbingers of hope for grieving people.

You can read a printable version of the College of Liberal Arts magazine article “Faith Handlers: A folklorist studies a widely misunderstood Appalachian tradition” here.

Gaitely’s lecture is presented by MTSU’s College of Liberal Arts and the Department of English. For more information, contact Connie Huddleston at connie.huddleston@mtsu.edu or 615-494-7628, or Dr. Bené Cox at bene.cox@mtsu.edu or 615-898-2714.