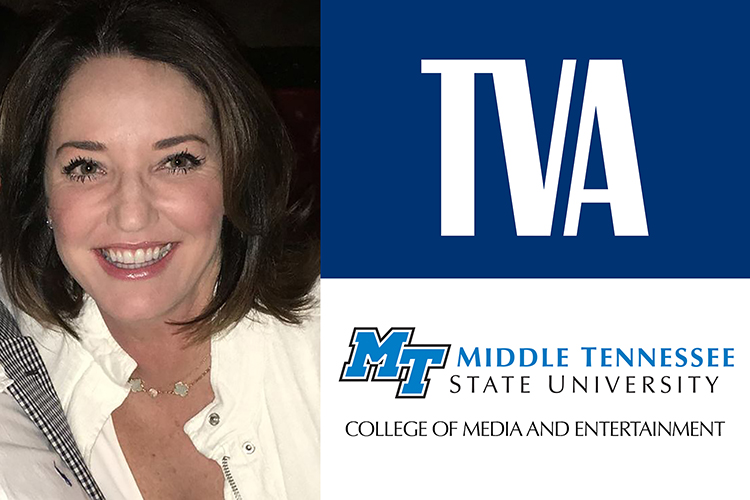 A Middle Tennessee State University alumna is among President Joe Biden‘s new group of nominees to fill one of four open seats on the Tennessee Valley Authority’s board of directors.

Beth Prichard Geer of Brentwood, Tennessee, the longtime chief of staff for former Vice President Al Gore and a graduate of what’s now the MTSU College of Media and Entertainment, must be confirmed by the U.S. Senate in a still-to-be-scheduled hearing.

The TVA, a federal agency that provides electricity to 10 million customers across Tennessee and portions of six other states, has a nine-member board appointed by the U.S. president. Two of the nominees, including Geer, would fill seats left open by board members whose terms expired May 18; two are vacancies created by the previous administration ousting the members.

Geer is the second MTSU-connected TVA board appointee in as many years. Former state Rep. Beth Harwell, MTSU’s Distinguished Visiting Professor in political science, was sworn in as a new TVA board member Jan. 5.

Geer, an Alexandria, Tennessee, native, earned her bachelor’s degree from MTSU in 1987, concentrating on advertising and public relations in what was then the Department of Mass Communication. She’s also earned a Public Leadership Executive Certificate from the Harvard Kennedy School’s Senior Managers in Government program.

In the official White House announcement of her appointment last month, officials noted that Geer’s long career in public service, with senior roles in the Clinton-Gore White House, U.S. Department of Labor and the U.S. Senate, has given her extensive policy and outreach experience on issues that include climate change, environmental justice and regenerative agriculture.

Geer also is a member of Nashville Mayor John Cooper’s Sustainability Advisory Committee, which is helping address climate change and alternative energy issues in Metro government and develop a climate action plan for the city.

Geer’s three fellow TVA board nominees are Robert Klein, a retired line foreman for the Electric Power Board of Chattanooga; Kimberly Lewis, CEO of Huntsville, Alabama, engineering and logistics company PROJECTSYZ; and Michelle Moore of Richmond, Virginia, former leader of the sustainability and infrastructure delivery teams for the Obama Administration and current CEO of Groundswell, a clean energy nonprofit.

The Senate has received Geer and the other candidates’ nominations and has referred them to its Committee on Environment and Public Works, which handles TVA board appointments. No hearing dates or additional action are scheduled so far.

If confirmed, Geer’s term on the board will continue until May 18, 2026. She’ll be replacing outgoing former coal company executive Kenneth Allen.

Rules set for TVA’s board allow members to remain on the panel until the end of the current congressional session, usually in December, or until their successor takes office.

Harwell, who was confirmed by the U.S. Senate 11 months after her January 2020 appointment, was sworn in as a TVA board member seven months after her Senate confirmation. Her term expires May 18, 2024.

Harwell, the first female speaker of Tennessee’s House of Representatives, joined MTSU’s College of Liberal Arts faculty as a visiting professor in the Department of Political Science and International Relations in 2019.

Along with its role as a power provider, the Tennessee Valley Authority, established by Congress in 1933, provides flood control, navigation and land management for the Tennessee River system.

Its nine board members, who meet quarterly in TVA’s various service areas, serve staggered five-year terms. Their role is to establish TVA strategies, goals and objectives; set long-range plans and policies; and ensure that TVA staff implement those decisions.

Federal law gives each board member a stipend, adjusted annually with all federal executive appointees’ pay and currently set at $55,142 per year, plus travel and related expenses. The board chair, who’s chosen by the members, receives $60,175 per year.

For more information about the TVA board of directors, visit www.tva.com/about-tva/our-leadership/board-of-directors.