Geology instructor makes no bones about love of di...

Geology instructor makes no bones about love of dinosaurs 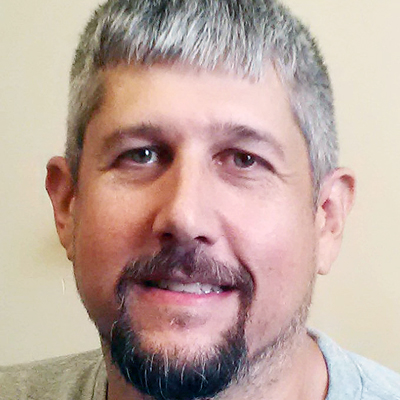 While spending some time this summer digging for dinosaur bones in Montana, MTSU geology instructor Alan Brown also discovered what it means to make a young boy’s dream come true.

MTSU geology instructor Alan Brown helps 8-year-old Diego Fernandez with a hadrosaur rib bone founad in the badlands area of Montana this summer. Diego, who has leukemia, loves dinosaurs and wanted to dig for bones, a wish made possible through the Make-a-Wish Foundation. (photos submitted)

For the past three summers, the 40-year-old Brown, who also serves as director of MTSU’s Mineral, Gem and Fossil Museum in Ezell Hall, has traveled to the badlands of Montana to work with friend and paleontologist Jerry Jacene.

Jacene has volunteered for a decade with the Make-a-Wish Foundation to fulfill the dreams of children with life-threatening medical conditions who have an interest in dinosaurs. Last year, he asked Brown to help him with the next request — a chance Brown just couldn’t pass up.

“It sounded like a great opportunity,” Brown said. “It’s a great organization, so I was happy to get involved and help out.”

Enter Christian “Diego” Fernandez, an 8-year-old Texan with leukemia who loves dinosaurs. How much does he love them? According to Brown, the child’s nickname, “Diego,” stems from the popular “Ice Age” movies, which include a prehistoric saber-toothed tiger of the same name.

Brown and Jacene scheduled their early-summer trip so that the last four days could be spent with Diego in Glendive, Mont., searching for dinosaur bones.

“I’ve always loved dinosaurs and seriously considered being a paleontologist in school, which a lot of times is a branch of geology,” Brown said, “but I was told when I was in school that there were no jobs in paleontology, which is pretty true.

Brown and Jacene prepped the digging site to make it more easily accessible for Diego, whose parents and three older sisters joined him on the excursion.

“The badlands (area) is very rough, even if you’re in great shape,” Jacene said. “It’s the real deal. We take them out and show them how to look for them (fossils).”

Two bones were found, including a piece of a rib bone from a duck-billed dinosaur, “which were pretty big,” said Brown, adding that such an animal was 25 to 30 feet long. The rib bone they discovered was an 18-inch section. The other piece “was a little bit broken up,” Brown said, but the adventurers believed it to be an arm bone of the same type of dinosaur.

Eight-year-old Diego Fernandez proudly shows the plaster “bandage” holding the dinosaur bones he dug up earlier this summer in the badlands of Glendive, Mont.

Brown and Jacene also had a chance to “teach” a little as they helped, explaining to Diego that these creatures were plant eaters known as hadrosaurs and were called “duck-billed” because they had flat, wide mouths.

While pleased with the discovery, Diego had a bigger find in mind.

“He was really hoping to find a Tyrannosaurus rex bone,” Brown said of their young partner. “We were in the right area, digging in the right kind of rocks where T. rex bones are occasionally found, but they are much rarer.”

Last year in Montana, Brown found bones from a relative of the T. rex.

“That’s up in my office right now.”

“He seems to have a natural talent for it,” Jacene said of his friend’s discoveries.

But a find is still a find, and Brown and Jacene taught Diego how to apply the plaster “bandages” around the bones so that they could be removed from the site and taken back to a laboratory to be safely studied

“He was kind of a quiet kid, but you could tell he was really enjoying it,” Brown said. “And he made sure each of his sisters was involved with it, too. If one of the sisters hadn’t done anything for a while, he’d say, ‘I want you over here to help me dig,’ or ‘I want you to help put this plaster on,’ so he made sure the sisters were getting their fun in it too.”

Jacene said he eventually will bring Diego and his family to the laboratory to show them how to properly clean and retrieve the bones from the plaster casings.

The boy’s joy left a lasting impression on Brown, who plans to work with Make-a-Wish again.

“Just sitting there in the badlands and digging up the bones with him, knowing how much he was enjoying it, was great,” Brown reflected. “The whole time, he had such a big smile on his face.”

“You just don’t do this and then walk away and forget about it. Now Alan is going to be a part of that,” Jacene said. “I think this is something Middle Tennessee State University should be proud of.”